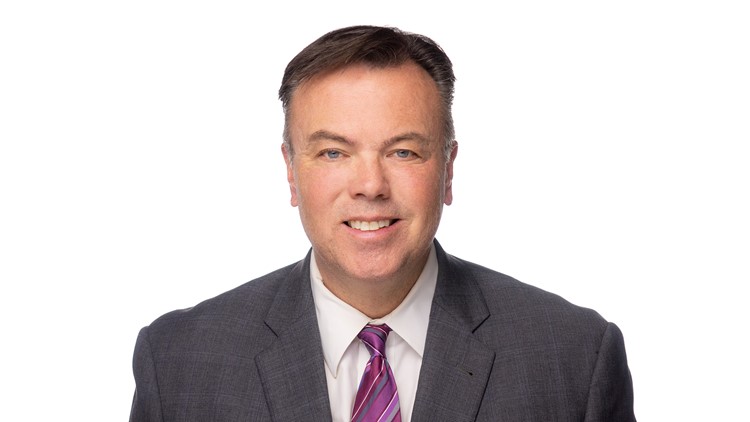 Life, and often times one's career, can be a book of chapters. In the spirit of that metaphor, I am continuing my new chapter since returning to 13 ON YOUR SIDE.

After spending 20 years as a sports anchor/reporter in West Michigan, my new role is "Storyteller." Who doesn't want to sit down to read or watch a good story? It's not easy these days to get people to put down their mobile devices long enough to truly allow a story to capture their undivided attention, but that's my daily challenge now at 13 ON YOUR SIDE.

"Our Michigan Life" stories range from shipwrecks, to 103-year-old yoga instructors, to athletes overcoming adversity, to a former heroin addict seeking atonement for selling the drugs that killed his best friend.

If the viewer feels something while watching a good story on TV, they'll likely pay attention from beginning to end.

I work very hard not only to seek out stories that I think will be of interest to West Michigan TV viewers, but also conceptualize and craft these longer-form stories in a way that will be memorable and hopefully impactful in some way.

If you know of a good human interest story, please don't hesitate to contact me through email: brentashcroft@wzzm13.com.

I started my West Michigan TV career started during my junior year at Grand Valley State University. I was hired as a sports intern by the late Warren Reynolds at WOOD TV-8 in Grand Rapids. After I graduated from college, I landed my first fulltime TV job here at WZZM TV-13 as a news photographer. Less than three years later, the sports desk called, and I got my start as a sports anchor/reporter.

After six great years at WZZM, I left in 1998 to become the Sports Director of Fox 17 WXMI in Grand Rapids. I was tasked with the responsibility of building the WXMI sports department from the ground up. During my ten years as sports director at Fox 17, I enjoyed covering many major sports events: Red Wings in the Stanley Cup Finals three separate times; Ryder Cup in 2004; Pistons in the NBA Finals in 2004 & 2005, The MLB All-Star Game at Comerica Park; 2006 World Series; Super Bowl 40 in Detroit; PGA Championship in Detroit; Detroit Tigers Spring Training in Lakeland in 2007 & 2008, as well as NASCAR's Daytona 500 in both 2007 & 2008, not to mention all the high school and local college sports teams I had the joy of covering during those years.

In June 2010, I was able to come full circle, returning to WZZM where it truly all started for me, and couldn't be more grateful for the opportunities I have had, which have led to numerous awards.

My storytelling has earned 44 Michigan EMMY nominations, including 17 EMMY wins. I have also won seven prestigious Regional "Edward R. Murrow" awards, and a National Edward R. Murrow award in 2016 for my story entitled, "Big Ann", which is about a local student-athlete, AnnaLee Konsoer-Rose, who was fighting for her health during her senior year of high school after a rare diagnosis.

From a passion for sports to a passion for storytelling, I have just about done it all in my television career, except for weather forecasting, which is for certain out of my league!

I live in Ada, Michigan with my wife Lori, daughter Sydney and son, Brady.