Peter Weber went through emotional turmoil while trying to find his wife on The Bachelor. He also went through a physical golf cart.

Weeks into his season, the 28-year-old pilot suffered an injury to his face in Costa Rica. Host Chris Harrison eased concerns at the time by assuring fans Weber would make a full recovery, but as the Bachelor told ET, it didn't always feel that way.

"There was a ton of blood. It looked like a murder scene when it happened," he explained during a recent interview with ET's Lauren Zima. "It just started pouring out."

"My forehead was literally split open," he recalled.

Weber clarified that despite early reports, he didn't get cut by the glass after tripping. "I just sat in the golf cart, banged my head, reacted and smashed the glass in my forehead," he said.

"There's the battle scar," he joked of his injury, which forced him to be rushed to the hospital and receive stitches.

"I was kind of, like, dazed," Weber remembered. "I didn't feel it at all, to be honest. My endorphins were just, like, firing, and everyone just rushes over and puts their hand on it. I ended up finding out later on how bad it was. I've seen the first picture and I was like, 'Oh my god. I'll never look the same again. The plastic surgeon, he took care of me. He did a good job."

"I could feel the plastic surgeon pulling my skin over to stitch it up," he said.

🚨SPOILER ALERT🚨 i won the bachelor

Despite the injury, Weber didn't miss a day on set. The women flew into Costa Rica the day after his accident, and the following day, he went on a date. "It didn't slow anything down, which is cool. But I walk up and I see them for the first time and they were just like, 'Oh. OMG, what happened?' I told them some crazy story like I fought a Puma off in the jungle to kind of like make it sound better," he joked.

By the time production moved to Chile, Weber had his stitches removed. "It kind of does play a role in a little bit later on in the season. I'm not gonna spoil it, but it's actually kind of cool. The girls took care of me. They definitely kind of felt bad about it, but I wasn't gonna let this slow down my journey to find what I really wanted and it's all good. I got a battle scar now."

The Los Angeles native said his literal scar was just as worse as the emotional scars he suffered while filming The Bachelor. His heart gets broken, but not as badly as it did when Hannah Brown broke up with him on The Bachelorette.

"It was the most amazing experience of my life, but the toughest," he told ET. "I had such an insane, such an amazing group of women that I fell, and I fell for multiple people. I did."

"It was tough for me, giving my heart to different people and for sure the last week was the hardest of my life. I never thought, never pictured it going that way. I never imagined feeling that or ending that way," Weber continued, adding that his finale is "crazy."

The half-Cuban Bachelor won't reveal whether he's engaged, but getting to his "happy" ending certainly led to a lot of tears. He said he cried more than any other Bachelor in the show's now-24 seasons.

"But you know what? I'm OK with it. I'm not ashamed of it at all. I literally wore my heart on my sleeve from night one till the very last second of this whole experience, and I don't regret that for one second. I don't take anything back and that's who I am. And that's who I was gonna be the entire season and I'm proud of that," he shared.

The Bachelor premieres Monday, Jan. 6 at 8 p.m. ET/PT on ABC. See more in the video below.

'The Bachelor': What to Expect From Peter Weber's Season, From His Injury to Hannah Brown's Cameo (Exclusive) 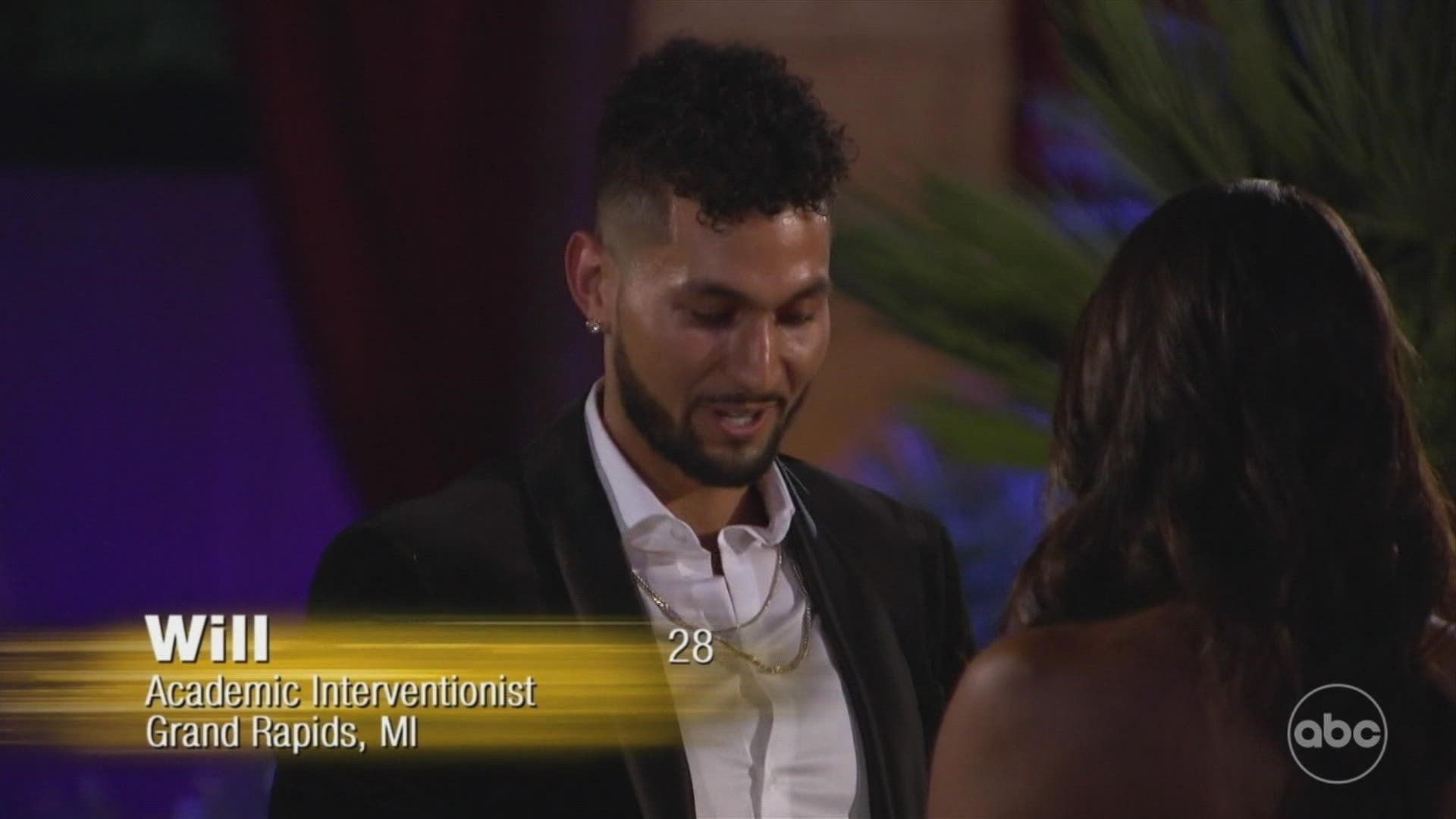