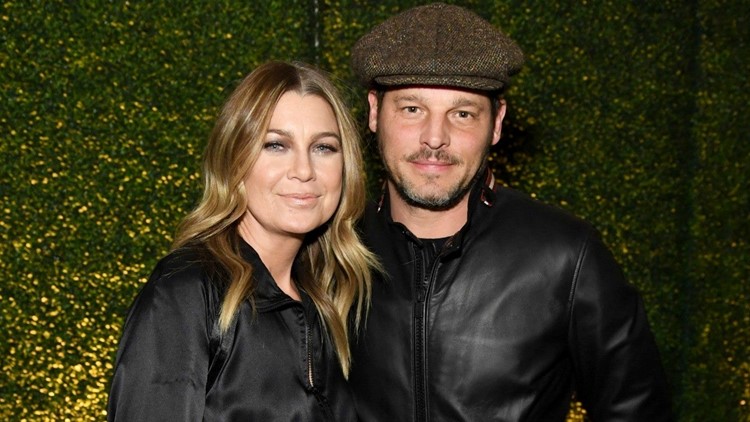 Ellen Pompeo reacted to the news that her longtime Grey's Anatomy co-star, Justin Chambers, is leaving the show after 16 seasons. Replying to a Vanity Fair tweet that read, "#GreysAnatomy is about to feel one of its biggest losses yet," the actress couldn't help but share her thoughts on Chambers' departure.

Chambers announced on Friday that he would be leaving the medical drama, explaining that he wanted to move on to new projects.

"There’s no good time to say goodbye to a show and character that’s defined so much of my life for the past 15 years," Chambers said in a statement to ET on Friday. "For some time now, however, I have hoped to diversify my acting roles and career choices. And, as I turn 50 and am blessed with my remarkable, supportive wife and five wonderful children, now is that time."

"As I move on from Grey’s Anatomy, I want to thank the ABC family, Shonda Rhimes, original cast members Ellen Pompeo, Chandra Wilson and James Pickens, and the rest of the amazing cast and crew, both past and present, and, of course, the fans for an extraordinary ride."

However, fans were even more shocked to find out that Chambers' final episode had already aired. So how did Alex Karev's story end? A bit open-ended, which will likely leave fans hoping for a future return.

Chambers' last episode of Grey's aired on Nov. 14, when the devoted doc fought to keep pal Meredith Grey (Pompeo) from losing her medical license by bringing dozens of her former patients to her hearing and reading letters of support from Grey's docs past like Cristina Yang (Sandra Oh). He did not appear in the subsequent season 16 fall finale.

Meanwhile, Grey's Anatomy has been renewed for season 17 by ABC. It's been a landmark 16th season for Grey's, which surpassed ER as the longest-running primetime medical drama last February. As for when the show will eventually come to an end, Pompeo was candid about when she'd hang up her scrubs as Meredith Grey.

"It's something Shonda [Rhimes] and I will decide together," Pompeo -- who also serves as a producer -- told ET last October. "I've been doing it a long time and I do get restless, but the fans are just still so passionate about the show."

"I think the fans will let us know," she added. "When the numbers start to drop and people aren't watching the same, people aren't as passionate about it... it's time to call it."