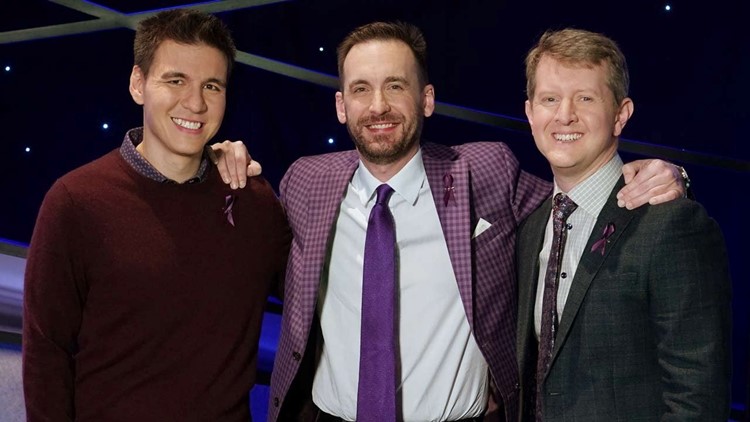 'Jeopardy!' Crowns Greatest Contestant of All Time -- See Who Won!

And the winner of Jeopardy! Greatest of All Time is…

It was a thrilling night on the trivia game show's episode on Tuesday, in which James Holzhauer, Ken Jennings and Brad Rutter competed for the final chance to be crowned the greatest Jeopardy! player of all time. The three highest-earning champions in Jeopardy! history took their places behind their podiums, buzzers in hand, for a tense night of trivia.

After a nail-biting night -- and a third victory out of four matches -- Jennings became the G.O.A.T., taking home the title and claiming another $1 million prize. Jennings and Rutter took home $250,000.

While Jennings now holds the major honor, it's Rutter -- who first appeared on the game show in 2000 -- that holds the title for winning the most money in Jeopardy! history with a total of $4.6 million. Then there's Holzhauer who holds the most Jeopardy! records than any contestant.

Meanwhile, fans on social media couldn't get enough of the game and Holzhauer's joke during the show when host Alex Trebek cleared the contestants' scores.

Holzhauer had 34,181 points, Jennings had 65,600 points, and Rutter had zero. When Trebeck said that he would "get rid of those scores" and they reset to zero, Holzhauer quipped, "Brad's score is still on there."

KEN JENNINGS MIGHT WIN BUT JAMES HOLZHAUER IS TRULY THE GOAT 😂😂😂😂😂😂😂 #JeopardyGOAT#Jeopardypic.twitter.com/JwQAlBUnmL

Meanwhile, earlier this week at the Televisions Critics Association, Trebeck --  who was diagnosed with stage 4 pancreatic cancer -- opened up about his recent health issues and how he's feeling these days.

"Some days are better than others. My resistance is lower than most of you, of course, because of the treatments I’ve been having, the chemotherapy. As you can tell, I have the cold that seems to be going around -- but this is the second time I’ve gotten it in a month. They got me off one of my chemo drugs, which was killing me. And I don’t know until tomorrow [when] I go in for some tests, and then maybe another week or so before I know where things stand," Trebek told reporters on Wednesday.

"But I have good days and bad days," he continued. "And during this tournament -- I mentioned this to my wife -- because I saw all the shows after they were edited, ‘Did you notice anything about the way I handled the shows?’ And she said, ‘I didn’t notice anything at all.’ I said, ‘I did. I seemed a little slower at the ad-libbed portions.' I could still deliver the clues at rapid pace to try to keep up with these three bright contestants. But I feel that I was not having one of my best weeks, so some weeks are good, some weeks are bad."

For more on Trebek's cancer battle, watch below.

Alex Trebek Has 'Rehearsed' His Final Day at 'Jeopardy!'