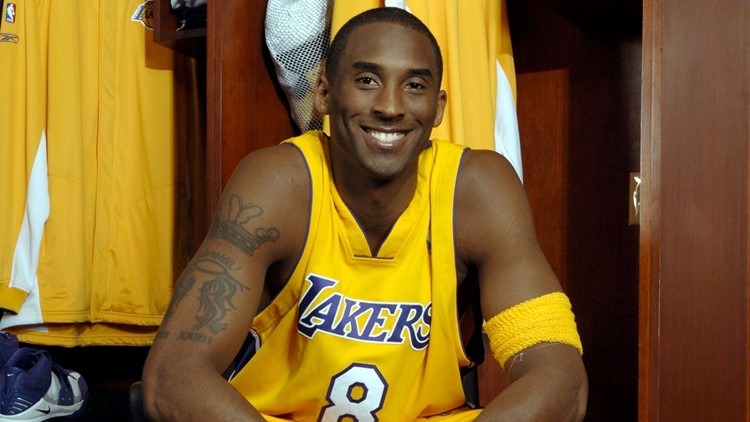 The public memorial for Kobe Bryant and his 13-year-old daughter, Gianna "Gigi" Bryant, is coming together beautifully. The "Celebration of Life for Kobe and Gianna Bryant" service is set to take place on today, Feb. 24 at the Staples Center in Los Angeles, where Kobe played the majority of his 20-year professional basketball career.

The legendary NBA star is survived by his wife, Vanessa Bryant, and the three other children they shared: Natalia, 17, Bianka, 3, and Capri, 7 months.

Prior to the public ceremony, ET confirmed that a private funeral for Kobe and Gianna was held at Pacific View Memorial Park in Corona Del Mar, California, on Friday, Feb. 7. The service took place two weeks after they died in a helicopter crash alongside seven others -- Alyssa Altobelli, John Altobelli, Keri Altobelli, Payton Chester, Sarah Chester, Christina Mauser and pilot Ara Zobayan.

"Vanessa and the family wanted a private service to mourn their loss," a source told ET at the time. "The ceremony was extremely hard for everyone as it's still hard for them to grasp they lost two beautiful souls."

When and where is the memorial: The celebration begins at 10 a.m. PT/1 p.m. ET on Monday, Feb. 24. It will take place inside the Staples Center, home of the Lakers.

Staples Center President Lee Zeidman says there are 35,000 red roses surrounding the stage for the service. Those attending will receive a T-shirt that features images of Kobe and Gianna as well as a program.

Those attending Kobe and Gianna Bryant’s memorial are receiving this T-Shirt and this program pic.twitter.com/Jfi44r6waV

The stage is set ⁦@STAPLESCenter⁩ for “A Celebration of Life” Kobe & Gianna Bryant pic.twitter.com/VhTxzXqrr2

Significance of the date: Ahead of the event, Vanessa took to Instagram to explain what 02/24/20 means to her and her family. No. 2 is Gianna’s jersey number, which retired by her school earlier this month during a ceremony at Harbor Day School in Corona del Mar, California. No. 24 is Kobe’s jersey from the 2006-2007 season until his retirement. And No. 20 is the number years of Kobe's career as Laker and the amount of years he and Vanessa were together.

Who is attending: In addition to Vanessa and her three other daughters with Kobe, invited guests will include family and friends of the Bryants, along with players from the Lakers and NBA officials.

Ahead of the memorial service, Dwyane Wade posted a photo of Kobe and Gianne from their time on the court.

The Celebration of Life service will also include speakers and performers. Among those speaking is Oregon Ducks player Sabrina Ionescu, who will be paying tribute to her mentor and his daughter. “Monday’s going to be a difficult day for her to speak at the memorial for Kobe and Gianna, but what a great opportunity and a great privilege and a great honor,” her coach, Kelly Graves said.

I miss you guys more than I could ever put into words 💔 Kobe, thank you for being a source of light in the midst of darkness.You were and always will be my sanctuary. You brought me the peace and guidance that I had been searching, and praying so long for. You were my mentor, idol, inspiration, and close friend. A part of me was lost Sunday, a void that can never be filled, because you are one of one. You took me under your wing and believed in me more than I believed in myself. I only have one choice. To live out your legacy. 🐍 You will forever live through me, and be watching over me every step of the way, because you have the best seat in the house. I can still hear you telling me, “Sab, real sharpness comes without effort,” and that’s a voice I will never forget. Love you boss. Always. Gigi, Alyssa and Pay Pay- Never stop shining your light! I was blessed to have been apart of your lives and to inspire you, but now you inspire me. Keep working on those fade away jumpers up in heaven. RIP little mambas❤️🐍 I pray for everyone who lost a loved one on Sunday, may God heal your broken hearts🙏🏼 Legends never die! #mambamentality🐍

How to watch: ET's live coverage will begin at 8 a.m. PT, with Kevin Frazier and Nischelle Turner live from the arena. Then starting at 10 a.m. PT, ET will stream the entire memorial, uninterrupted. (More information on ET's ongoing coverage here.)

Tickets for the event: A limited number of tickets will also be available to the general public via Ticketmaster Verified Fan, with all proceeds going to the Mamba & Mambacita Sports Foundation. The Lakers announced that fans may register to purchase tickets here starting on Friday and running through Monday, Feb. 17 at 10 p.m. PT. Registered fans will receive an email (or a text message) on Tuesday, Feb. 18, along with a personal access code. In the case that the demand for tickets exceeds supply, fans will be selected at random to participate in the public sale.

Tickets will then be released for public sale on Wednesday, Feb. 19 at 10 a.m. PT. Fans with personal access codes will be given access to purchase available tickets at three different price points depending on seating location -- $224 each, 2 tickets for $224 and $24.02 each. All tickets are nontransferable.

Hear more on the life and legacy of Kobe in the video below.