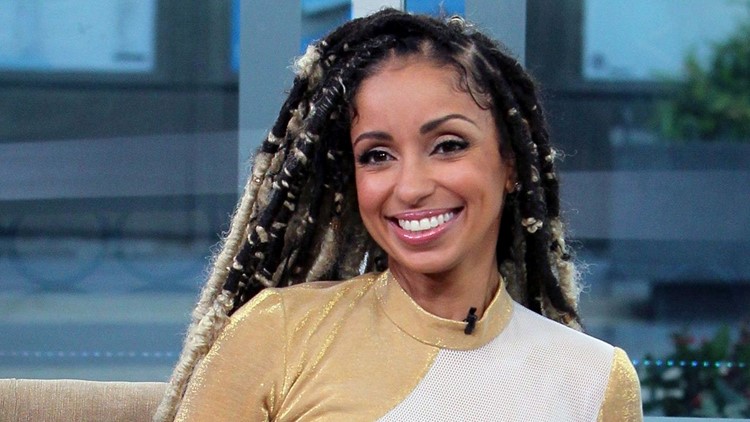 Surprise! Mýa Gets Married ...to Herself

Mýa is out to prove that you don't need anybody else to be a bride!

To celebrate Valentine's Day, the 40-year-old singer revealed via Instagram on Friday that she secretly tied the knot -- but it's not what fans originally thought.

According to her post, Mýa said "I do" on Seychelles Island in East Africa. The "My Love Is Like... Wo" singer wore a beautiful white veil and wedding gown, which included a satin belt and tulle train.

A few hours later, it was revealed that Mýa didn't actually marry anyone at all, but rather filmed a music video in Seychelles for her song, "The Truth," where she marries herself.

The video concept sounds rather similar to Lizzo's "Truth Hurts" music video where she too has a wedding and is the only one saying "I do."

Thank you for all of the beautiful messages & happy V-day. 🙏🏾💙 ~ Officially, Mrs. Lansky Wedding day link in bio.

Mýa's famous friends, including Sisqó, TLC's Chilli (Rozonda Thomas) and Lisa Yaro, didn't seem aware that she was having a wedding of one and immediately flooded her comments sections with congratulatory messages.

While Mýa is marrying herself, Lady Gaga proposed to herself on Valentine's Day.

"The idea that a woman can only propose to a man one day every four years is so completely ridiculous!" Gaga said of backing a campaign that encourages everyone to give the finger to outdated traditions and gender roles. "Anyone who knows me knows that I believe any person of any gender identity should be able to express any act of love to anyone else on ANY day of ANY year. So in an act of defiance of this outdated tradition, I decided to say yes to MYSELF! And wear this ring today with pride to remind myself and everyone that the only permission you need to love comes from within you."

For more Valentine's and Galentine's Day news, check out the stories below:

Maks Chmerkovskiy Wants to Be a 'Girl Dad': His and Peta Murgatroyd's Plan for More Kids (Exclusive)