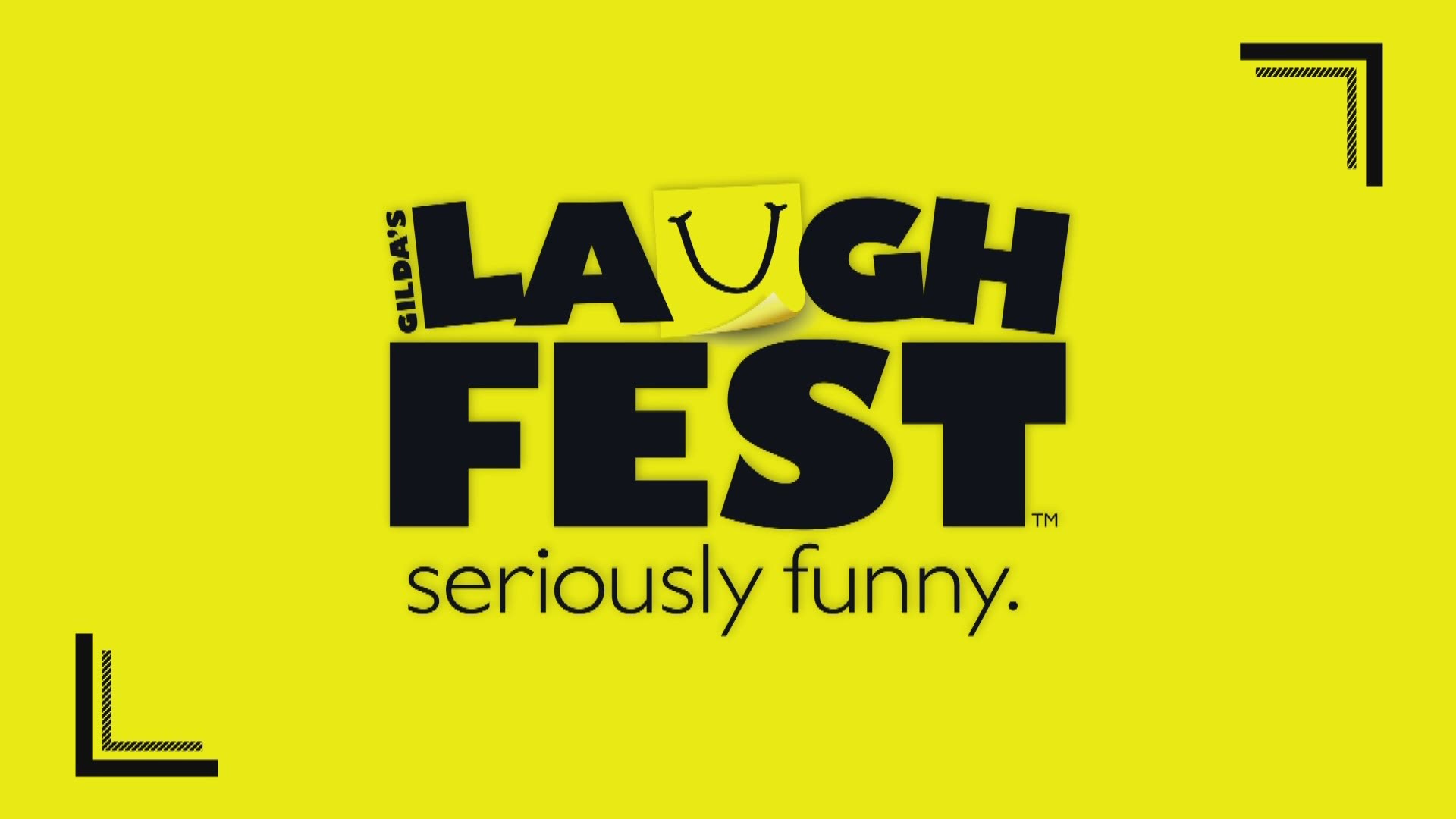 On Thursday, Gilda’s LaughFest announced all the top acts participating in this year's virtual festival -- which runs from March 11-14.

According to a press release from Gilda's Club, headliners and events that are scheduled as part of the festival’s premium all-access content, which is paid.  This year's headliners include: Ron Funches, Tom Papa, Justin Willman, Michelle Wolf, The Comedy Project’s “3 Mics & a Movie!,” and the stage performance “Bunny Bunny: Gilda Radner” directed by Emmy award winning director Teresa Thome.

This year’s festival will feature a total of 30 events, plus social media content and contests. Much of LaughFest will continue to be free, with donations to Gilda’s Club welcome. The premium all-access content is $40.

Funches will bring his podcast “Gettin’ Better with Ron Funches” to LaughFest’s virtual stage on Saturday, March 13 at 7 p.m. In addition to his stand-up comedy credits, Funches has extensive acting credits, with roles on “Curb Your Enthusiasm,” “Black•ish,” “New Girl,” “Transparent,” “Powerless,” and “Undateable.” His voice has been used in roles with “Trolls,” “Bob’s Burgers,” and “Adventure Time.” Funches has also appeared on “Conan,” “The Tonight Show,” “Chopped,” and “Cupcake Wars.”

Papa, with over 20 years of stand-up comedy experience will perform Friday, March 12 at 9 p.m. In 2020, Netflix premiered Papa’s fourth hour-long stand-up special “Tom Papa: You’re Doing Great,” which is a rebuttal to the current culture of feeling dread.  Papa reminds viewers to “remember that you’re doing great, life isn’t perfect, it never will be, and that’s OK.” He also hosts the podcast Breaking Bread with Tom Papa and regularly appears on National Public Radio’s “Wait Wait…Don’t Tell Me.”

Willman, a magician, comedian and host of the hit show “Cupcake Wars” on Food Network, will perform on Thursday, March 11 at 9 p.m. In 2018, Willman premiered his six-episode magic series on Netflix entitled “Magic For Humans with Justin Willman.” In March 2020, as Covid spread across the globe, Willman debuted “Magic For Humans @Home,” a virtual show, which has garnered an audience of over 500,000 people.

“An Evening of Laughter and Conversation with Michelle Wolf,” will take place at 9 p.m., Saturday, March 13. On the heels of her recent Netflix special, “Michelle Wolf: Joke Show,” Wolf will be joining LaughFest with all new material. In 2017, Wolf debuted her first hour-long stand-up special, “Michelle Wolf: Nice Lady” on HBO, which earned her a Primetime Emmy nomination for outstanding writing for a variety special. She made international headlines as the much buzzed-about headliner of the 2018 White House Correspondents Dinner. Wolf’s other television credits include being an on-air contributor and writer for “The Daily Show with Trevor Noah” and a writing supervisor and performer on “Late Night with Seth Meyers.”

On Friday, March 12 at 10 p.m., Grand Rapids-based The Comedy Project will co-produce “3 Mics & a Movie!.” Fans of Mystery Science Theater 3000, Riff Trax and, well, movies in general won’t want to miss this live roast of the movie “The Hitch-Hiker” will be shown while comedians add alternate dialogue and sound effects.

Closing the festival on Sunday, March 14, the stage play “Bunny Bunny: Gilda Radner” will be performed live. The play chronicles the relationship between Alan Zweibel and Gilda Radner. Zweibel, a writer on SNL in the first five years wrote with Gilda many of her familiar characters – Roseanne Rosannadanna, Baba Wawa and Emily Litella. The play takes the audience on a deep dive into complicated and enduring friendships and the search for love. 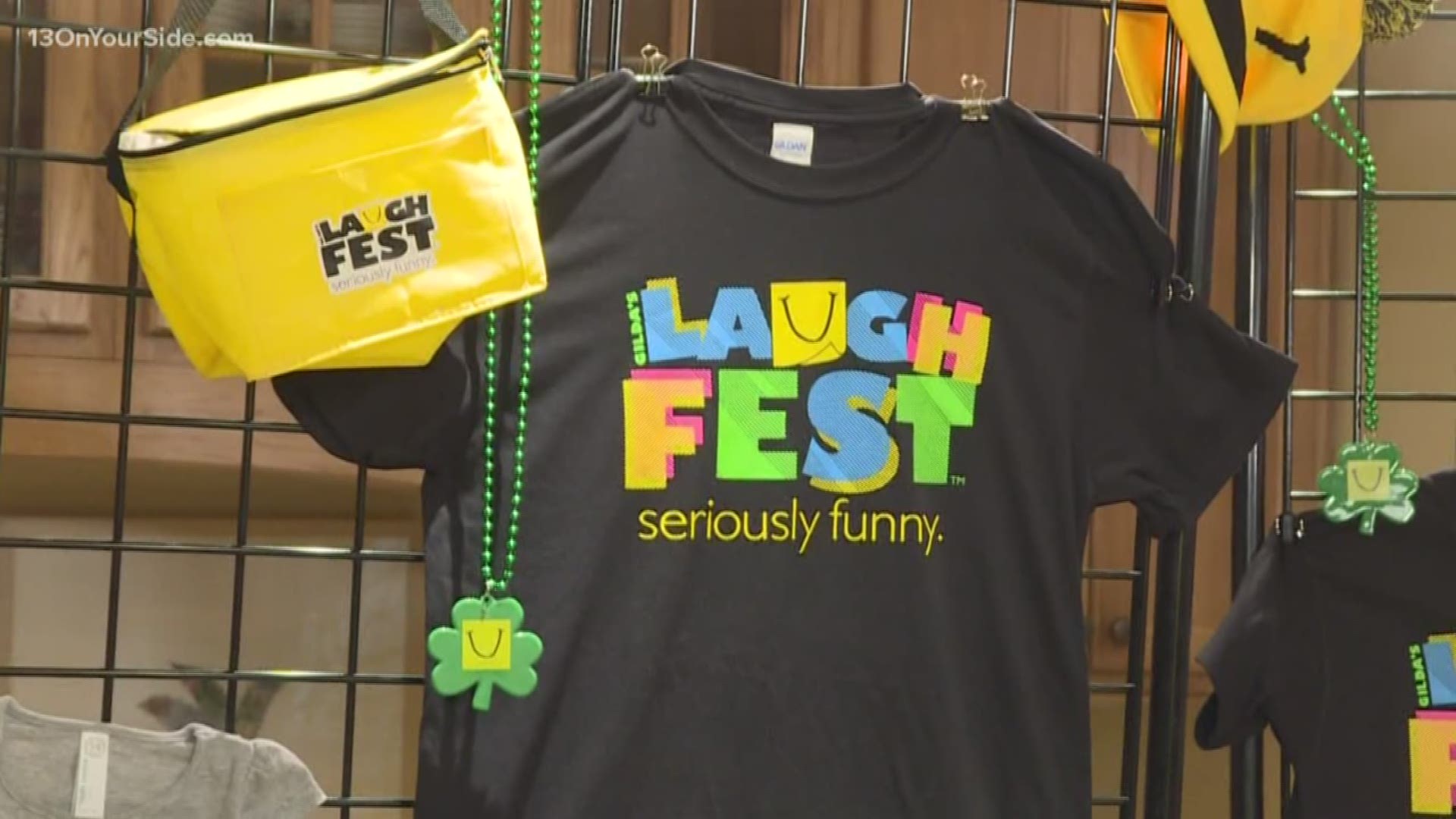