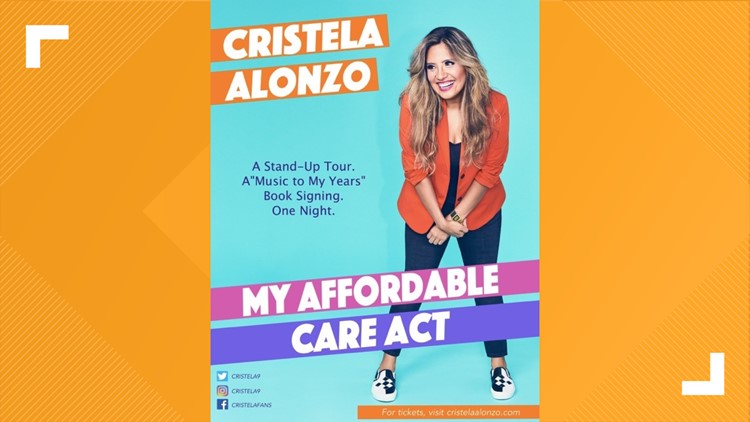 Photo by: Courtesy of LaughFest

GRAND RAPIDS, Mich. - Gilda’s LaughFest, the nation’s first ever community-wide festival of laughter, and Wealthy Theatre together will host LaughFest alum Cristela Alonzo for a LaughFest “off-season” special performance on November 22 at 7 p.m.

Alonzo, who first appeared at LaughFest in 2015, will be in Grand Rapids to perform her stand-up comedy show, “My Affordable Care Act” and to celebrate her memoir, “Music to My Years,” which will be released October 8 by Atria Books, an imprint of Simon & Schuster. Following the show, Alonzo will sign copies of the book.

Alonzo made history in 2014 when she became the first Latina to create, produce and star in her own network sitcom, “Cristela” for ABC. During the same year, she was a guest host for "The View." In 2017 Cristela made history again when she became the first Latina lead in a Disney Pixar film when she voiced the part of “Cruz Ramirez” in Cars 3. Her first stand-up special, Lower Classy, is currently streaming on Netflix.

Tickets for Alonzo’s LaughFest “off-season” special go on sale Friday, July 19 at 8 a.m. Tickets can be purchased at grcmc.org/event/cristela-alonzo-2019.