If you have any information regarding sex trafficking in your area, contact the National Human Trafficking Hotline. 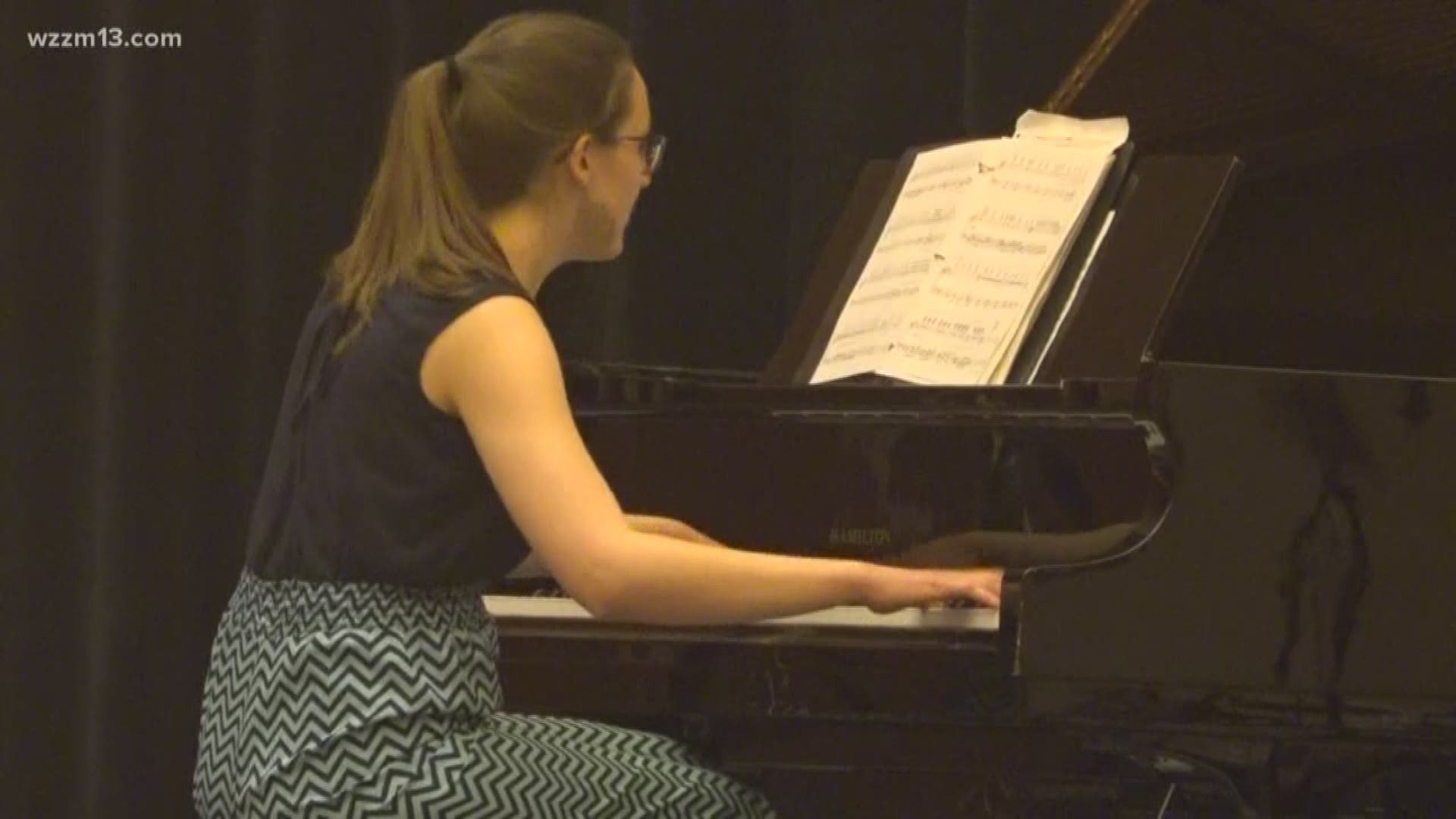 Tickets were $40 for adults and $29 for kids, which included musical acts along with food and drinks provided by the JW Marriott. Five dollars from every ticket will be donated toward the Michigan Abolitionist Project.

“I’ve always felt that my career in music, it just had to have something to do with human rights and meeting concrete human needs as much as I could,” she said.

Green added that the event started as a brainstorm for a class project, but as she learned more about trafficking statistics, she made the hypothetical a reality.

"There are 2,400 minors being trafficked at any given time in West Michigan alone,” she said.

Virago, Front Porch, Walter Nobles , Accorda Duo, Hannah Rose and the GraveTones made up the musical acts. Nobles, from Grand Rapids' All of the Above Hip Hop Academy, said he wrote his song specifically for the event.

His song titled “Why Her?” told a story of two different women, from different backgrounds getting trafficked. Nobles said it was a representation that being trafficked can happen to anyone.

“A lot of it comes from issues we have with the patriarchal society,” he explained.

Sunday marked Green’s first sex trafficking awareness event, and she says she hopes to do more in the future.

“I hope people walk away feeling like they have the knowledge to protect themselves and their loved ones from this issue and be able to recognize and report human trafficking if they see it.”

If you have any information regarding sex trafficking in your area, contact the National Human Trafficking Hotline.