A video of a grandmother getting her lip waxed netted one West Michigan family $10,000. 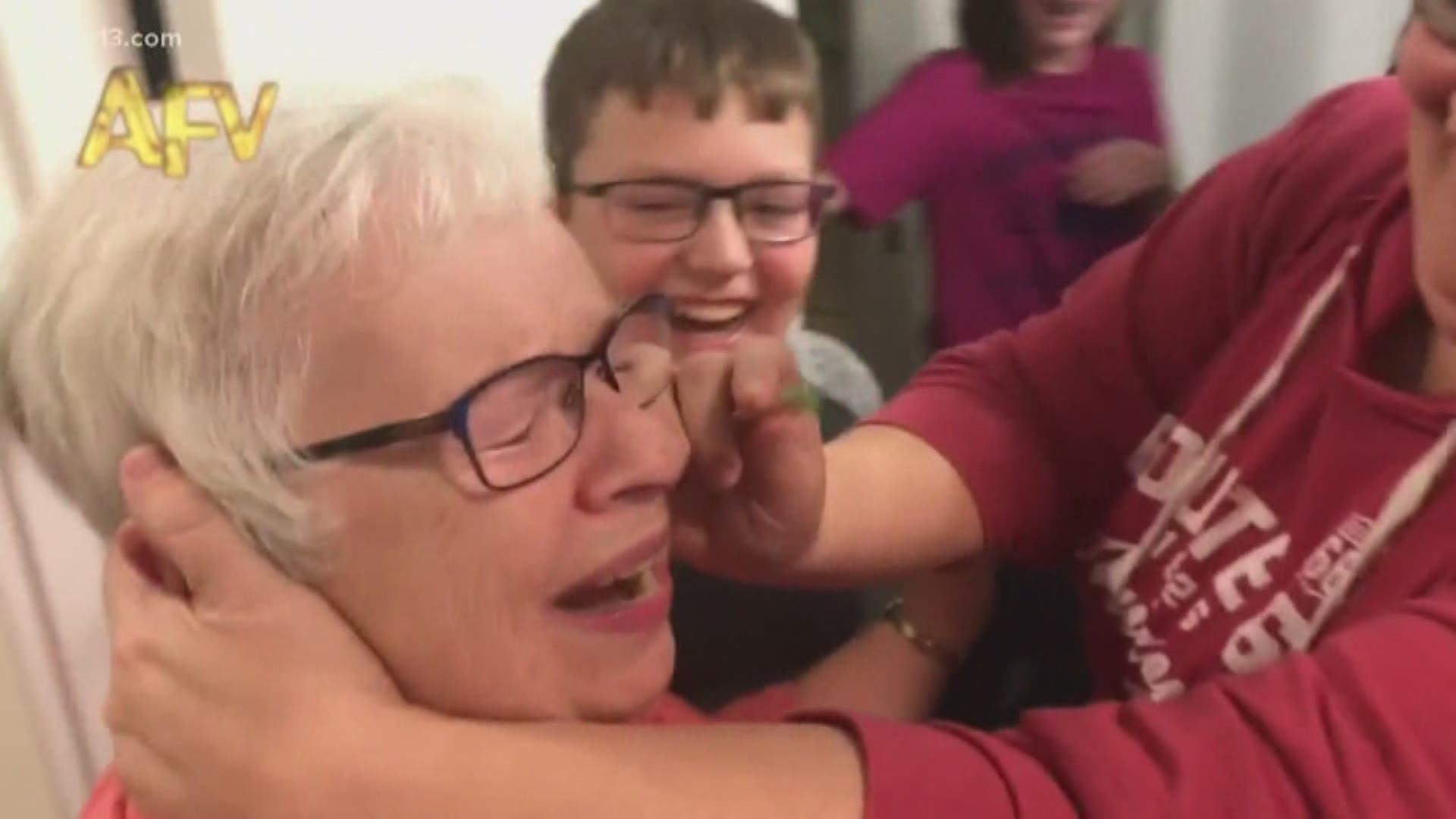 LOS ANGELES — The video shows Shelley Chambers laughing and crying in pain as her daughter, Kelly Nichols, helped her wax her lip at home.

That footage was sent to America's Funniest Home Videos, and the Grandville family ended up winning the top prize and walking away with $10,000 on Sunday night's show.

However, Shelley has a different perspective, “She grabbed my arm, dragged me in there, and all of a sudden I had hot wax on me. I didn’t have a choice!”

Shelley's son, Steve Chambers, recorded the video, and they sent it in to AFV in November 2018. They said about five days later, they were told it was going to be on the show.

►Earlier: A West Michigan family is a finalist on America's Funniest Home Videos

They were also told ahead of time that they were finalists, which means they got a free trip to California to tape the show.

Until the show aired on Sunday, the family had to keep their winnings a secret.