Books to read this May 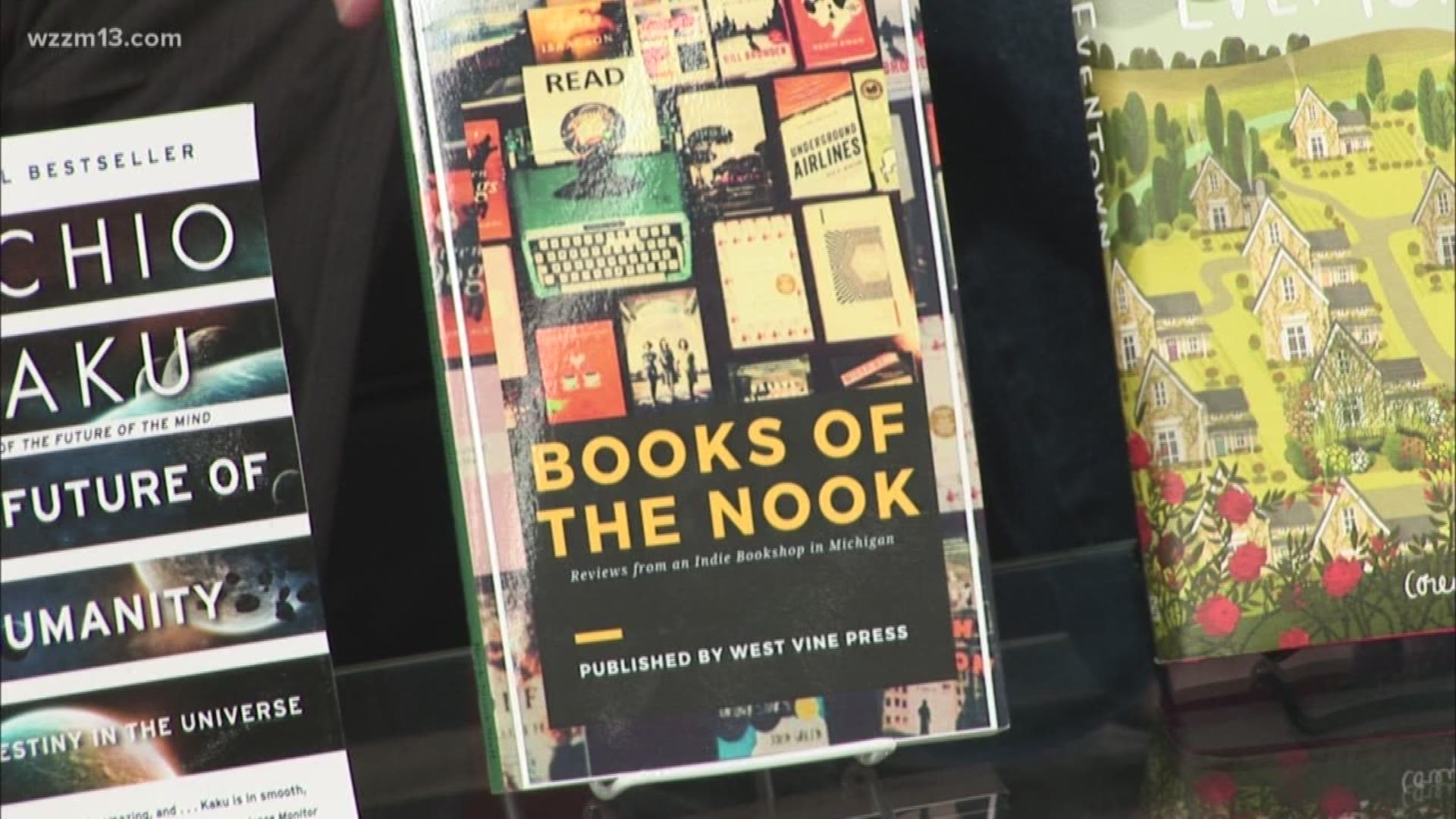 GRAND RAPIDS, Mich. — Spring persists and summer is knocking at the door! If you're in need of a book to get you through, you're in the right place.

Bryan Uecker from the Book Nook & Java Shop shares his five picks for the month of May:

The mega-bestseller with more than 1.5 million readers that is soon to be a major television series

"The novel buzzes with the energy of numerous adventures, love affairs, [and] twists of fate." —The Wall Street Journal

He can’t leave his hotel. You won’t want to.

From the New York Times bestselling author of Rules of Civility—a transporting novel about a man who is ordered to spend the rest of his life inside a luxury hotel.

In 1922, Count Alexander Rostov is deemed an unrepentant aristocrat by a Bolshevik tribunal, and is sentenced to house arrest in the Metropol, a grand hotel across the street from the Kremlin. Rostov, an indomitable man of erudition and wit, has never worked a day in his life, and must now live in an attic room while some of the most tumultuous decades in Russian history are unfolding outside the hotel’s doors. Unexpectedly, his reduced circumstances provide him entry into a much larger world of emotional discovery.

Brimming with humor, a glittering cast of characters, and one beautifully rendered scene after another, this singular novel casts a spell as it relates the count’s endeavor to gain a deeper understanding of what it means to be a man of purpose.

Adult Non-Fiction: The Future of Humanity by Michio Kaku

The #1 bestselling author of The Future of the Mind traverses the frontiers of astrophysics, artificial intelligence, and technology to offer a stunning vision of man's future in space, from settling Mars to traveling to distant galaxies.

We are entering a new Golden Age of space exploration. With irrepressible enthusiasm and a deep understanding of the cutting-edge research in space travel, World-renowned physicist and futurist Dr. Michio Kaku presents a compelling vision of how humanity may develop a sustainable civilization in outer space. He reveals the developments in robotics, nanotechnology, and biotechnology that may allow us to terraform and build habitable cities on Mars and beyond. He then journeys out of our solar system and discusses how new technologies such as nanoships, laser sails, and fusion rockets may actually make interstellar travel a possibility. We travel beyond our galaxy, and even beyond our universe, as Kaku investigates some of the hottest topics in science today, including warp drive, wormholes, hyperspace, parallel universes, and the multiverse. Ultimately, he shows us how humans may someday achieve a form of immortality and be able to leave our bodies entirely, laser porting to new havens in space.

Local:  Books of the Nook by West Vine Press

Reviews from an Indie Bookshop in Michigan.

A book about books, that’s what this book is; a book full of reviews from the owner and other staff members of The Book Nook & Java Shop - An Independent Bookstore located in Montague, Michigan.

“A town without a bookshop isn’t a town at all”

An Amazon Best Book of the Month! “Beautiful, mysterious and deeply satisfying.” —Rebecca Stead, Newbery Medal-winning author of When You Reach Me and Goodbye Stranger

The world tilted for Elodee this year, and now it’s impossible for her to be the same as she was before. Not when her feelings have such a strong grip on her heart. Not when she and her twin sister, Naomi, seem to be drifting apart. So when Elodee’s mom gets a new job in Eventown, moving seems like it might just fix everything.

Indeed, life in Eventown is comforting and exciting all at once. Their kitchen comes with a box of recipes for Elodee to try. Everyone takes the scenic way to school or work—past rows of rosebushes and unexpected waterfalls. On blueberry-picking field trips, every berry is perfectly ripe.

Sure, there are a few odd rules, and the houses all look exactly alike, but it’s easy enough to explain—until Elodee realizes that there are only three ice cream flavors in Eventown. Ever. And they play only one song in music class.

Everything may be “even” in Eventown, but is there a price to pay for perfection—and pretending?

Penguins aren't the only animals with problems. . . . A second hilarious collaboration from picture-book superstars Lane Smith and Jory John!

Can you guess what's making this giraffe self-conscious? Could it be . . . HIS ENORMOUS NECK?? Yes, it's exactly that--how on earth did you figure it out?

Edward the giraffe can't understand why his neck is as long and bendy and, well, ridiculous as it is. No other animal has a neck this absurd. He's tried disguising it, dressing it up, strategically hiding it behind bushes--honestly, anything you can think of, he's tried.

Just when he has exhausted his neck-hiding options and is about to throw in the towel, a turtle swoops in (well, ambles in, very slowly) and helps him understand that his neck has a purpose, and looks excellent in a bow tie.

Jory John and Lane Smith have truly outdone themselves in this companion book to Penguin Problems.

If you're interested in any of these recommendations as audio books, check out www.thebooknookjavashop.com