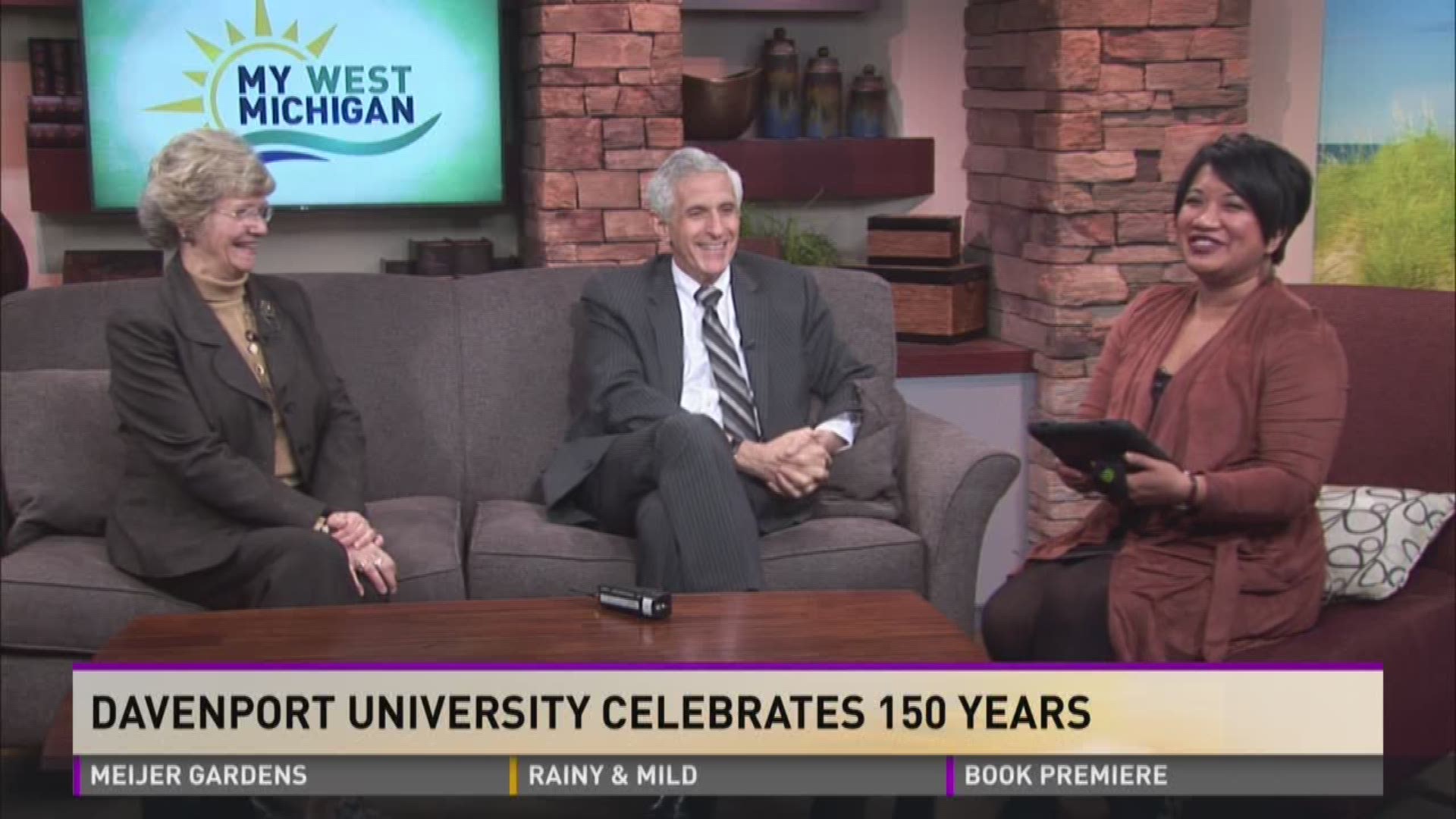 Davenport University is wrapping up it's 150th celebration. Some of the highlights of this milestone year are listed below:

·Started off the year with recognition from Michigan Performance Excellence program, naming DU to its Honor Roll in its first entry. This makes DU only the second institution of higher education ever to be honored by Michigan’s quality award program at any level.

·Accepted in NCAA Division II and will begin competition in the Great Lakes Intercollegiate Athletic Conference (GLIAC) in 2017-18.

·Completed our first football season ever, finishing with a 6-5 record.

·Welcomed Anderson Cooper to our stage at the Excellence in Business Gala, where we celebrated the leadership and contributions to West Michigan of Birgit Klohs, President of The Right Place Program.

·Saw increases in most of our key performance indicators, including retention and graduation rate – now 110 percent ahead of where we were back in 2009.

·Ended the year about 96% of the way toward our $25 million goal for the Investing in the Vision Campaign to raise money for our new College of Business building, development of our College of Urban Education, and student scholarships.

·The College of Urban Education has seen tremendous results in the classrooms of its master’s candidates; in addition to new cohorts in collaboration with GRPS, a cohort has begun in partnership with Muskegon Public Schools.

·With the completion of two additional apartment buildings, DU’s W.A. Lettinga Campus now has about 800 living on campus, up 60 percent from just five years ago.

·Our Founders’ 150th Anniversary Gala in September was a great celebration of our institution and featured Chancellor Emeritus Don Maine, longtime board member and past chair Wilbur Lettinga, and many faculty, staff and supporters. We delighted in having WZZM’s Juliet Dragos as the Emcee for the evening!

·Published our history book, Davenport: Educating Across Three Centuries, which was distributed to faculty, staff and donors and is available for sale on Davenport’s online bookstore.

·Entering 2017 – our 151st year – on a continued path of growth in quality and excellence. Looking at the potential for a new campus in the core of Detroit, capitalizing on the excitement and vitality of Detroit’s renaissance and locating near the companies and organizations that would hire our students.