I'll have my peanuts and eat them too! Immunotherapy helps West Michigan boy manage peanut allergy 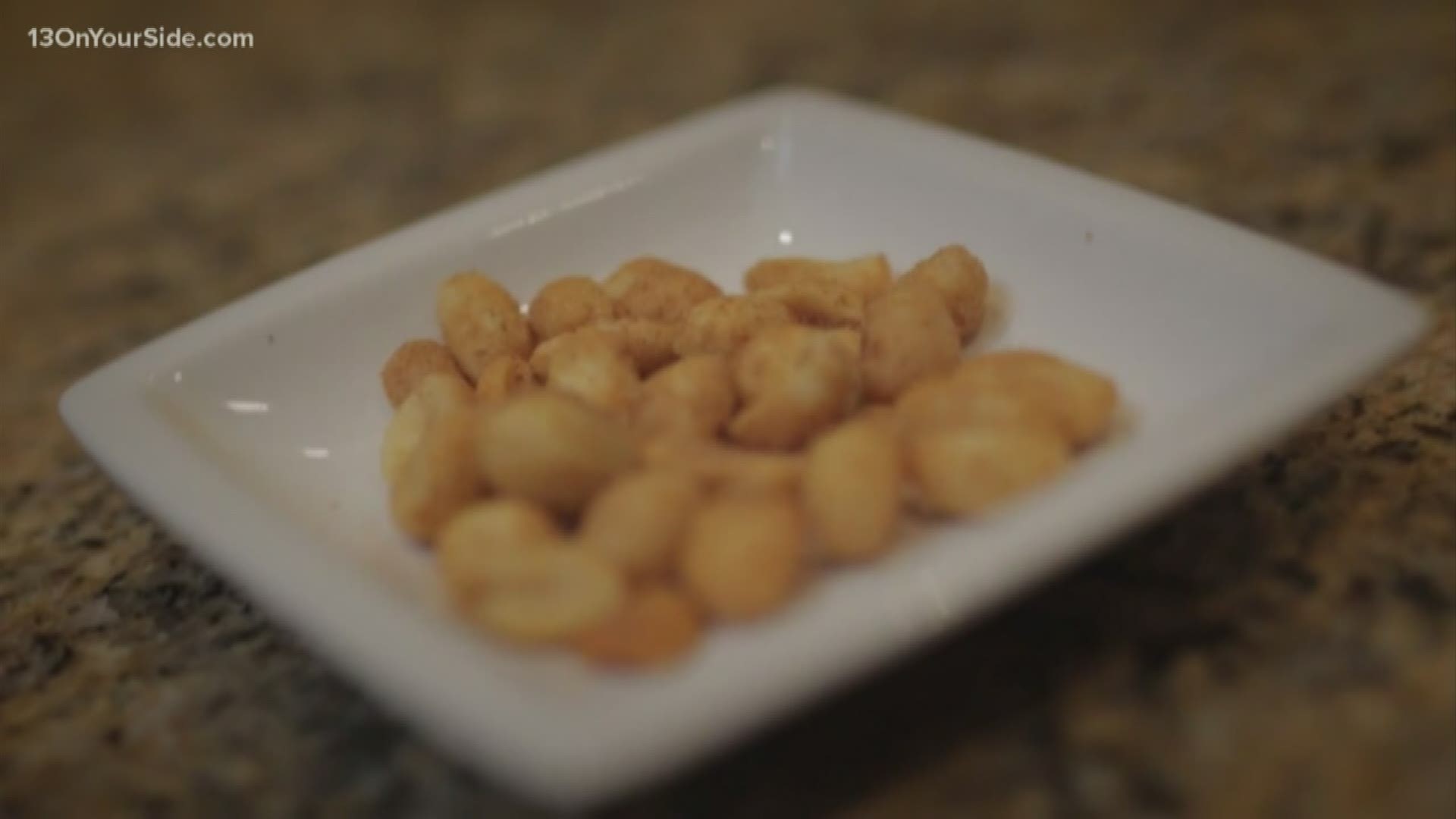 GRAND RAPIDS, Mich. — If you are a parent of a child with a peanut allergy you know the fear you live with every day. Whether they’re at school, at a friend’s house or an after-school activity, the possibility of cross contamination that could lead to a severe allergic reaction is always on your mind.

For his first seven years Blake Bradfield lived with a life-threatening peanut allergy, “We just completely eliminated all dairy and peanuts from our house. We did not go out to eat. Just worried about cross contamination and those kinds of things." Blake’s mom Jenin Shamali-Bradfiel  says he sat at the peanut free table at school and never knew what peanuts tasted like.

And he's not alone.

Peanut allergies in children have increased nearly 50% in the last 20 years according to a recent study by Food Allergy Research & Education.

“This may be related to the fact that we live in such a clean environment the immune systems of young children aren't triggered to grow up in a healthy way." Grand Rapids allergist Dr. Thomas Miller says we may be the ones responsible for the increase in peanut allergies. Peanut in particular we were encouraging people to avoid highly allergenic food for the first couple of years of life and this actually contributed to the higher level of peanut allergy."

More than a million children in the U-S have a peanut allergy. Which is why the FDA is currently working on a peanut immunotherapy treatment, but it's still pending approval.

Dr. Miller isn't willing to wait, "Everybody we've done this with so far has passed with flying colors." He is the only allergist in Grand Rapids administering peanut immunotherapy, "What we're doing is we're feeding people what they're allergic to in such a small amount it allows the immune system to become desensitized." The therapy starts with just a millionth of a peanut working up to the equivalent of a peanut butter and jelly sandwich in just five months.

Blake was one of his first patients, "It's a little scary at first knowing your child has such a sever reaction to something and knowing that you're going to be intentionally giving it to them." But Blake's mom Jenin says it was worth it, "There's nothing that would not make me go through this process a hundred times over." Because Blake's peanut allergy has been desensitized to the point where he can enjoy any peanut flavored treat he wants, including his new favorite peanut M & M's.

"I remember calling the principal and letting her know that he did not have to sit at the peanut free table, and we had to take a moment and we're like ok is this going to be ok? It's going to be ok." says, Jenin.

Blake has to eat 8 peanuts every day as maintenance in order to keep his immune system desensitized to peanuts. And after that he can eat as much peanut butter or peanut treats a he wants.

Dr. Miller is also using this immunotherapy on other types of nuts and dairy. And he says it's not just for kids, the immunotherapy can also help adults with peanut allergies.

Dr. Miller and another allergist in Detroit are the only ones in Michigan offering peanut immunotherapy. The downside is that the immunotherapy is not covered by insurance. The cost is about $150 an hour on average. 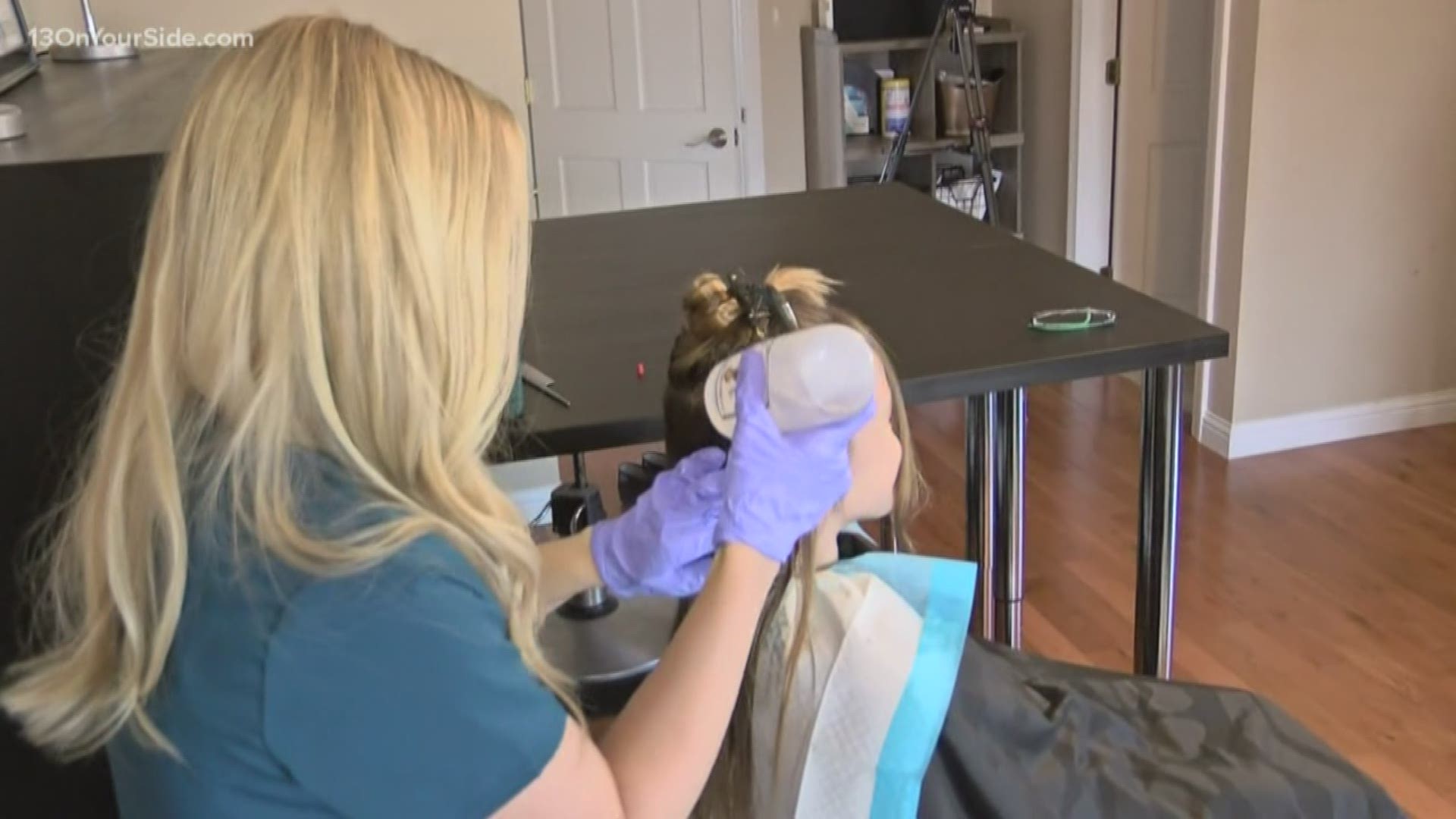