Book suggestions for the whole family this March

In honor of Dr. Seuss' birthday, March has been named National Reading Month. Check out these all-ages book recommendations from the Book Nook and Java Shop. 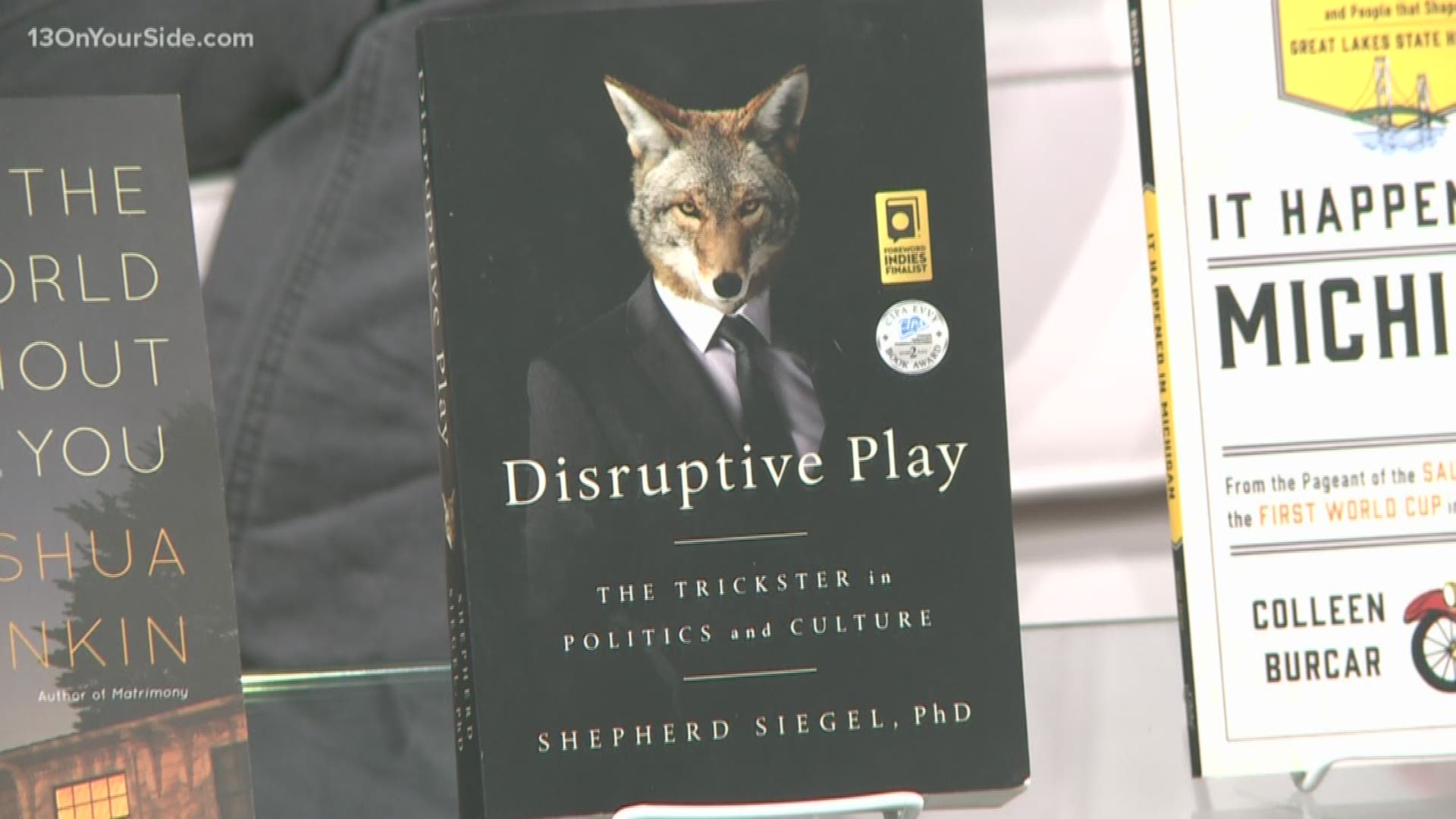 GRAND RAPIDS, Mich. — March is National Reading Month, in honor of Dr. Seuss' birthday. This month, Americans of all ages are encourage to read every day.

If you need some suggestions, Bryan Uecker from The Book Nook and Java Shop in Montague joined My West Michigan Monday with book recommendations for the whole family.

From the author of the New York Times Notable Book Matrimony ["Beautiful . . Brilliant."—Michael Cunningham], a moving, mesmerizing new novel about love, loss, and the aftermath of a family tragedy.

It’s July 4, 2005, and the Frankel family is descending upon their beloved summer home in the Berkshires. But this is no ordinary holiday. The family has gathered to memorialize Leo, the youngest of the four siblings, an intrepid journalist and adventurer who was killed on that day in 2004, while on assignment in Iraq.

The parents, Marilyn and David, are adrift in grief. Their forty-year marriage is falling apart. Clarissa, the eldest sibling and a former cello prodigy, has settled into an ambivalent domesticity and is struggling at age thirty-nine to become pregnant. Lily, a fiery-tempered lawyer and the family contrarian, is angry at everyone. And Noelle, whose teenage years were shadowed by promiscuity and school expulsions, has moved to Jerusalem and become a born-again Orthodox Jew. The last person to see Leo alive, Noelle has flown back for the memorial with her husband and four children, but she feels entirely out of place. And Thisbe —Leo’s widow and mother of their three-year-old son—has come from California bearing her own secret.

Set against the backdrop of Independence Day and the Iraq War, The World Without You is a novel about sibling rivalries and marital feuds, about volatile women and silent men, and, ultimately, about the true meaning of family.

Adult Non-Fiction: Disruptive Play by Shepherd Siegel, PhD
The Trickster in Politics and Culture journeys from ancient folkloric appearances of Tricksters such as Raven and Èṣù-Elegba, to their confined role in Western civilization, and then on to Trickster’s 20th century jailbreak as led by dada and the hippies.

Disruptive Play bears witness to how this spirit informs social progress today, whether by Anonymous, Banksy, Bugs Bunny, or unrevealed mischief-makers and culture jammers. Such play is revolutionary and lights the path to a transformed society.

Original Play is the frolic and noncompetitive play that animals and human babies do in order to have fun and to keep on playing...not to win or to lose. It is a substance of the universe that occurs in all life. It is the behavior by which love and belonging are expressed, given, and received.

When play moves into contest or other roles and rules, with winners and losers, it becomes Cultural Play. Issues of ego and narcissism are issues for Cultural Play, not for Original Play.

Disruptive Play occurs in the rare times when the rhythms of Original Play suddenly appear in a political or cultural setting, settings conventionally fraught with Cultural Play. Like driving a clown car across the field during an official NFL game. Or Raven tricking Chief into releasing the sun, the moon, and the stars into the sky. Or a surreptitious Banksy graffiti that invades a museum or the public commons. Tricking power into performing an act of love.

Disruptive Play: The Trickster In Politics and Culture connects knowledge from mythology, folklore, popular culture, art, politics, and play theory to make its case, that to be playful means not taking power seriously. At critical mass, power collapses and leaves us swimming about in the waters of the amoral Trickster.New values emerge and could lead to some version of the dystopia that currently drenches popular culture. Or, if people can discern between the authentic contact and exhilaration of play, and branded, mediated, alienated pleasure, then we just might stumble and frolic our way to the Play Society.

Disruptive Play is ideal for enthusiasts of the human condition and those who hold out for the vision, however slim, of the Play Society.

Local Pick:  It Happened in Michigan by Colleen Burcar
True Tales from the Great Lakes State’s Past—from the pageant of the Sault to a World Series that healed wounds

Michigan is one-of-a-kind. America’s only two-part state, with dual peninsulas, it has been host to a medley of cultures. And, while these cultures have not always coexisted peacefully, Michigan has conquered its brushes with adversity to reunite stronger than ever. It Happened in Michigan goes behind the scenes to tell its story, in short episodes that reveal the intriguing people and events that have shaped the Great Lakes State.

Young Adult: The Bookwanderers by Anna James
A National Bestseller!

"An affectionate ode to books and book lovers." —Publishers Weekly

An enchanting story about the magic of books and the power of imagination from debut author Anna James. Perfect for fans of Inkheart,The Land of Stories, and Story Thieves. Soon to be a major television series!

Since her mother's disappearance, eleven-year-old Tilly Pages has found comfort in the stories at Pages & Co., her grandparents' bookshop. But when her favorite characters, Anne of Green Gables and Alice from Wonderland, start showing up at the shop,Tilly's adventures become very real. Not only can she follow Anne and Alice into their books, she discovers she can bookwander into any story she chooses. Tilly's new ability leads her to fun and exciting adventures, but danger may be lurking on the very next page...

When new secrets are uncovered, it's up to Tilly to solve the mystery of what happened to her mother all those years ago. From debut author Anna James comes a charming and exciting adventure about a bookish young heroine, a mysterious librarian, and a magical bookshop that will delight book lovers everywhere.

Children: ABC’s of Art by Sabrina Hahn
“A surprisingly fresh take on the classic children's ABCs book.” A “Best Book of 2019.” —Vanity Fair

“Art connects us all on the deepest level and this book will inspire young minds.” —Ken Griffin, founder & CEO of Citadel, trustee of the Art Institute of Chicago, and trustee of the Whitney Museum of American Art

Learn the alphabet through fine art!

Spark your child’s creativity and curiosity with this delightfully curated alphabet book featuring some of the world’s most iconic paintings.

In this collection, your child will discover artwork by Leonardo da Vinci, Vincent van Gogh, Mary Cassatt, and many others. Help them locate the earring in Vermeer's Girl with the Pearl Earring, teach them different colors while examining Monet's Water Lilies, and count the pieces of fruit in Cezanne's The Basket of Apples.

With a fun rhyming scheme and large, colorful text, ABCs of Art will inspire your budding art lovers as they learn the alphabet and new words by finding objects in paintings. Then, as your child grows, you can read the playful poems aloud together and answer the interactive questions that accompany each painting.

Information courtesy of Bryan Uecker. Find these titles and more at the Book Nook & Java Shop, located at 8744 Ferry St. in Montague or online at www.thebooknookjavashop.com. 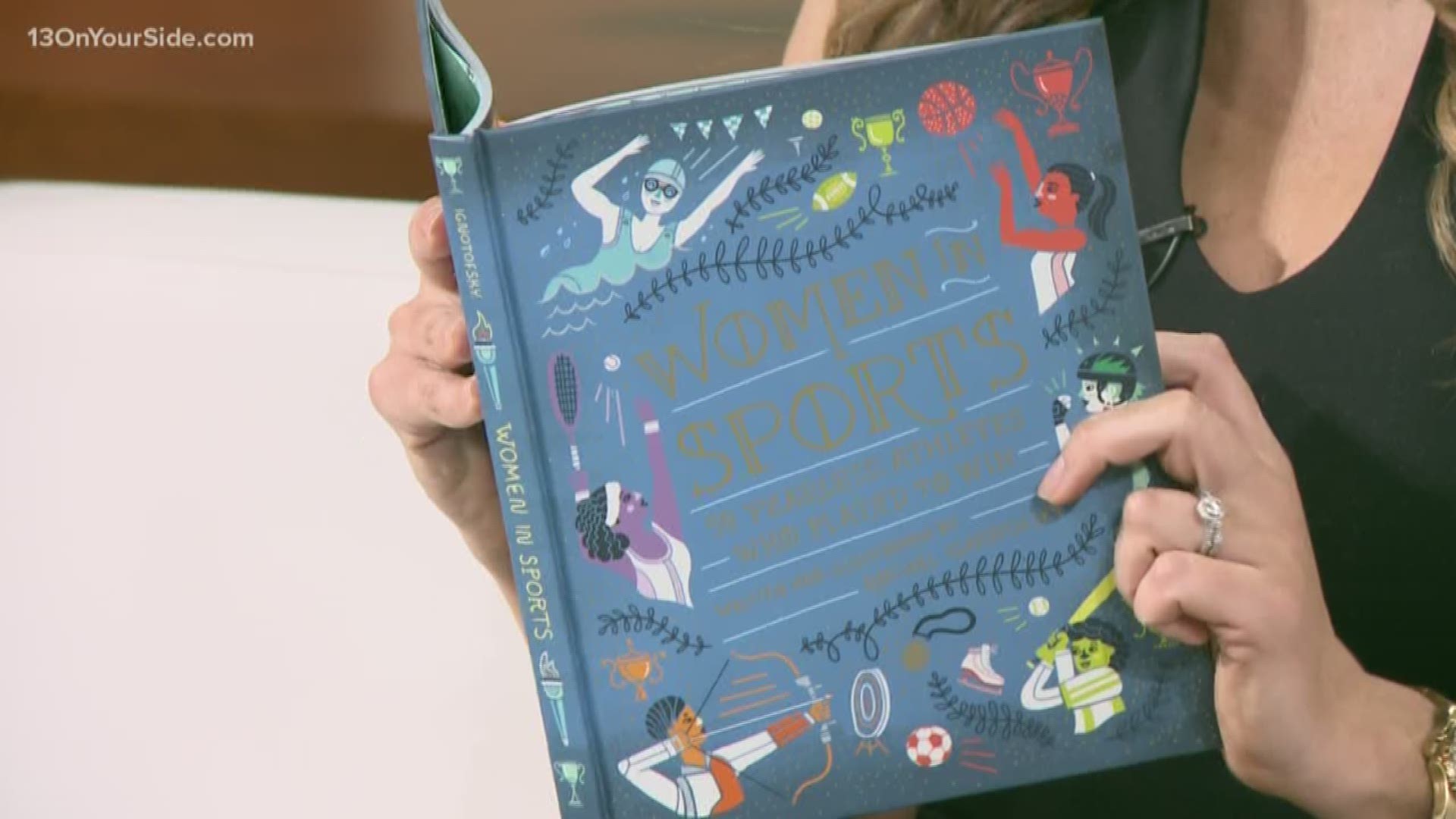