Fetrow, who serves in the U.S. Navy and is stationed in Hampton Roads, was with Monaco in Philadelphia where they had a photo session for their engagement pictures. The session took them to different parts of the city.

The couple was behind the Philadelphia Museum of Art when they met Segel who offered to be part of the shoot. Segel has been in Philadelphia filming a show.

Fetrow shared his recollection of the shoot with 13News Now:

So, we were getting our engagement photos done that day. We had noticed Jason about 30 minutes earlier, but didn’t say anything, and by chance, he was walking by again when we were at a different spot behind the museum. Megan kind of pointed, and he saw her, and we waved. I guess he noticed the photographer (Eric) with us, so he came over, and was like, "You want to get a picture?" Of course, we said yes...so he was like, "Just act like I’m not here, and do your pose," and Eric just caught that shot.

The whole encounter was about 30 seconds. He congratulated us along with the person he was with, and continued about his day. Megan and I just were happy to add that little memory to an already great day. He was real kind to do that. We’re fans of his work, and the photo just ended up being a typical Jason Segel face and funny moment. Once the Philadelphia Magazine article posted it just kind of took off. Now, here we are. We’ll never forget it."

Eric Talerico with Twisted Oaks Studio was the photographer behind the shoot. He wrote about it and the moment that Segel made his appearance when he shared pictures from the day. 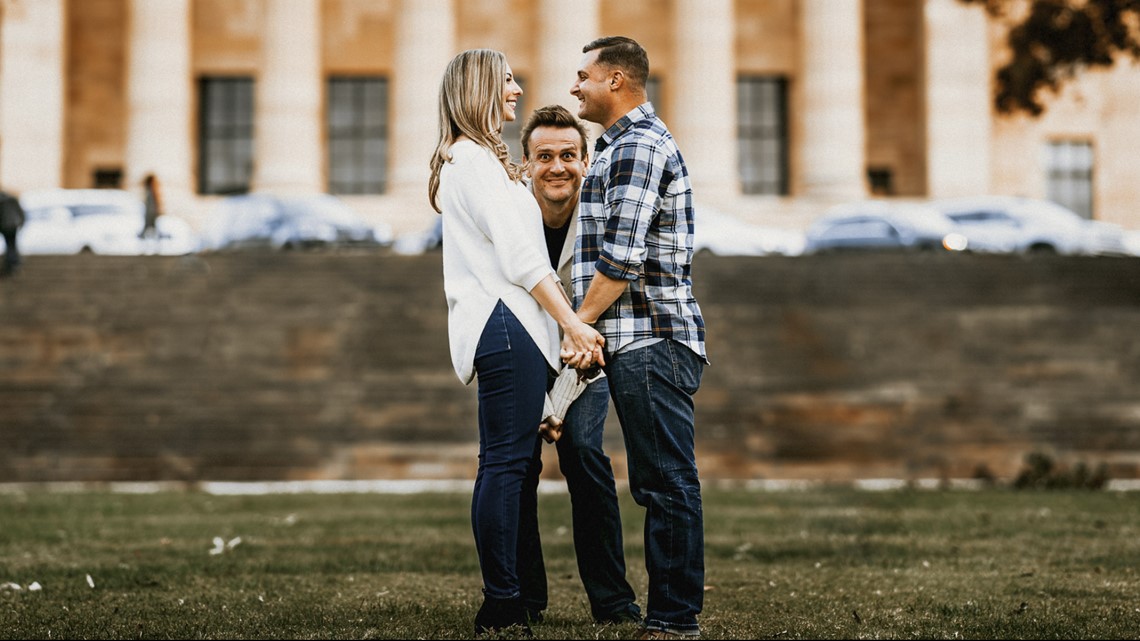 Fetrow and Monaco met at a CrossFit gym. Their first date was at an Italian restaurant that featured a Frank Sinatra impersonator.