'Adulting' classes: What are they, and who needs them? 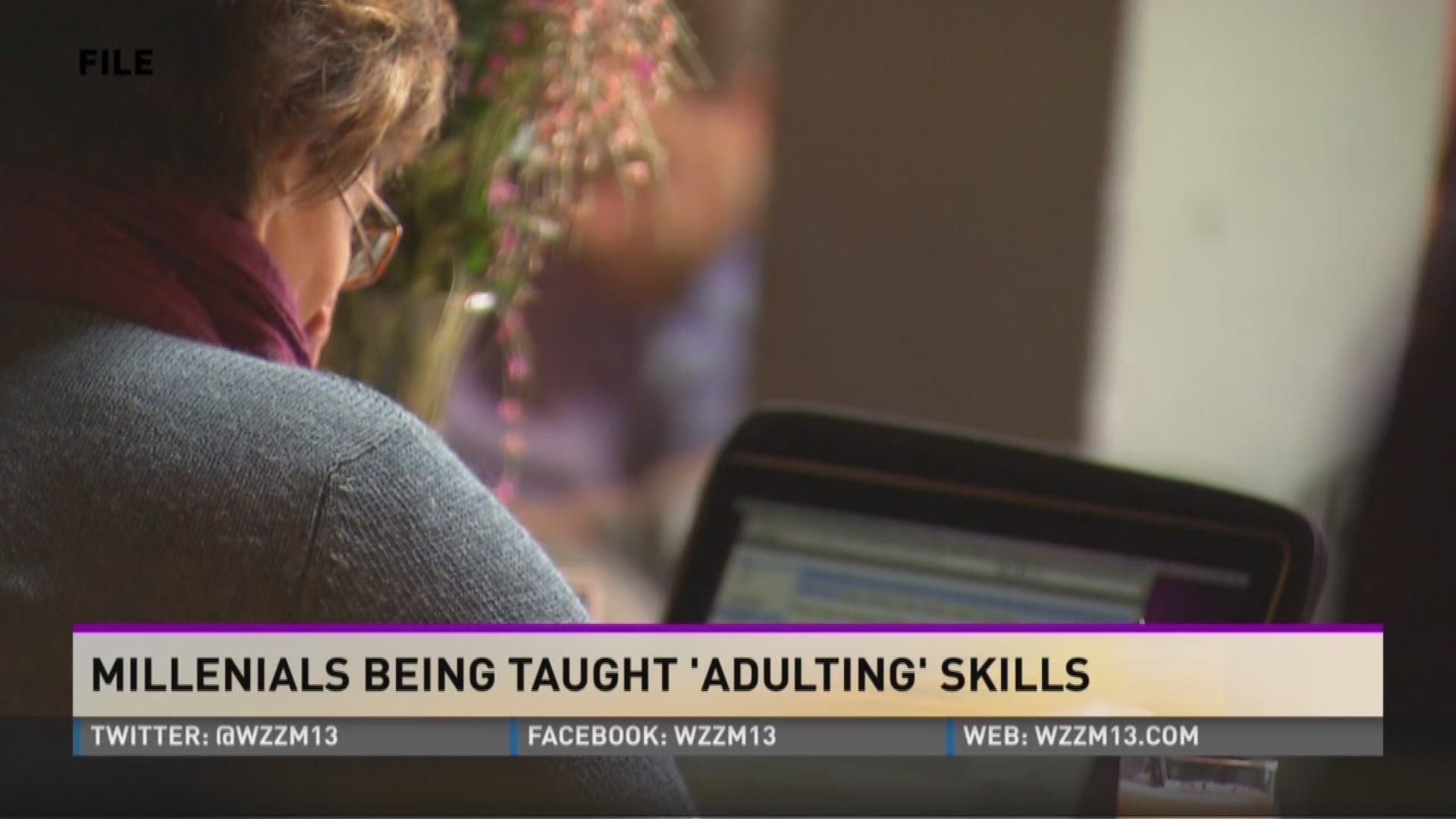 "Adulting" — it's not usually a verb, but the word has become a part of pop culture.

It's usually used to describe the mundane tasks associated with being grown-up. Some tasks, like filing taxes and budgeting, many people struggle to learn.

Two women have founded a new program in Portland to help with these basic "adulting" tasks for those who need it. Confession: I'm Kristina Rex, and I'm a millennial, typically defined as the generation who was born sometime in the '80s or '90s.

As was with every other generation, we millennials get a lot of negative stereotypes thrown our way. People say we are lazy, entitled, and more.

But one thing brought a group of millennials to one place: some basic life skills they felt that they were missing.

"I still have to go to my mom's house," 25-year-old Erin Vogel said. "When I started my new job, I had to go to have her help me fill out my W-2 and everything. I had no idea what I was doing."

And thus comes the term, "adulting."

Or, millenials' way of describing basic activities associated with being a grown up.

"I don't know," Brunelle said. "In this society, it just got lost along the way or pushed aside."

And so, "The Adulting School" was born, and it had its first official summit Sunday.

"Even in high school, I didn't have home economics," 24-year-old Ethan Palm said. "So I never had a formal education in these subjects."

Professionals at "The Adulting School" teach those necessary life skills to those who may have missed them at home or in school, no matter what generation.

The goal of the co-founders is to make this much more fun than typical "school." It's also a chance to network and market, and there is even beer, wine and food trucks for lunch.

"The Adulting School" is also open for online classes, and they hope to open in other cities across the country soon.