From misfits to 'Mutts'keteers and their foster failure

“They're just my family. They're all so different, just like children can be and they're all amazing in their own way and I just love them to death." 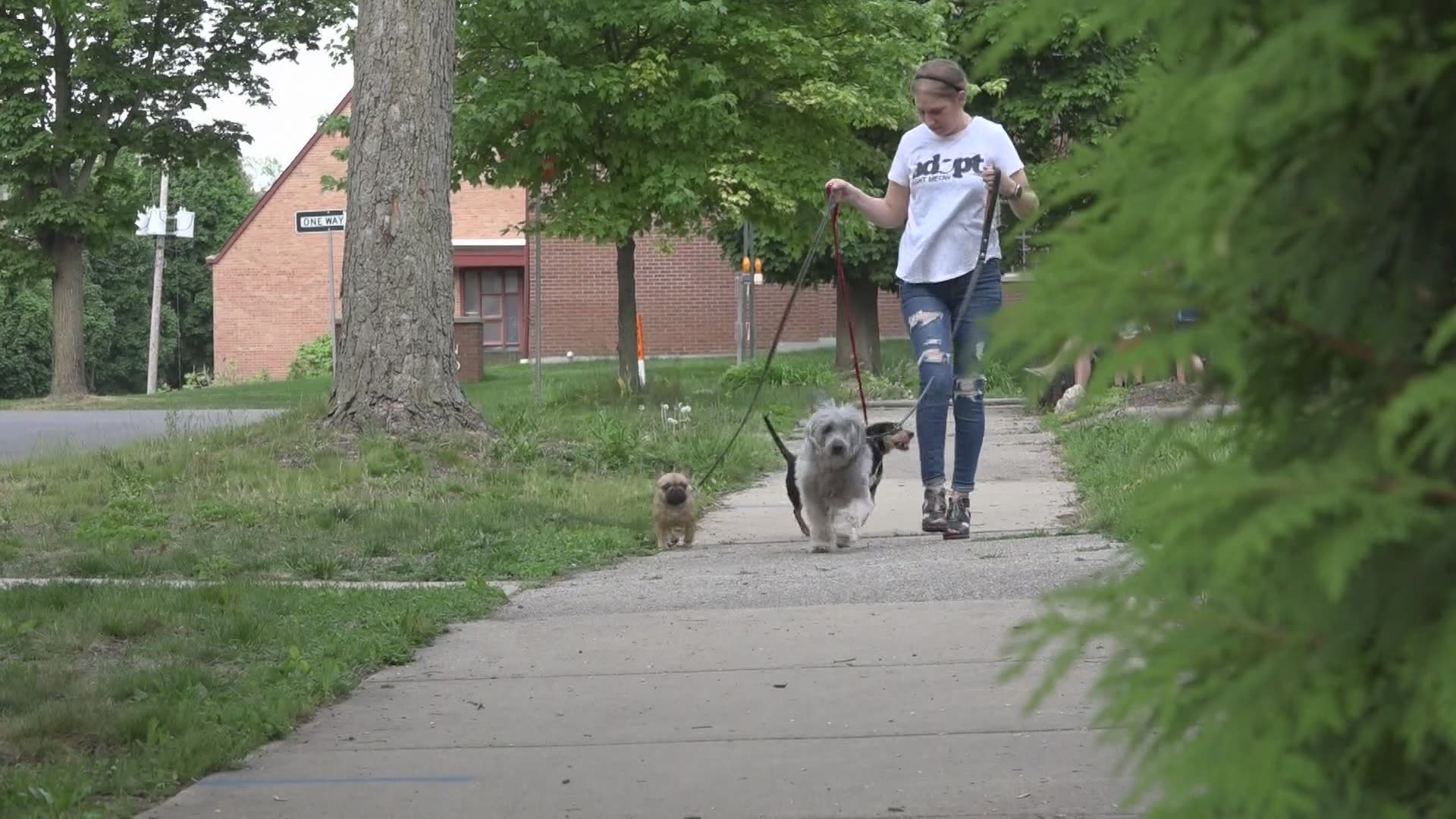 GRAND RAPIDS, Mich. — They aren't the youngest, the healthiest or the most attractive.

They're the dogs with special needs that get passed by at the animal shelter and often die there.

That's why Jill Maxim of Grand Rapids decided to foster a dog, take in a senior temporarily. Three dogs later, she calls herself a "Foster Failure."

She has two boys and a girl. They are all rescues with special needs.

“They’re just the dogs that no one really looks at when they go to the shelter,” Jill says.

It all started with Chaz from Thailand. "He was a street dog, he was very, very sick taken in through a rescue there," says Jill.

When Chaz arrived here, he had a huge hernia and was covered in mites and scabs. He lost an eye from an infection and didn’t understand English.

"He couldn't even understand how to live in a house," Jill says. "But he went potty in the house 14 times his first night and hasn't done it since."

Chaz was the first foster dog Jill ended up adopting. Next came Theo.

"Theo I took in as a foster, I was just trying to help another dog. He's from Texas. We don't know much about him except he's very anxious. It took me maybe two months to realize I didn't want to send him out in the world again after getting comfortable, so he was my second foster fail."

And then there’s the baby, 7-month-old Stella.

"Stella was surrendered when she was born. She was rejected by her mother and they weren't sure why and then they concluded that she had hydrocephalus, which is water on the brain. It can cause brain damage, seizures, blindness, just really bad headaches. She is a French Bulldog and is so far, doing great."

Jill learned about fostering from The Devoted Barn. It’s a rescue shelter in Holly, Mich. that only takes in animals with special needs, seniors and cruelty cases, including horses and other farm animals. She’s now a volunteer there.

"The Devoted Barn has a Grand Rapids connection because they are the ones who rescued 'Shaggy' the Newfoundland, that was living in Cascade many years ago. I didn't know anything about feral dogs when I saw that story and I've since learned so much," Jill says.

Once misfits, Chaz, Theo and Stella are now the Three “Mutts”keeters and take care of each other.

"Chaz is a typical big brother. Stella likes to jump in his face and annoy him and he barks at her but nothing else, but if someone comes near Stella, Chaz is right there. Theo, I was a little nervous, but he actually took Stella on as a project. When puppies aren't around their litter mates, they don't learn manners and Theo just kinda laid down the law. Taught her how to not bite and taught her how to be a good dog and go potty outside."

There are many unwanted pets that need to be fostered and Jill encourages anyone thinking about it to do it.

"It's not a lot of work to foster. It's hard to get rid of them as you can see I have three foster failures, but I'm going to continue to do it. The dogs just want to be in a home and loved. They don't require much, just food and shelter, some walks and they're happy."

Jill can't imagine her life without them. “They're just my family. They're all so different, just like children can be and they're all amazing in their own way and I just love them to death." 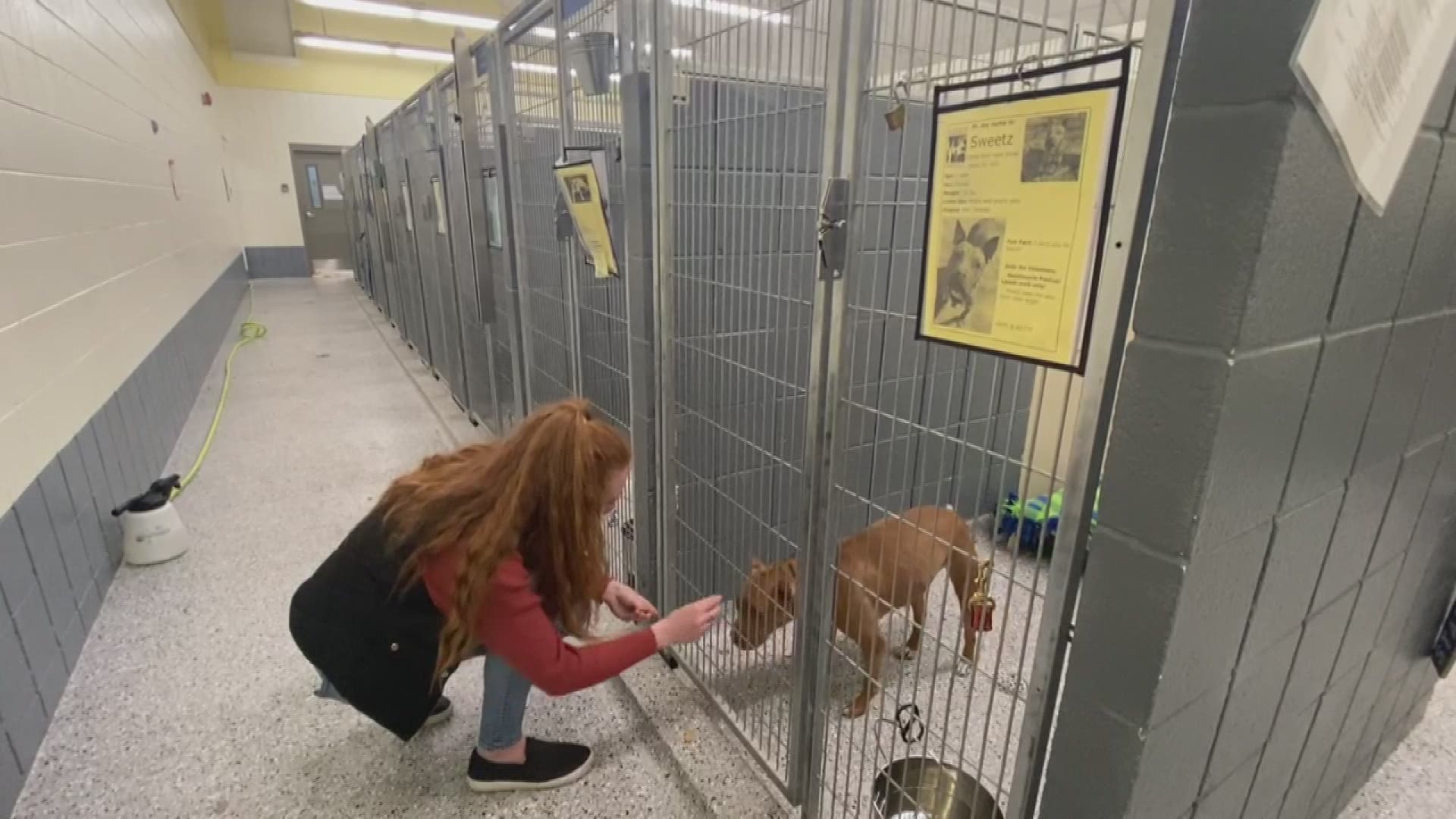