Gallery gathers in Grand Rapids for gutting of gargantuan gourd

More that 120 hours of carving had already gone into it, but Ice Guru Randy Finch finished off carving out a 1,300 pound pumpkin Friday afternoon. 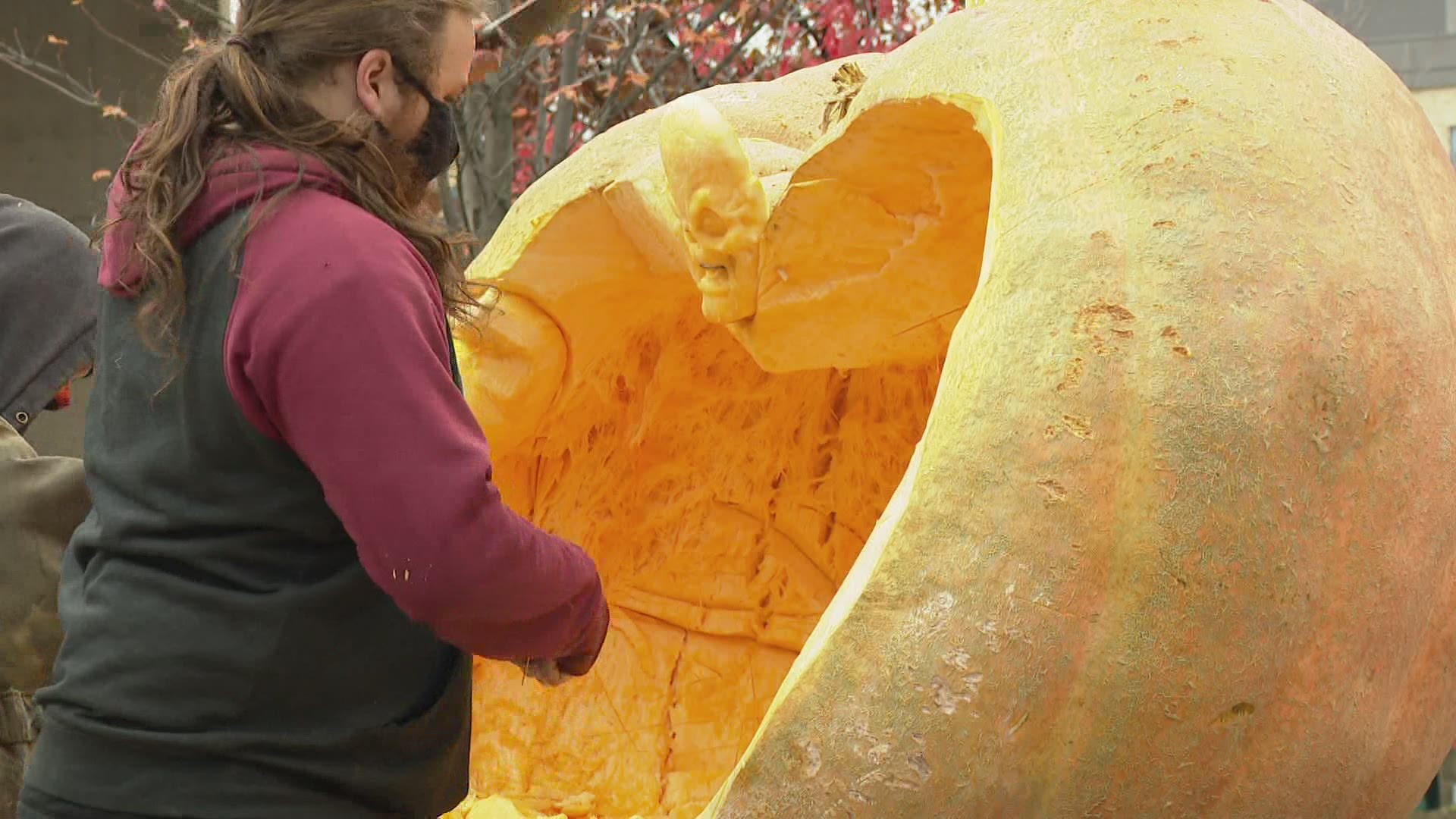 GRAND RAPIDS, Mich. — The pandemic is doing all it can to ruin Halloween for this year, but it didn't ruin the serious 'Gourd Gawking' at Rosa Parks Circle in downtown Grand Rapids Friday afternoon, as Randy Finch and members of his Ice Brigade offered a live professional carving of a 1,300 pound pumpkin.

"They call me the Ice Guru, but this weekend I'm the Pumpkin Guru," said Finch.

Finch and a few of his staffers recently got a 1,300 pound pumpkin from Dundee, and brought it back to Grand Rapids. They decided to do a live carving event downtown so people can watch the giant gourd transform into a work of art.

"We cut chunks out of the pumpkin and made a haunted house on the top," said Finch. "There's over 200 individual pieces assembled for that."

The inside of the pumpkin is a three-dimensional graveyard scene.

"We're going to take all the hanging stuff [inside the pumpkin] and turn it into willow leaves," said Finch.

Finch says before he brought the pumpkin downtown, he'd already worked on carving it for at least 120 hours. He says he wanted to save the last 5 hours for the public to watch.

"Sadly, it will rot," said Finch, when asked what his plans are for the pumpkin when it's finished. "We did spray it with bleach water to keep it from molding too fast."

The pumpkin carving event started at noon and wrapped up at 5 p.m.

There was a food truck nearby and the first 100 kids under 18-years of age each received a free pumpkin to take home.

The pumpkin carving will remain on display for public viewing at Rosa Parks Circle through Halloween. 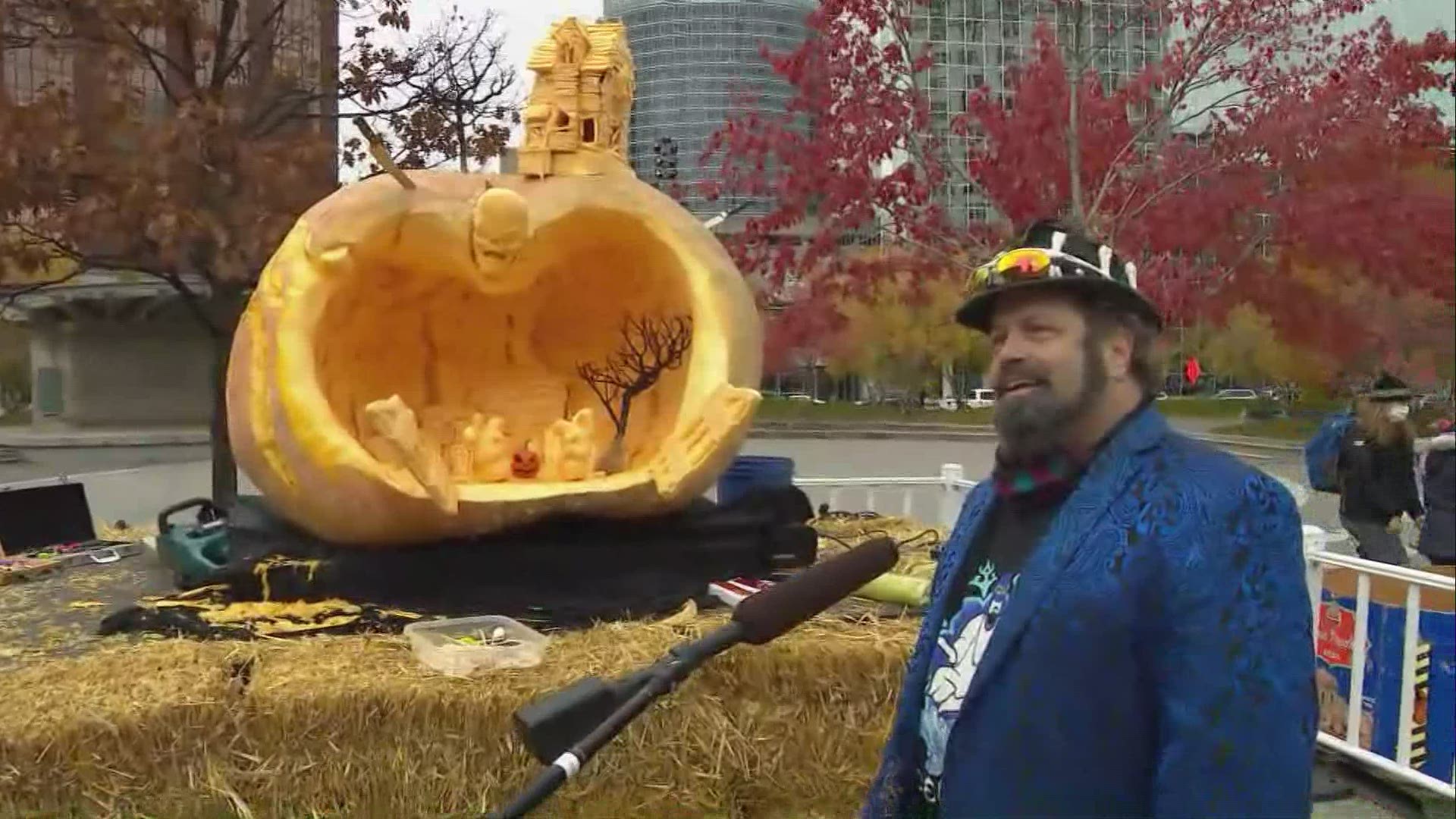