Michigan State Trooper Bill Strouse was monitoring traffic when he saw a banana car driving down the street. 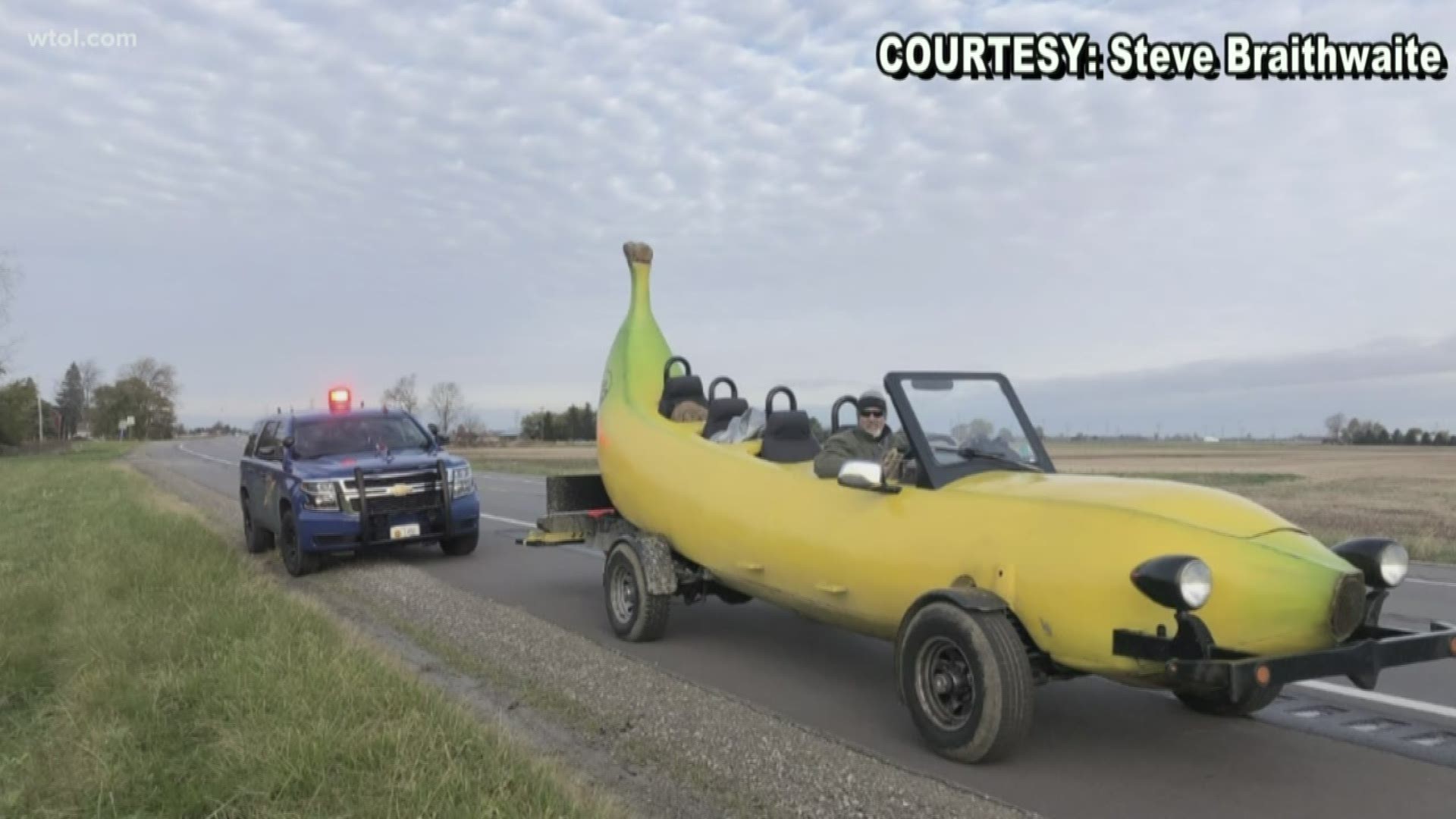 OTTAWA LAKE, Mich. — A Michigan state trooper's story became popular after he pulled over a man driving a 15-foot banana car down a road in Ottawa Lake, Mich. Instead of giving the driver a ticket, he ended up handing him $20.

Bill Strouse was monitoring traffic in his usual spot along U.S. 223 when he saw a flash out of the corner of his eye. Then, his eyes focus on a slow-moving yellow streak; it was a huge banana driving down the road.

"I thought, 'Are you kidding? That's cool!" Strouse said.

The trooper caught up with the driver that turned out to be Michigan resident Steve Braithwaite, who drives around the country with the banana car.

Braithwaite said he is used to the public appeal of his fruity convertible.

"He was very kind and checked out the big banana car. He checked the lights, windshield wipers and signals. Then he disappeared to call it in," he said.

Strouse returned with Braithwaite's license, wrapped in a $20 bill.

"The big banana checked out just fine," Strouse said. "I noticed the sign on the back of his banana and it said he was raising money and driving across America. That seemed like a very fun and noble thing to do. So, I pulled out my wallet and thought I would contribute."

Braithwaite built the banana car with a group of friends in Bowling Green, Ohio.

"We worked in my friend Mark Steele's garage," Braithwaite said. "We worked on Sundays when we all had time and it took us a couple of years to finish it. I would say the whole project cost about $25,000 to retrofit the banana on a Ford F-150 chaise. I have met so many people in this ride. The experiences are priceless."

Braithwaite grew up in England and moved to the United States in 1986. He is making his forever home in Onsted, Mich., but travels the country in the big banana car.

He is writing a children's book titled "The Weird, Wonderful and Sometimes Bizarre True stories of Steve and the Big Banana Car."

You can follow him on his Facebook page Big Banana Car. This story has traveled across the nation as well, with the trooper's generous gesture gaining popularity on social media.

"My motto is, do something ridiculous and be proud of it!" Braithwaite said.

Strouse was inspired by Braithwaite and that's why he decided to peel off a few bucks for his cause.

"I didn't intend on sharing this with anyone but my wife, but I guess that plan didn't work out," he said.

Now, you might end up finding a Michigan state trooper handing a $20 bill to Steve when coming across Braithwaite's book.