The small community of Marshall, Mich. has known about it for months, but the end of an era is about to happen in their town as Michigan's last Kmart store closes. 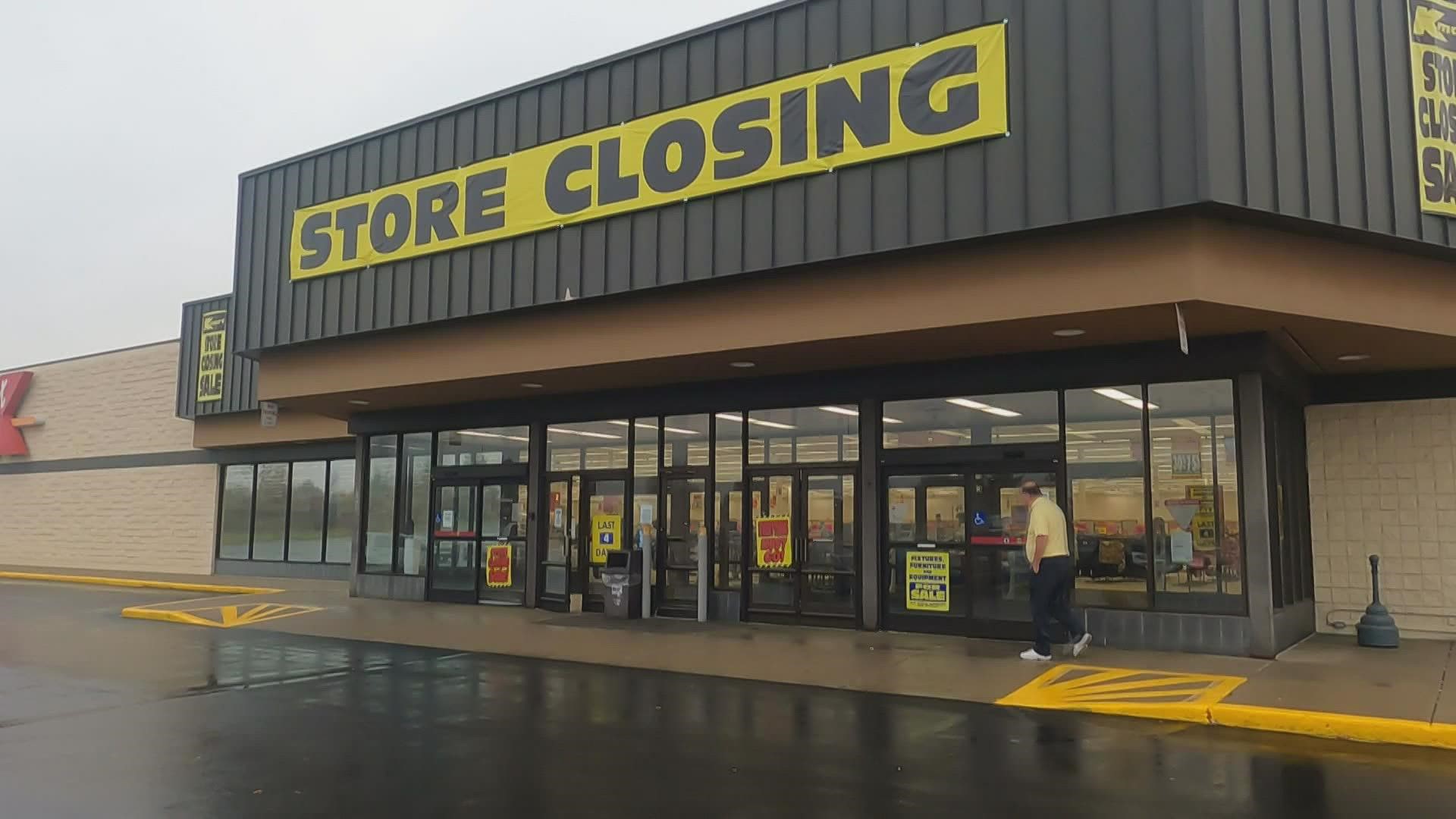 MARSHALL, Mich — The big box store Kmart has been shutting down locations all over the country for decades.

The store in Marshall, Mich. has been the last one still operating in the entire state since 2020, but its run will be done this weekend when it closes, ending the once-ubiquitous discount brand.

"We learned a few months ago that the Kmart store here in Marshall would be closing," said Tom Tarkiewicz who is Marshall's city manager. "The store will be missed."

The Kmart in Marshall (15861 Michigan Ave.), which is a small community located 20-minutes east of Battle Creek, will shut its doors this coming weekend. This particular store has survived as long as it has because it's the only national big-box retailer in the immediate area.

Additionally, Kmart didn't own the building, which prevented the company from closing the store years ago, along with several other Kmarts throughout Michigan.

"It's really going to hinder a lot of our residents who do not have the luxury of a vehicle but use our transit system to get to Kmart," said Tarkiewicz. "Marshall and Albion residents really relied on this store.

"The closest Wal*Mart or Meijer store to us is in Battle Creek."

The store opened in the early 1990s as a "Big K," replacing an older and smaller Kmart nearby.

"There's nostalgia connected to Kmart," said Tarkiewicz, who is a native of Troy, Mich., which was the home to Kmart's headquarters. "I remember when the first Kmart opened."

Last Kmart in Michigan is closing

Kmart peaked during the 1970s and 1980s, competing against other box-retail stores like Meijer, JC Penny and Sears. Before the retail chain's merger with Sears, then its subsequent double bankruptcies, there were nearly 2,500 Kmart stores nationwide, including 134 in Michigan.

Kmart abandoned its corporate headquarters in Troy in 2006. The original location in Garden City closed in 2017, leaving the Marshall location as the chain's last store standing.

"Our city's next concern will be filling that store location with a new tenant," added Tarkiewicz. "The owner of the property does have a buyer for the building but it's unknown at this time what the new owner's plans for it will be."

Credit: 13 ON YOUR SIDE
Before closing its doors for good on Sunday, Nov. 21, the Kmart in Marshall, Mi. is selling its remaining inventory for 30-75% off. Everything must go.

The Marshall Kmart will close its doors for good Sunday at 5:00 p.m. Until then, whatever merchandise is remaining can be purchased for 30-75% off the retail price.

"We're sorry to see them leave but time moves on," said Tarkiewicz.