Sid Wakser was near death, but it wasn't his time. Defying all the odds, he beat the deadly virus. 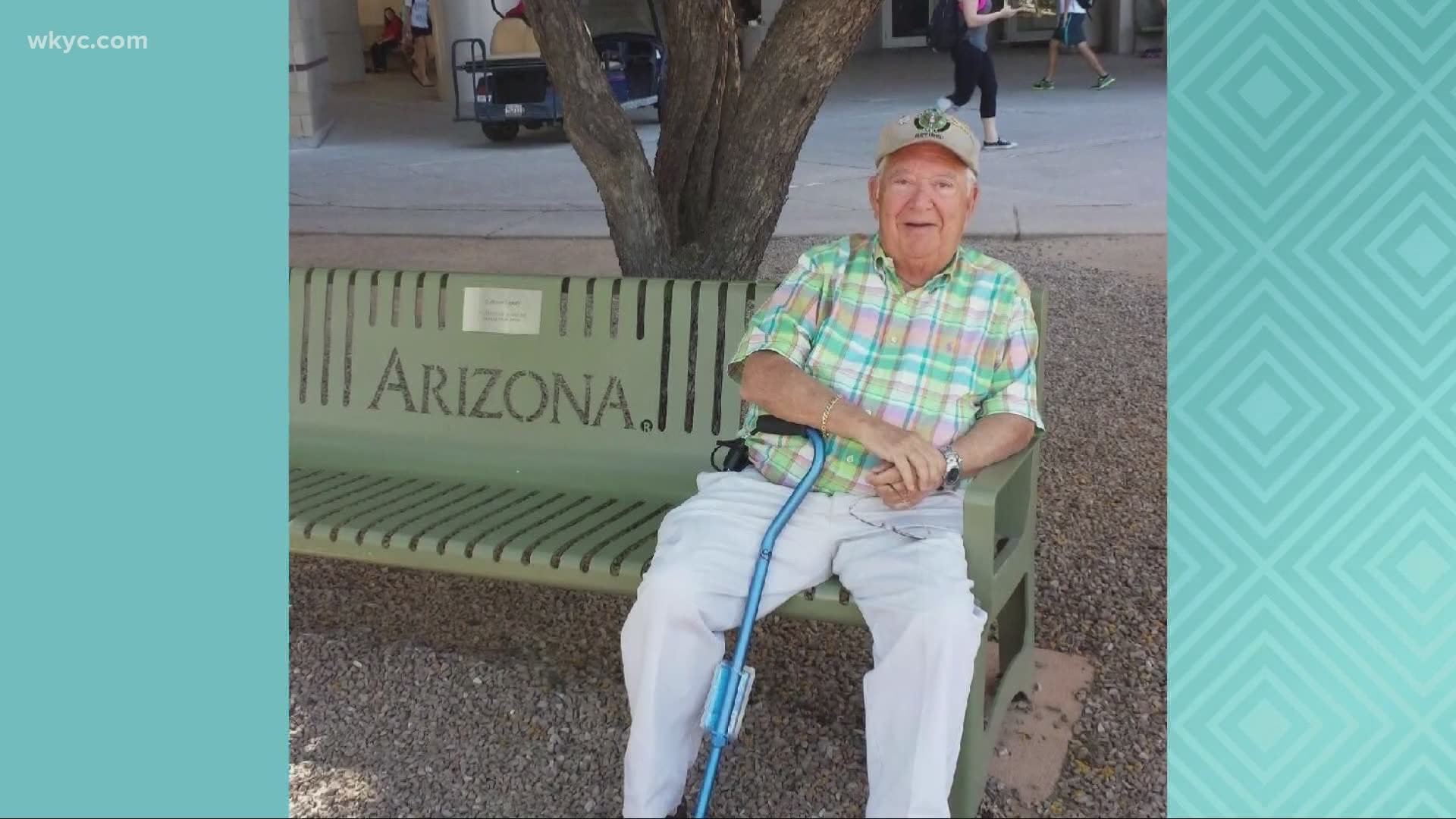 MAYFIELD HEIGHTS, Ohio — Life for 85-year-old veteran Sid Wakser was business as usual this summer. The active father of two sons, and grandfather of two granddaughters, was defining independence in his golden years.

“I went to Hillcrest hospital on July 3 to get tested and I never left," Sid told us.

Sid's son, Barry, says his dad is full of life, but it was hard for him to stay put during the pandemic.

“He has more energy than most 85 year olds. I mean, very sociable, outgoing. One of the problems is, he would never stay home,” Barry said.

But Sid told us he was only going out about twice a week to get food. In the first week of July, he started not to feel well.

“I was coughing a lot and I had a running nose," Sid said.

He drove himself to Hillcrest Hospital, where he was diagnosed with COVID-19. Because of his age, he was admitted.

“He really had a very mild case according to his doctor for the first week or so,” Barry said.

After five days, Sid was transferred to a skilled nursing floor at Menorah Park. Then, things took a turn for the worse.

“He was there for about three days and his oxygen levels started dropping pretty drastically," Barry recalled.

Sid was taken back to Hillcrest. Only, this time, he went to the Intensive Care Unit (ICU).

Doctors tried to stabilize him, but he didn't seem to be getting better.

“The doctor called me the one morning and said, 'We're not seeing any improvement in his lungs. It's time to talk about end of life care. It was pretty devastating," Barry told us.

At the time, Sid was on a ventilator, but he was aware enough to dream of a bittersweet reunion with his beloved, late wife, Karen.

But then, a miracle. Sid improved. It wasn't his time.

“The next morning that same doctor called me back and said, 'We're seeing a little bit of improvement," Barry remembered.

Sid was transferred to Aultman Hospital for additional care. Finally, after five weeks on a ventilator, and three months battling COVID-19, the hearty salesman, and life-of-the-party family man, pulled through.

"If I'm lucky enough, I want to take my immediate family. My two sons, my two granddaughters and Amy and Matt and Mary. I'd like to take them on a cruise so we can be together for a week," Sid told us.

His family says, Sid survived because of his excellent medical care and his fighting spirit.

“I'm not somebody who believes in miracles typically, but it really is," Barry said.

RELATED: Woman battles breast cancer and COVID-19 while inspiring others