Tamala Donald had no idea her son, whom she hadn't seen in four months, was sleeping in the room right next to hers hours before their heartwarming reunion. 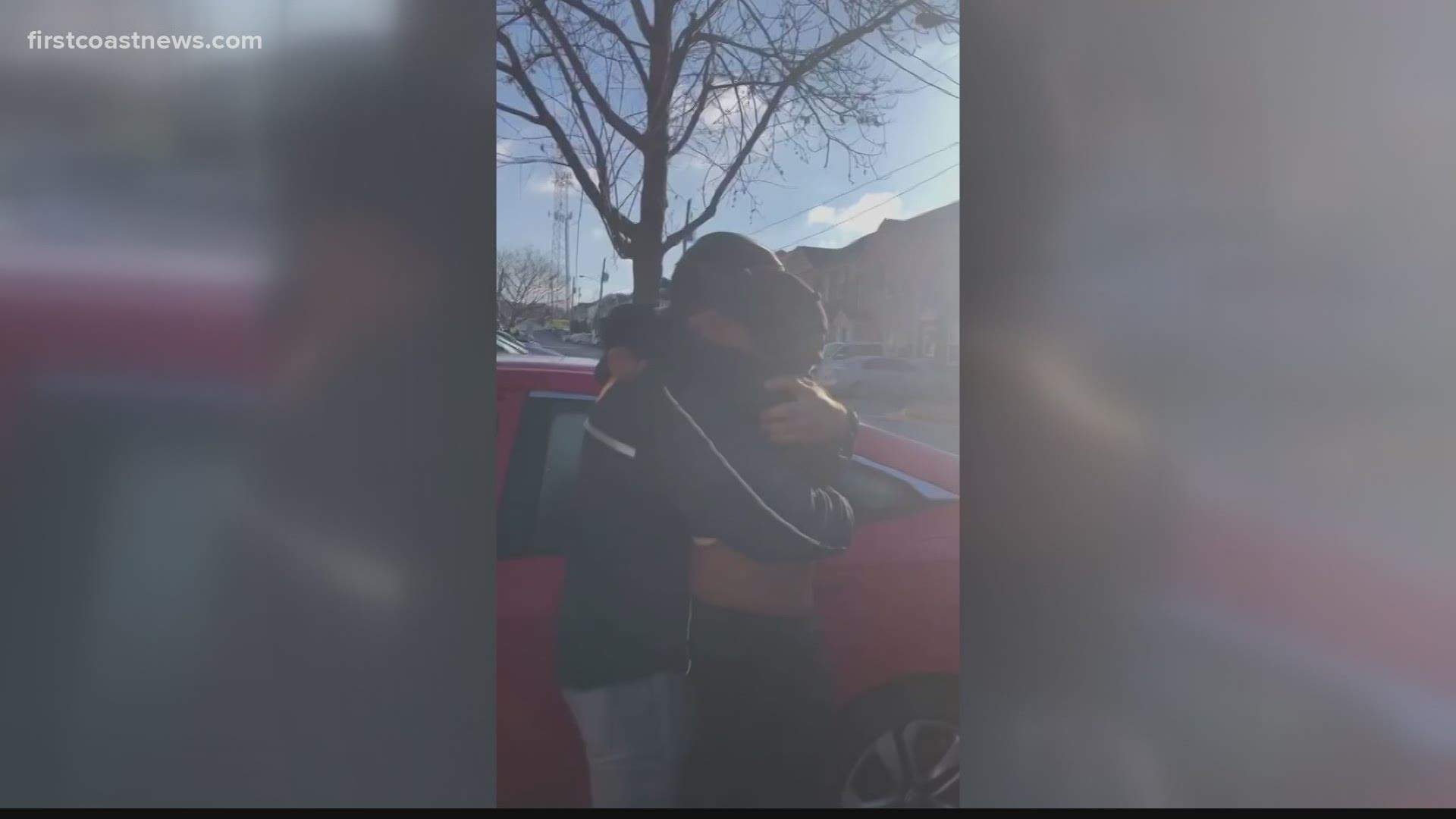 ATLANTA — It was a beautiful surprise for a military mom during the holiday season as her son returns home from the Navy.

Tamala Donald's 18-year-old son Bryce Chester left their Atlanta home for basic training in the Navy on Aug. 11, 2020. She says when he graduated weeks later, she couldn't be there due to the pandemic.

Since being apart, Donald has called and sent countless text messages to her youngest child, not sure of when she would be able to see him again.

With the help of his sister, Chester had a wonderful surprise for his mom. The two devised a plan. His sister snuck him into their family home Friday. He slept in the room next door to his mother, and Saturday morning the reunion happened. In a heartwarming video posted to Facebook, Donald is heard screaming for joy as she jumps into her son's arms.

"It was the best feeling in the world," Donald exclaimed. "My baby is home. I had never been away from him for this long. And just to know that he is doing something that is meaningful and when I tell you he is the best son that any mother could ask for. He is the child that every mother prays for."

Bryce won't be home on Christmas Day, but they'll enjoy each other's company while they're together for the next week and a half.