Paralyzed racing enthusiasts get to quench their 'need for speed!'

A dream came true Thursday afternoon for some disabled racing fans from West Michigan. They had a chance to get into a real race car, which has been modified for people who are paralyzed, and do a few high-speed laps around the track at Berlin Raceway. 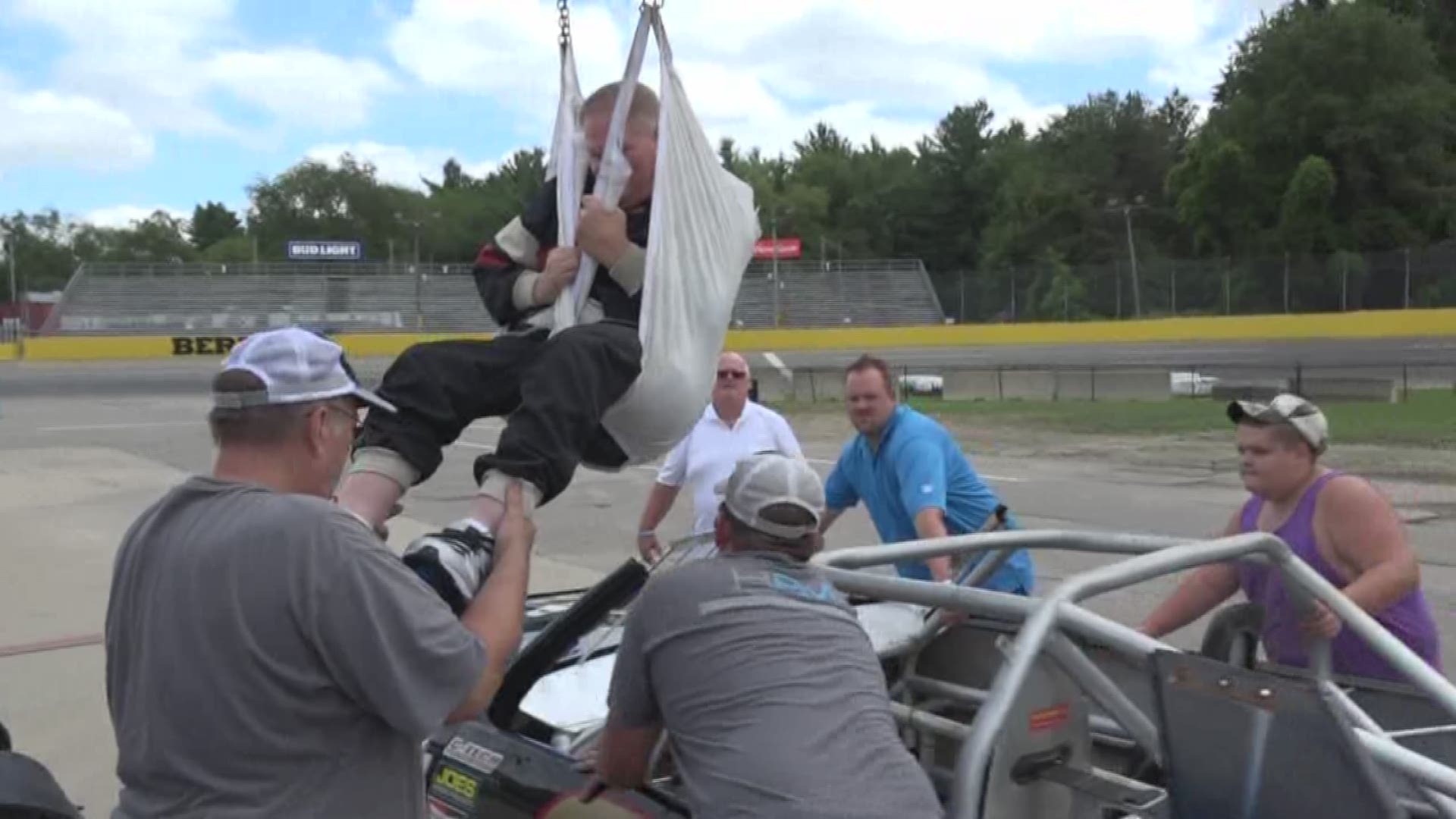 A dream came true Thursday afternoon for some disabled racing fans from West Michigan. They had a chance to get into a real race car, which has been modified for people who are paralyzed, and do a few high-speed laps around the track at Berlin Raceway.

"For me to be able to give back like this means the world to me," said Chuck Pierson, owner of a Vintage Racing Organization of America race team. "Soon after I experienced what it was like to get behind the wheel of a race car, I wanted tm make sure that other people with disabilities could have the same experience."

Pierson was just 17-years-old when he was involved in a car accident. He broke his neck and has been paralyzed from the chest down ever since.

Despite losing his ability to walk, his love for racing cars never left him. Pierson would eventually become a championship-winning car owner, who always wondered what it would be like to get out on the track and put the pedal to the metal.

That dream became a reality for Pierson in the summer of 2014, when fellow racing team owner Ken Deyman took one of his old race cars and modified it so it could be driven exclusively with one's hands.

"A tow truck is brought in and the crane lifts me up, they push the car underneath me, then the crane lowers me into the driver's seat of the car," said Pierson. "Soon after I experienced what it was like, I got to thinking that others should get to do this, too."

2017 is the third straight year Pierson has been able to receive permission from Berlin Raceway to commandeer an afternoon so that a handful of disabled race enthusiasts could get their chance behind the wheel.

"For me, this is a really special day because it's about giving back to the people," said Deyman. "This event started out as something very small and it's truly evolved into something great."

Pat Besta, 49, from Belmont, Michigan was among the five disabled drivers who got behind the wheel Thursday afternoon. In 1992, Besta was involved in a car accident which left him paralyzed and unable to walk again.

"This isn't something you normally think of doing being in a wheelchair," said Besta. "When you can't use your legs, you don't think about driving a race car, but thanks to [Chuck Pierson] other people in my situation can do it."

Besta was helped into the car, then zipped off pit-road and onto the track, where he did close to ten laps.

"It's amazing to be out there driving around," said Besta. "I've come here to Berlin as a fan and watched the races from the stands many times, always wanted to know what it would feel like to do this, and now I know."

Pierson hopes more people with extreme disabilities are interested in joining this event next year.

"I enjoy watching them get out of the car after they've driven the car for the first time," said Pierson. "They have what I call perma-grin, because they can't wipe the smiles off their faces."

Along with Pat Besta, three others experienced driving the race car. Adam Grassland from Kalamazoo as well as Mark VanLinden and Vicky Schmidt from Grand Rapids.