'SUSPICIOUS DEVICE' FOUND IN GR | Police in Grand Rapids say they are disposing of a "suspicious device" that was found in the Grand River under Sixth Street Bridge Thursday evening. Authorities didn't specify was the device was, but they shut the east entrance of the bridge down while they investigating. It has since reopened.

MURDER SUSPECT PULLED FROM LAKE | A Muskegon County murder suspect was found trying to drown himself in Lake Michigan Thursday. According to authorities, he shot and killed another man earlier in the day. He and a woman were found at Grand Haven State Park. The murder suspect was nearly naked in 55 degree water for about an hour before he was taken into custody.

CONGRESSWOMEN BANNED FROM ISRAEL | Israel said Thursday that it will bar two Democratic congresswomen from entering the country ahead of a planned visit over their support for a Palestinian-led boycott movement, a decision announced shortly after President Donald Trump tweeted that it would "show great weakness" to allow them in.

CHANGES TO CIGARETTES | The Food and Drug Administration (FDA) has proposed a rule to add health risk warnings to cigarette packs. It would include 13 warnings, including graphic images of cancerous tumors and diseased lungs. The draft of the rule was released Thursday, a final is due in March.

BUDDY'S IN KZOO | Buddy's Pizza is expanding its footprint in West Michigan. The Detroit-based pizza chain announced its opening a new location in Kalamazoo 2020. Buddy's opened their first West Michigan in Kentwood and are expected to open more in the Grand Rapids-area in the future.

THE FORECAST | Temperatures will be back to the 80s. Today will be partly to mostly cloudy and milder with afternoon showers and thunderstorms possible. 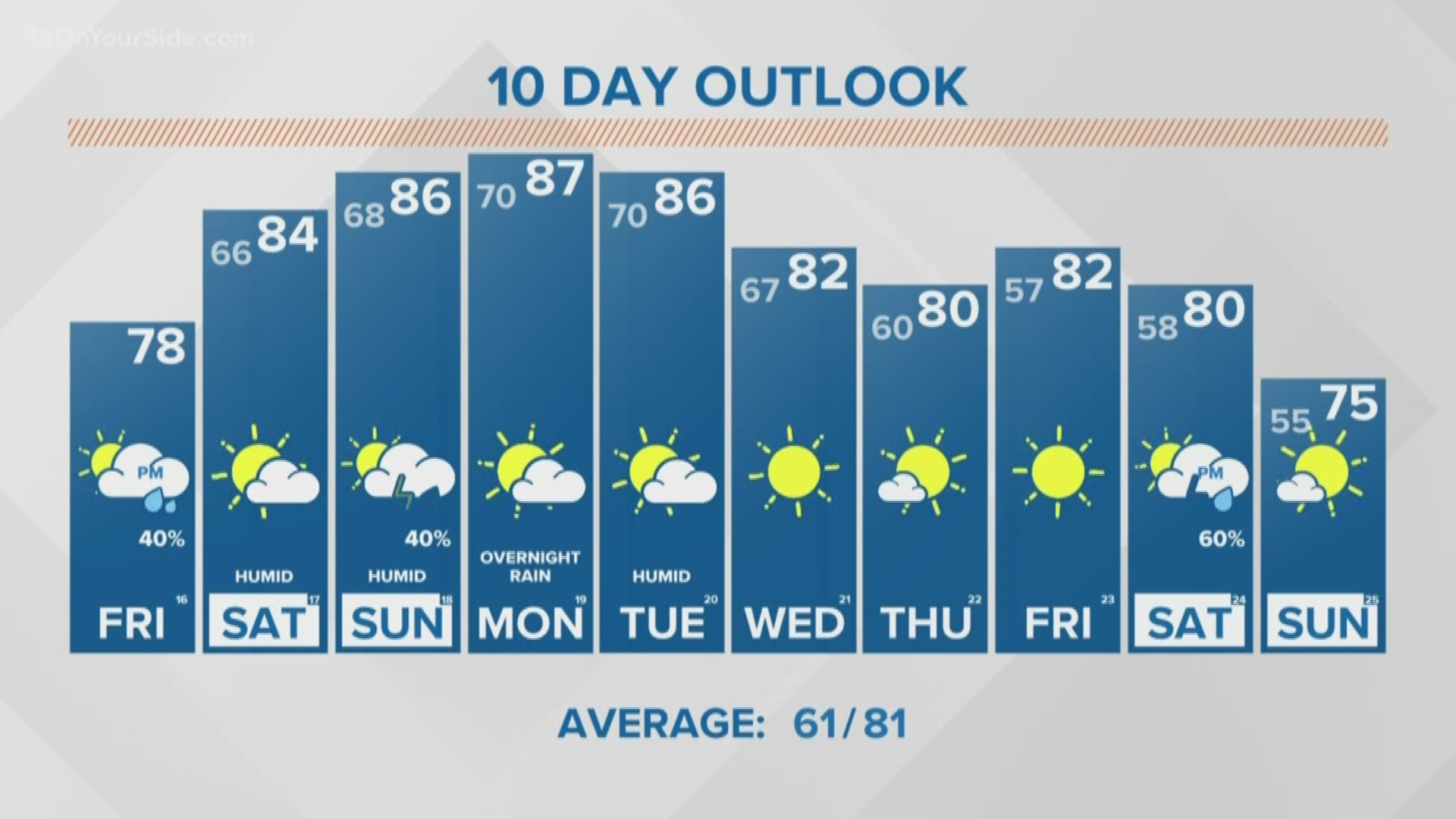