NEW IMMIGRATION PLANS | New rules by the Trump administration could deny green cards to immigrants who use Medicaid, food stamps, housing vouchers or other forms of public assistance. They are going into effect mid-October.

SPINACH RECALL | Dole is voluntarily recalling some of its baby spinach products because they are expired and carry a health risk of Salmonella. They were distributed in 10 states, including Michigan. Check your fridge for the spinach and toss it out.

GR CHECK SCAM | The Grand Rapids Police Department is warning residents and businesses around Michigan of fraudulent checks being passed around in the city's name. Four checks have surfaced from Flint to Wyoming.

BEAR SPOTTED AGAIN | A black bear seems to be spending quite some time in Walker, near Alpine Avenue. It was recently spotted near Alpine Estates, at 3 Mile Road NW and Bristol Avenue NW. It was caught on surveillance video. The DNR says its likely alone and should be left alone to move to bear country where it would be a little safe..

PSL ARE BACK EARLY | Let the pumpkin spice lovers rejoice, PSL season is here and popping up a little earlier than usual. Starbucks' ever-popular Pumpkin Spice Latte will make its official comeback on August 27.

THE FORECAST | West Michigan will enjoy a break from high humidity behind a cold front. Today will become partly sunny and less humid. 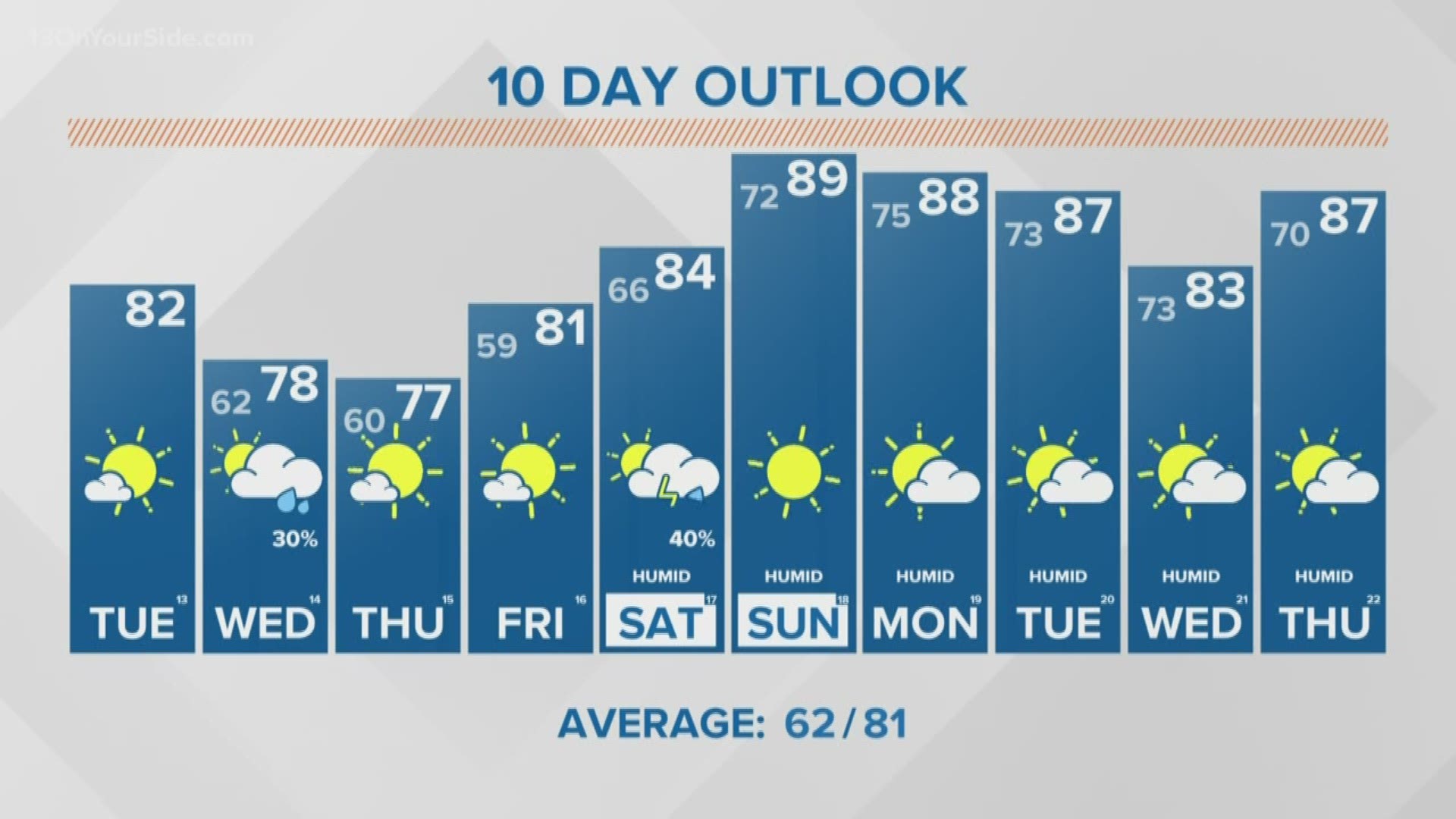