The student's video with Oprah has racked up nearly 3 million views. 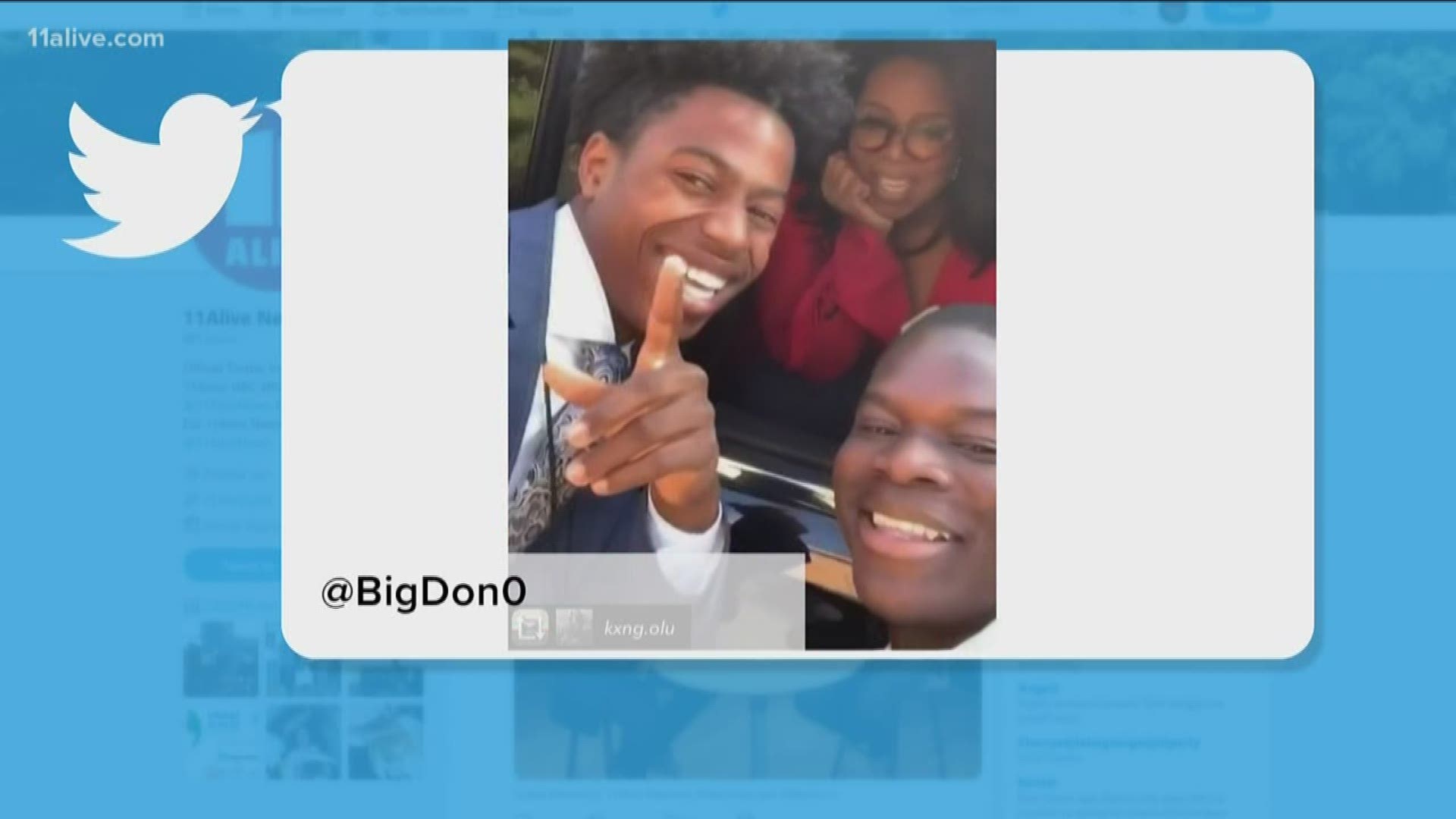 ATLANTA — Imagine getting the opportunity to take a selfie with Oprah … and then receiving an unexpected gift.

That’s what happened to a Morehouse college student recently.

Meet Olufemi Yessoufou. His friends call him Olu. He’s a freshman at Morehouse College, and like most students, he was excited when he found out talk show legend Orpah Winfrey was coming to campus.

The media mogul visited Morehouse earlier this month to celebrate the 30th anniversary of the Oprah Winfrey Scholars Program. Olu got the chance to hear her speak.

“She was having a fireside chat at the Ray Charles Center,” he told 11Alive’s Nick Sturdivant.

Afterwards, he wanted to get one more moment with her.

“So, we raced to the side of the road and we saw the car – ‘Oprah! Oprah! Oprah!’,” he recalled shouting.

By his side, his friend and fellow Morehouse student, Zachariah Smith.

“We actually ran down the car a little bit, and so she stopped because it was a red light,” Smith said. “Rolled down the window.”

“And she waved at us,” Olu recounted. “We walked up, and we explained to her a project that we are working on. She said that she liked it and then we asked if we could record.”

As they went to take a video, this moment happened:

“Hey, Oprah!” the students say in the video.

“Hey, that’s me with your cracked phone!” she says, laughing.

“Actually, the day after (Olu) put the video on Twitter, I didn’t even realize that it had gone viral. My dad had actually texted me,” Smith said.

The next morning the engineering major with the cracked screen protector got an unexpected message.

Olu told 11Alive the first call he made after getting the news was to his mom.

“I talked to my mom, my grandma, my dad and then I called some friends back home,” he listed.

Not long after, his new phone arrived in the mail, and with his Morehouse brothers, he un-boxed the new phone, posting a thank you on social media.

“It really took a lot of pressure off my parents. My mom was so happy,” Olu said.

“I was actually about to give her the phone at first. Because I was like, I already have a phone let me give it to my mom, but she was like, ‘no that’s a phone from Oprah, you got to keep it’,” He added.

Olu’s video with Oprah has racked up nearly 3 million views. He hopes to get a chance to work with her on project he’s working on with fellow students called “Adopt A House."

Man seriously hurt after dog ran over him with ATV

Jimmy and Rosalynn Carter are now the longest-married presidential couple