People are returning so many Corgi puppies, rescuers can't take in more

East Coast Corgi Rescue says dozens of people who adopted puppies during the pandemic are now trying to take them back. But not every shelter is seeing the problem. 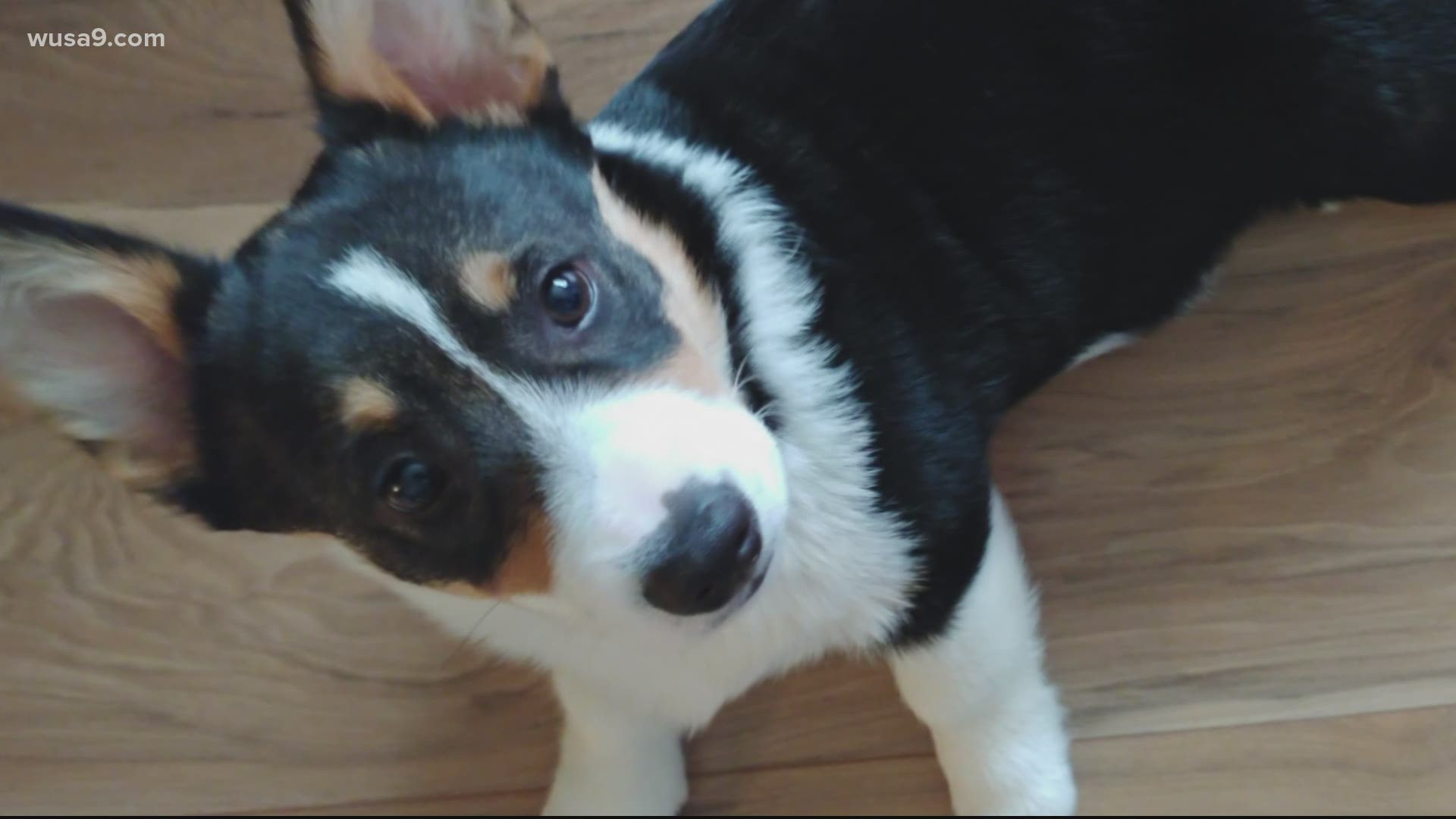 WASHINGTON — Some animal rescues say they are overwhelmed with people trying to get rid of the cute little puppies they adopted in the heat of the COVID crisis. It's far from everyone, but East Coast Corgi Rescue said it can't save any more dogs for now.

"For those of us in rescue, we always knew this was going to happen," Melissa Terzis said.

The D.C. woman loves her rescue dogs so much, she's taken in three of them. Each with their own issues.

"Piper is the product of a backyard breeder," she said, smiling at the corgi sprawled out in her arms. "She can scoot around like a mermaid, but we mostly carry her everywhere."

Then there's Ziggy, a shaggy little guy who keeps nosing around.

"I brought him home and he had a host of health problems," Terzis said.

Annie is her daughters' favorite.

"I wanted to get her safe and get her out of there," Terzis said referring to the breeder where she found her.

"I play with Annie the most," Mercina Terzis said. "I like that she's cute, playful and sweet."

1 / 4
East Coast Corgi Rescue
Meet Riley: Born 8/1/2020. She was surrendered with a broken leg, and her owner was very upset to have to surrender, but had health issues and had Riley in a crate 12 hours a day.

But Terzis and her fellow volunteers at East Coast Corgi Rescue say they just can't take any more dogs in.

"Some of these stories are really sad," she said of the people who are trying to surrender their pandemic pups. "People have paid $2,500 for a puppy that's not bred well. It's aggressive, it's biting their kids. It's biting them."

Where once East Coast Corgi Rescue got one or two surrender dogs a week, now they're getting one or two a day -- and many of them are just a few months old.

Terzis blames bad breeders and warns people to be very careful when buying a dog. There are recommendations on the group's website about how to pick a good breeder.

Terzis also said, no matter your age, or the age of your dog, it's a good idea to take an obedience class together. "It really helps the bonding and love between owner and pet," she said.

"It's not true, people are holding on to their pets," Jenneh Billeter of HRA said.

They have seen a drop off in adoptions though, so if you're interested in a perfect mixed breed -- or a potentially challenging Corgi -- just reach out to these rescue organizations.