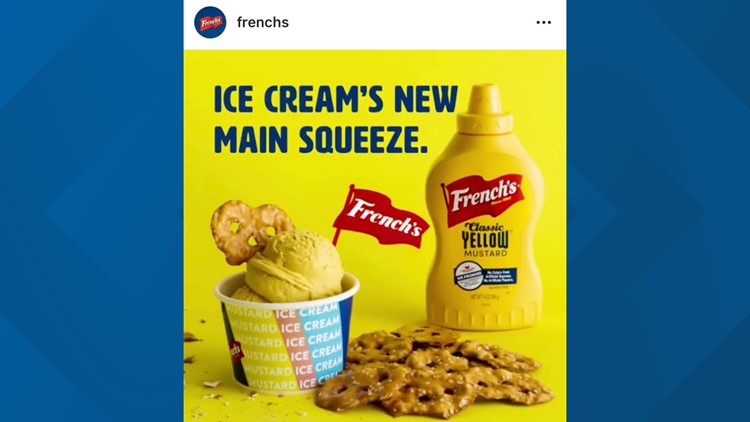 LOS ANGELES — A totally outside of the box ice cream flavor is making its debut.

To celebrate National Mustard Day, French’s has come out with its very own yellow, sweet and tangy creation.

The ice cream will be served with a pretzel cookie in New York City and Los Angeles starting Thursday, Aug. 1.

The bold flavor wasn’t an instant hit for skeptics.

But those who managed to get an early tasting say it’s not as bad as it sounds.

If you would like to try the treat but don’t live in NYC or LA, French’s proudly touts an easy, at-home recipe of the dessert.

The scoop on where to get the best ice cream in the St. Louis area