Just after placing the call to discuss his cable, Dan Magennis' speech became slurred and he lost feeling in one of his arms and legs. 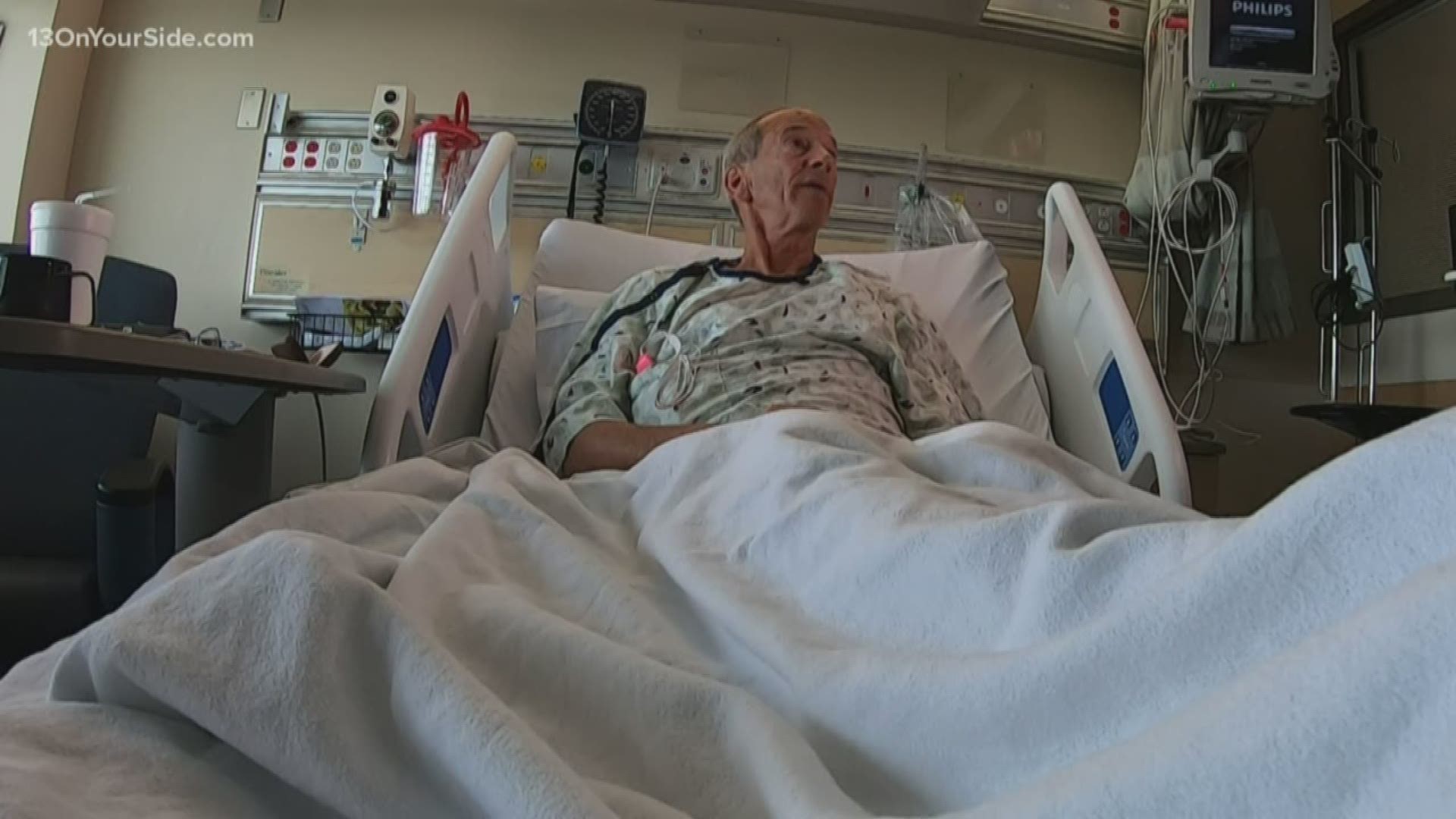 GRAND RAPIDS, Mich. — Dan Magennis had no idea just how important his decision to call Comcast before doing yard work would end up being.

"Had I not done that I don't know that I would've gotten back out of the backyard," said Magennis, from his hospital bed Thursday. "Honestly, it all happened so fast."

In retrospect, Magennis realizes now that he had a symptom of a stroke several days prior — when he briefly lost his eyesight in one eye.

"I didn't really pay any attention to it, but obviously, I should have," Magennis, who has had no prior health issues, said.

On Tuesday, Aug. 13, Magennis called Comcast to get help with his cable. He was connected to a customer service representative in Jackson, Mississippi.

"Only thing I was able to get was his name and then his words got slurred right away," said Kimberly Williams. "And then I heard the phone drop."

"I could see a person hanging up, but she didn't," Magennis said.

Williams was familiar with the slurred speech of a stroke victim because she's heard it before. When Williams was a teenager, she witnessed her grandmother having a stroke.

"The way he was trying to respond, that's the way my grandma was responding to me and I will never forget that," Williams said by phone Thursday.

Once she realized something was wrong, Williams began googling first responders in the Walker, Mich., area.

It took her several tries to get through to someone, but finally, she made contact with dispatchers, who immediately sent crews to Magennis' home.

First responders came in through Magennis' garage and rushed him to Spectrum Health Butterworth Hospital, the state's largest comprehensive stroke center. Within an hour of being at the hospital, the clogged artery that led to Magennis' stroke had been unclogged by Spectrum Health neurosurgeon Justin Singer, who directs vascular neurosurgery and the neuroendovascular program.

Dr. Singer says had Magennis arrived at the hospital any later, this would've been a different story.

"Had this person not intervened and just hung up the phone, I think [Magennis] likely would've had a very large left-sided stroke that would've left him with significant disability," Dr. Singer said. "Under certain circumstances someone can even die from a very large stroke."

Instead, Magennis is set to be released from the hospital just two days later with almost no discernible signs of a stroke. Thanks to a Comcast agent, who didn't hang up.

"If that hadn't happened, I'm not sure where I'd be today," Magennis said. "I don't think I'd be right here."

To learn how to spot a stroke, visit Spectrum Health's website.