The 6888th Battalion was the first and only all-black, all-female battalion in World War II. Only five of those women are known to still be alive. 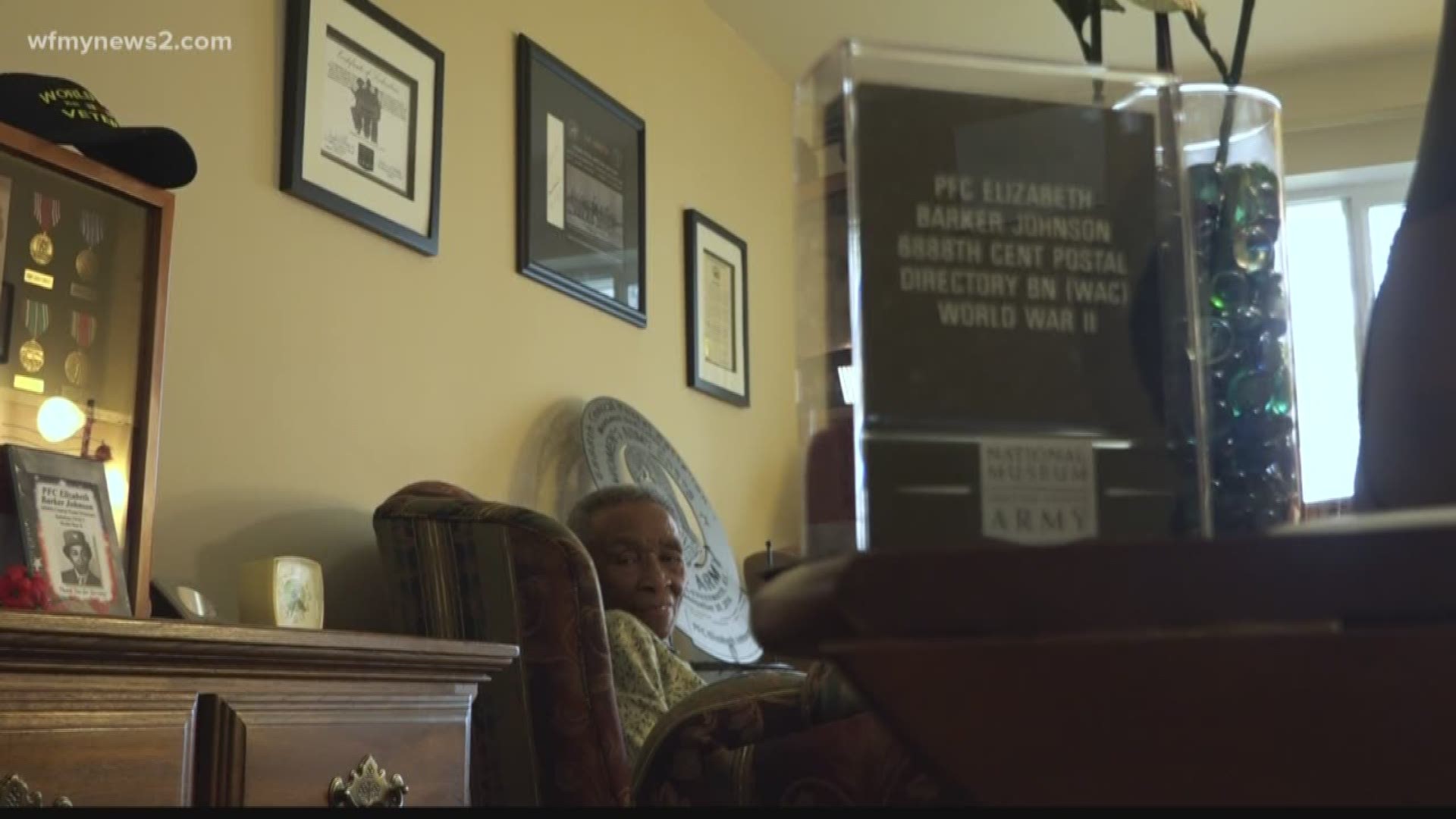 HICKORY, N.C. — In 1945, 855 women went overseas tasked with clearing a massive backlog of letters from loved ones to their soldiers overseas during World War II.

The 6888th battalion was the first and only all-black, all-female battalion in World War II

“Mail had been backed up for 2 or 3 years,” said Private First-Class Elizabeth Johnson, one of the women in the battalion. “They said, ‘We’re going to give you a year to get all this mail straightened out,’ and we did it in six months.

But knowing they were helping the brave soldiers finally hear from their loved ones made the strenuous task a pleasure.

Johnson’s journey began in 1945 when she came across an ‘Uncle Sam Wants You’ newspaper ad while checking the mail at home with her parents.

“I just threw it down on the ground,” she remembers. “Then I looked down again and I started reading it and I said to it, ‘Well, you know what, maybe, just maybe, you got me!”

Six weeks later, Johnson joined the U.S. Army Women’s Corps which first took her to Massachusetts for training and then to Kentucky.

Soon after, she was sent to England for 3 months and later France, where she spent most of her time.

It was the first time she’d left the country.

“I had a chance to stay longer after the war ended, but I said no, I’m going home,’ Johnson said.

Her father was dying and her mother, also ill, would remain alone if she didn’t return.

Back in the United States, Johnson returned to her hometown of Elkin in Wilkes County. 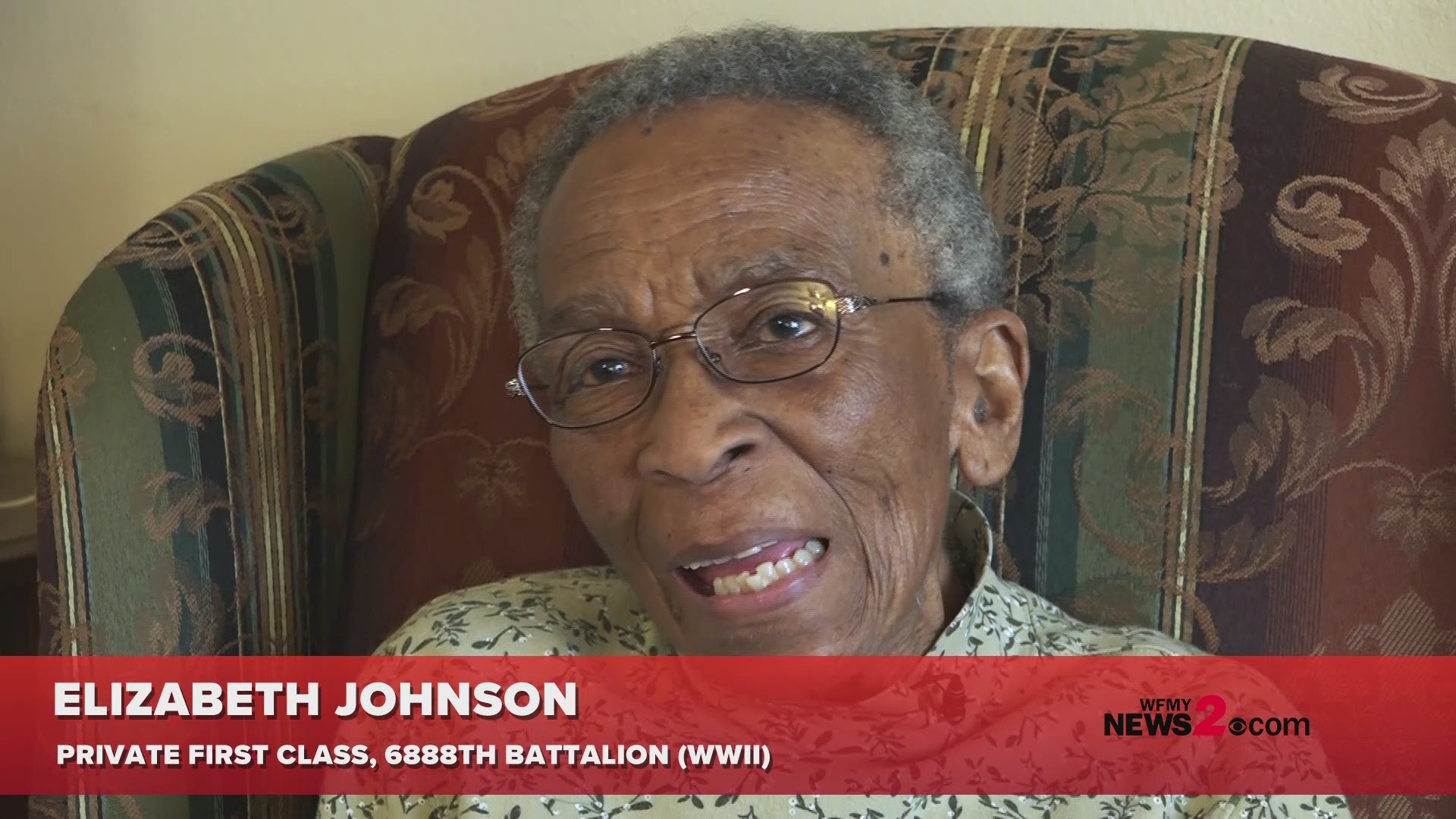 Per her mother’s recommendation, and a desire to learn and continue to serve others, Johnson enrolled at Winston-Salem State University, then the Winston-Salem Teachers College, the first female ever on the GI bill.

“I was determined that I was not going to just sit around and wash dishes and fold other people’s laundry and that sort of thing,” Johnson said.

Johnson commuted from Elkin to Winston-Salem every single day, either catching a ride with a neighbor or driving herself once she was able to get ahold of a car.

Luckily, she’d met a Winston-Salem couple that let her move-in with her so she could get to her classes.

But, according to Johnson, this wasn’t the first time she’d encountered an issue like this.

When she was a young girl, Elkin didn’t have a Black school at the time. She had to travel to Boonville, miles away to get her education.

Soon after completing her college studies, Johnson taught at a school in Virginia.

Because of her new responsibilities as an educator, she couldn’t join her classmates at her commencement ceremony.

“The day of graduation I had to work,” she explained. “I said, “As long as I got my degree, I’m not going to worry about it.”

From there on, she dedicated over 30 years to educating youth in Virginia and Central North Carolina – Her spirit of giving back, ever present.

Ms. Johnson currently lives in Hickory, has two children, and many grandchildren and great-grandchildren.

The women of the 6888th Battalion were not publicly recognized for their contributions in WWII until recently.

In November, a monument was unveiled in their honor at Fort Leavenworth in Kansas and 855 of their names, including Ms. Johnson's are now engraved on the memorial.

Ms. Johnson still remembers some of her chants from the Women's Army Corps. Listen to the 'Salute to the WAC' below: 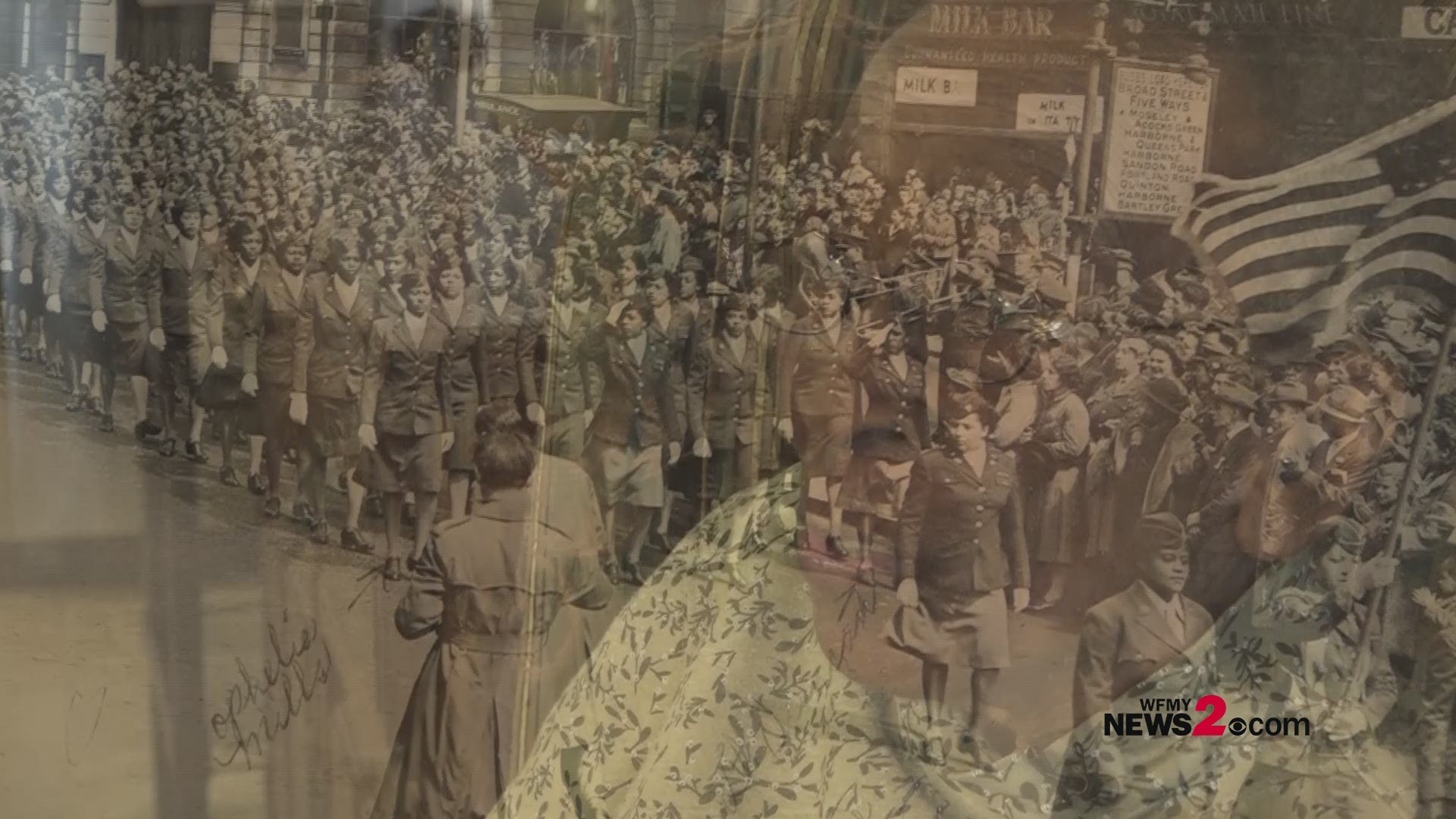