Susie, a 32-year-old chimpanzee, had a lump growing on her right wrist. 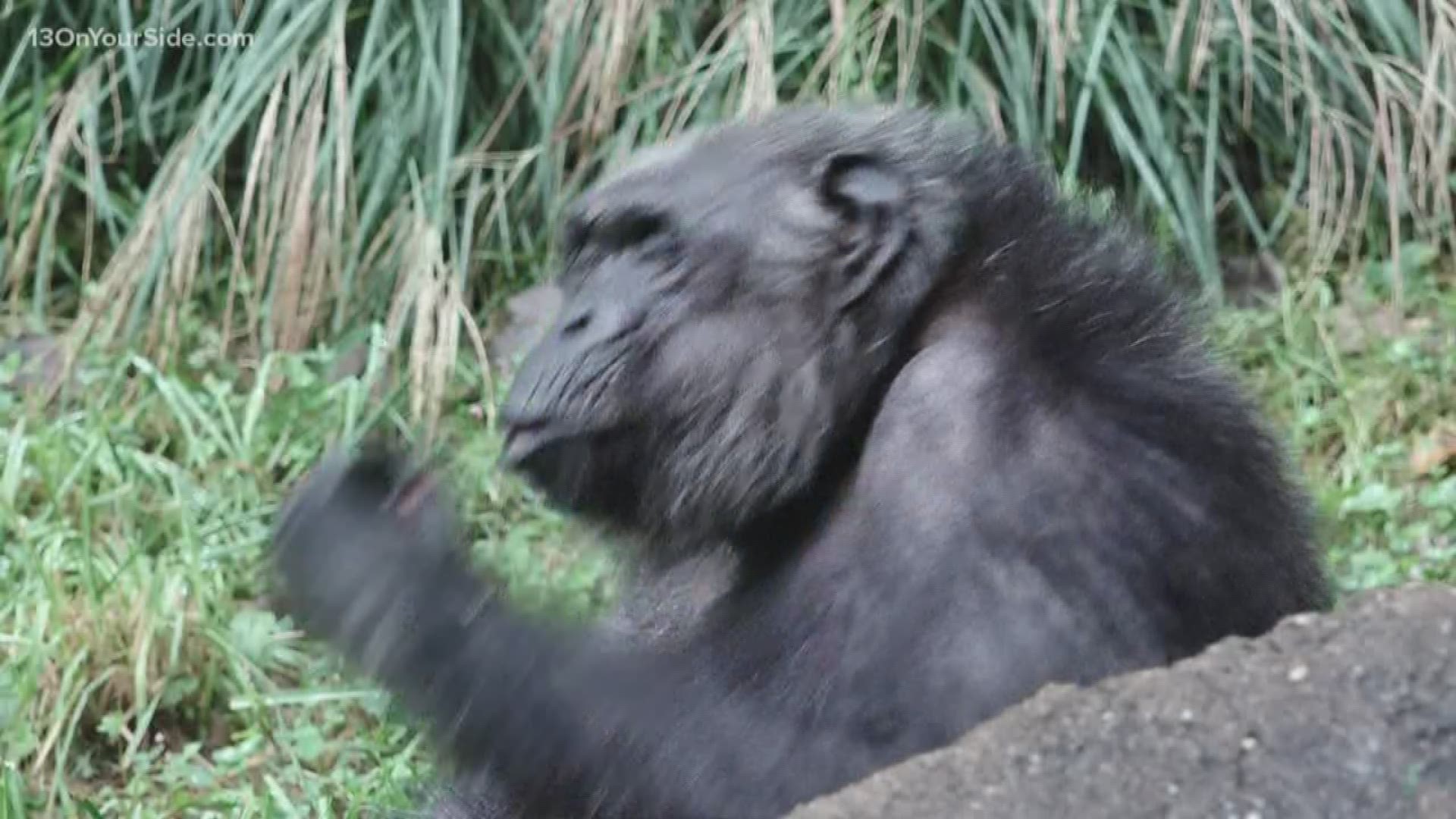 GRAND RAPIDS, Mich. — Dr. Peter Jebson, the department chief for orthopedics at Spectrum Health, has examined thousands upon thousands of hands and wrists in his more than two decades of work, but none quite like this.

The veterinary team at John Ball Zoo noticed swelling on the back of one of their chimpanzee's wrists several months ago. The lump did not appear to bother 32-year-old Susie, so the team just continued to monitor it.

"They were due to perform an annual physical examination," Jebson said Thursday. "And they were wondering if while the chimpanzee was under anesthesia, we could examine the wrist."

Jebson said he jumped at the opportunity. He made a house call to the John Ball Zoo's operating room on Sept. 19.

"I've never seen an X-ray of a chimpanzee wrist before, but as an avid anatomist that was the most impactful thing," Dr. Jebson said. "If you look at the X-ray, it almost looks like a human being's wrist. It has many of the anatomical features that you and I have."

After aspirating fluid from the lump and examining the X-ray and ultrasound scans, Dr. Jebson determined that it was a benign tumor.

"She wasn't experiencing any pain, limping or fidgeting with the mass, so we elected together as a team to just observe it and wait and see," Dr. Jebson said.

Dr. Jebson said he hopes collaborations like this one continue between Spectrum Health and John Ball Zoo.

"We have amazing medical experts, we have technology advancements, so how can we leverage some of that to help the John Ball Zoo," Dr. Jebson.

Emma Nicolas is a multimedia journalist. Have a news tip or question for Emma? Get in touch by email, Facebook or Twitter.