The skull, according to the museum, is around 220 years old and it was discovered in Sullivan Lake near Fenton, Mich. in July of 2020.

GRAND RAPIDS, Mich. — The Grand Rapids Public Museum (GRPM) is displaying an Eastern elk skeleton with a history of 200 plus years.

Eastern elk are an extinct species of elk that were native to Michigan and east of the Mississippi River. The skeleton at the GRPM is made up of bones found and from two separate animals.

The skull, according to the museum, is around 220 years old and it was discovered in Sullivan Lake near Fenton, Mich. in July of 2020. The skull was accidently pulled up from the bottom of the lake, when its antlers got hooked on the anchor of a swimming platform that they were moving.

The rest of the skeleton on display comes from a second, younger and smaller animal found on the east side of Basset Lake in July 1968.

“Both finds are important,” said Dr. Cory Redman, the GRPM’s Science Curator. "Eastern elk were exterminated so quickly it is difficult to determine their original range or study their physical differences, because few specimens exist in collections.”

Over hunting and habitat loss from colonization caused the extinction. Eastern elk were declared fully extinct in 1880.

The skeleton can be found in the Museum’s West Michigan Habitats exhibit. Advance ticketing is required. Visit grpm.org for purchasing information. 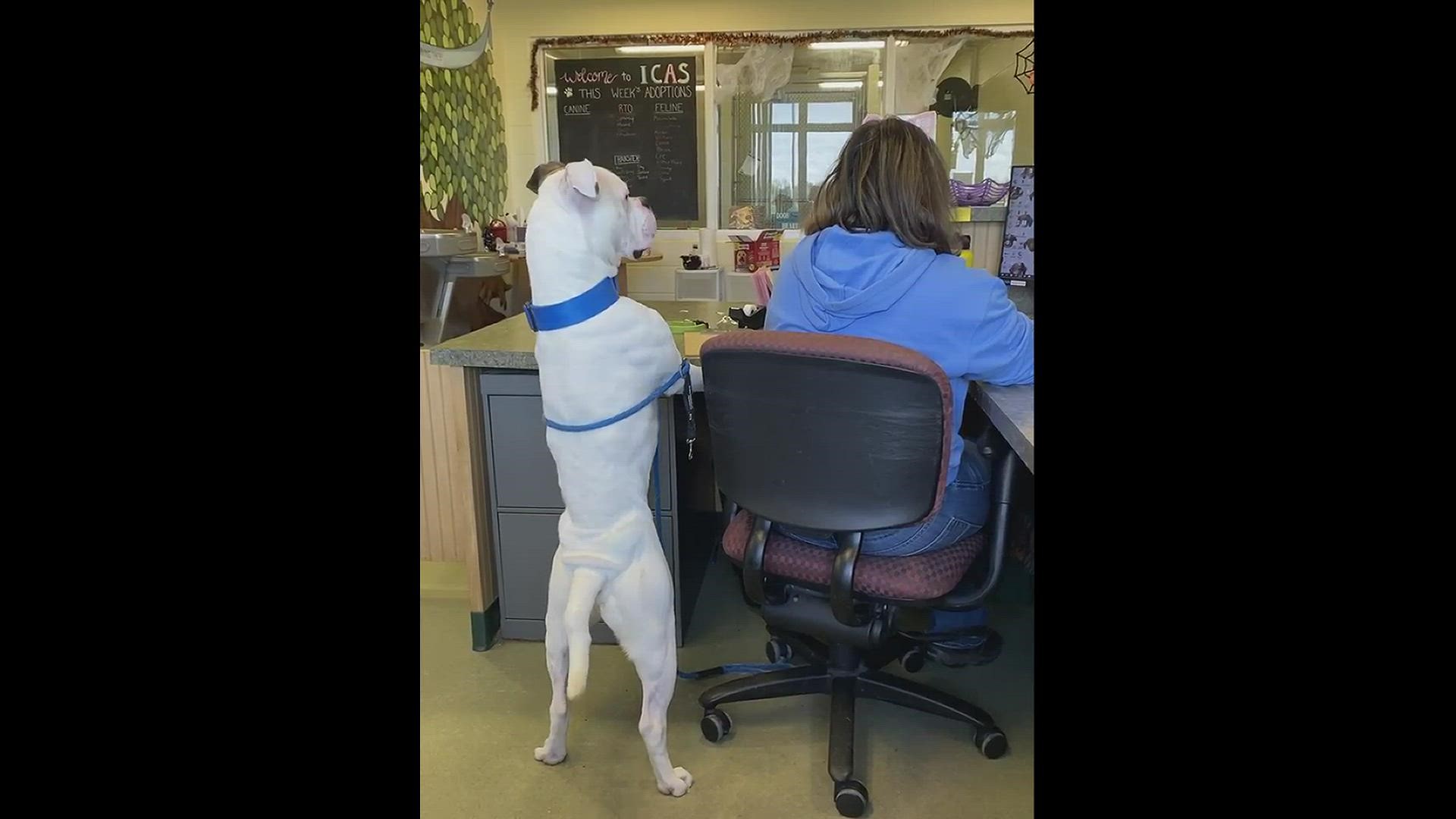 Adoptable dog in Ionia County 'patiently waiting for his adopter'