D'Jango, K-9 shot in the line of duty, is now going home

The K-9 had previously beaten cancer, now he's beaten a shooting that was meant to take his life. 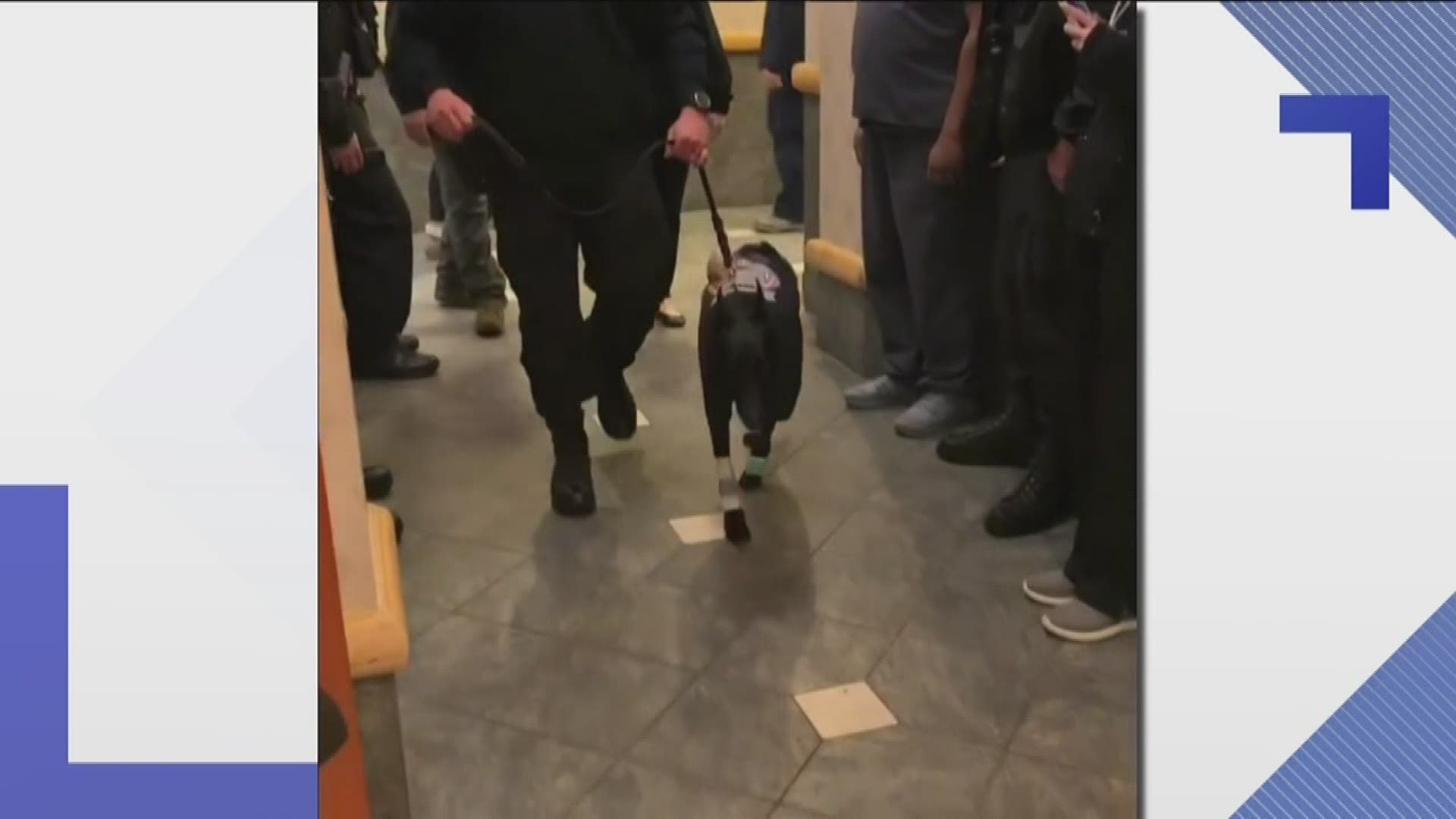 DEKALB COUNTY, Ga. — A DeKalb County police K-9 who was injured in the line of duty is finally heading home for more recovery this weekend following a shooting and two surgeries.

The police K-9 was shot Tuesday afternoon while attempting to capture a suspect on the run.

According to officers, the 26-year-old suspect, Akinyia Malik Jerome Gray, was shot by police after he shot the dog. Gray later died as a result of his injuries.

Gray had been wanted on a number of outstanding warrants when the pursuit began.

RELATED: He once beat cancer, now police K-9 D'Jango is recovering after being shot

D'Jango was wounded in his lower abdomen area, with significant damage to his right rear femur. No major organs were damaged, however.

His first surgery was on Tuesday at Blue Pearl Veterinary Hospital.

DeKalb Police said that D'Jango has been with the Department for the past six years and has previously beaten cancer.

"There was a team outside waiting for the team to arrive," Blue Pearl Veterinary Hospital Medical Director and surgeon Kevin Winkler told 11Alive's Kaitlyn Ross. "He was transported immediately to our emergency department where a team starts right off."

RELATED: 'It's what drives us': Surgeon who helped save police K-9 D'Jango's life speaks

Veterinarians said that while he had been improving following the first surgery, they needed to wait to perform the second surgery to fix D'Jango's broken leg to make sure he was stable enough to operate.

D'Jango's partner, Sgt. Cusimano has been reading messages of support from people all over the world who are pulling for them.

Yet another bear sighting reported in north Fulton

Mom claims strangers offered to help with her horse, but sold it instead

Canine Body Language: What is your dog trying to tell you?