Watch this bald eagle pluck a fish from Megunticook Lake

'Freedom has been around for years now,' says Aaron Bailey, who captured the moment. 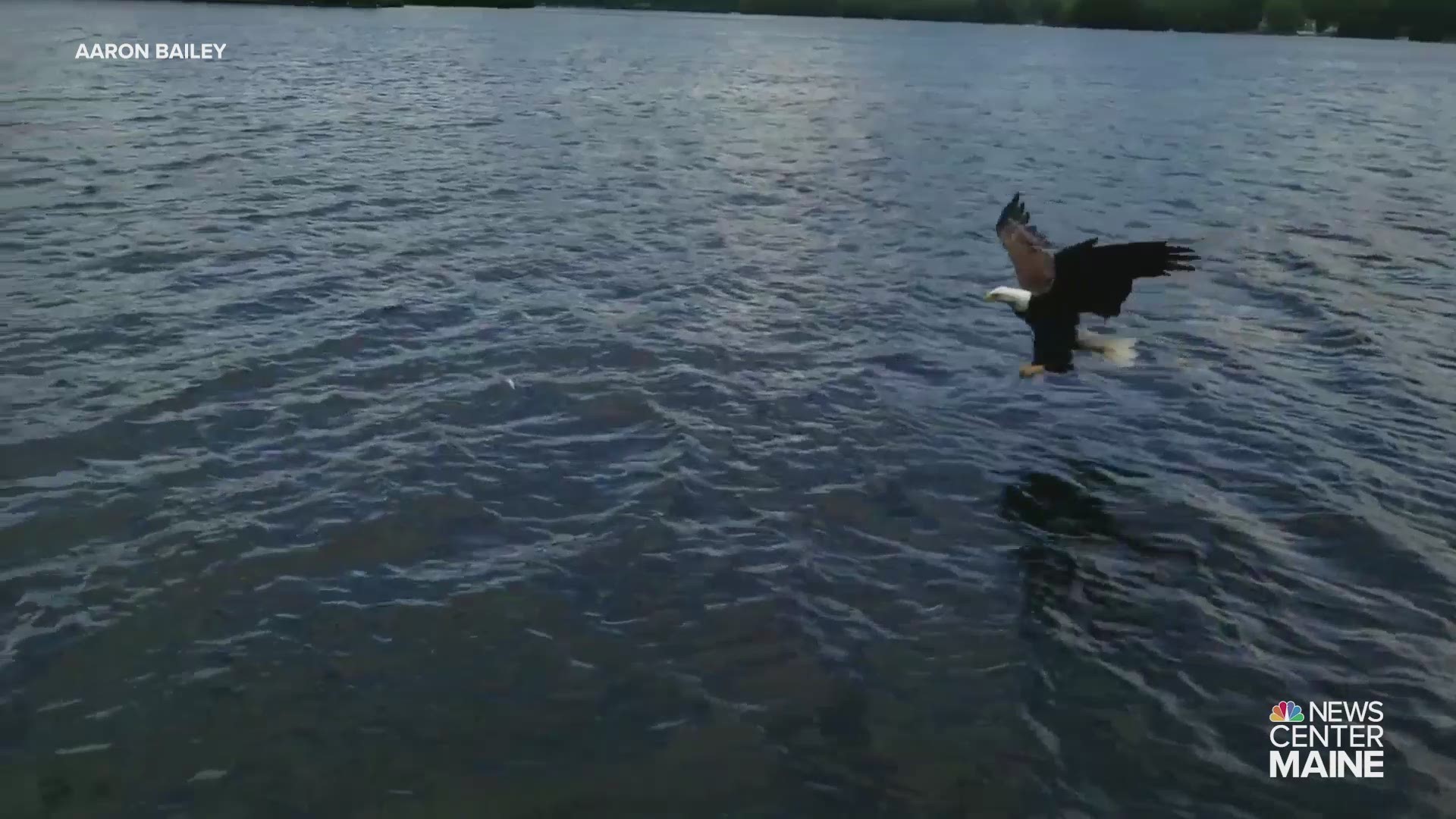 CAMDEN, Maine — A Mainer over the weekend captured video of a majestic bald eagle grabbing a fish from Megunticook Lake in Camden, and it's incredible.

Aaron Bailey says he was at his family's camp on the Knox County lake, flanked by Camden Hills State Park and Bald Mountain Preserve.

The bird can be seen in slow-motion video approaching the water with both legs stretched, gracefully picking the fish up and flying away.

"Freedom has been around for years now," Bailey said.

Yet another reason why we choose to call Maine home.