The group will gather again next week for their sister's 88th birthday. 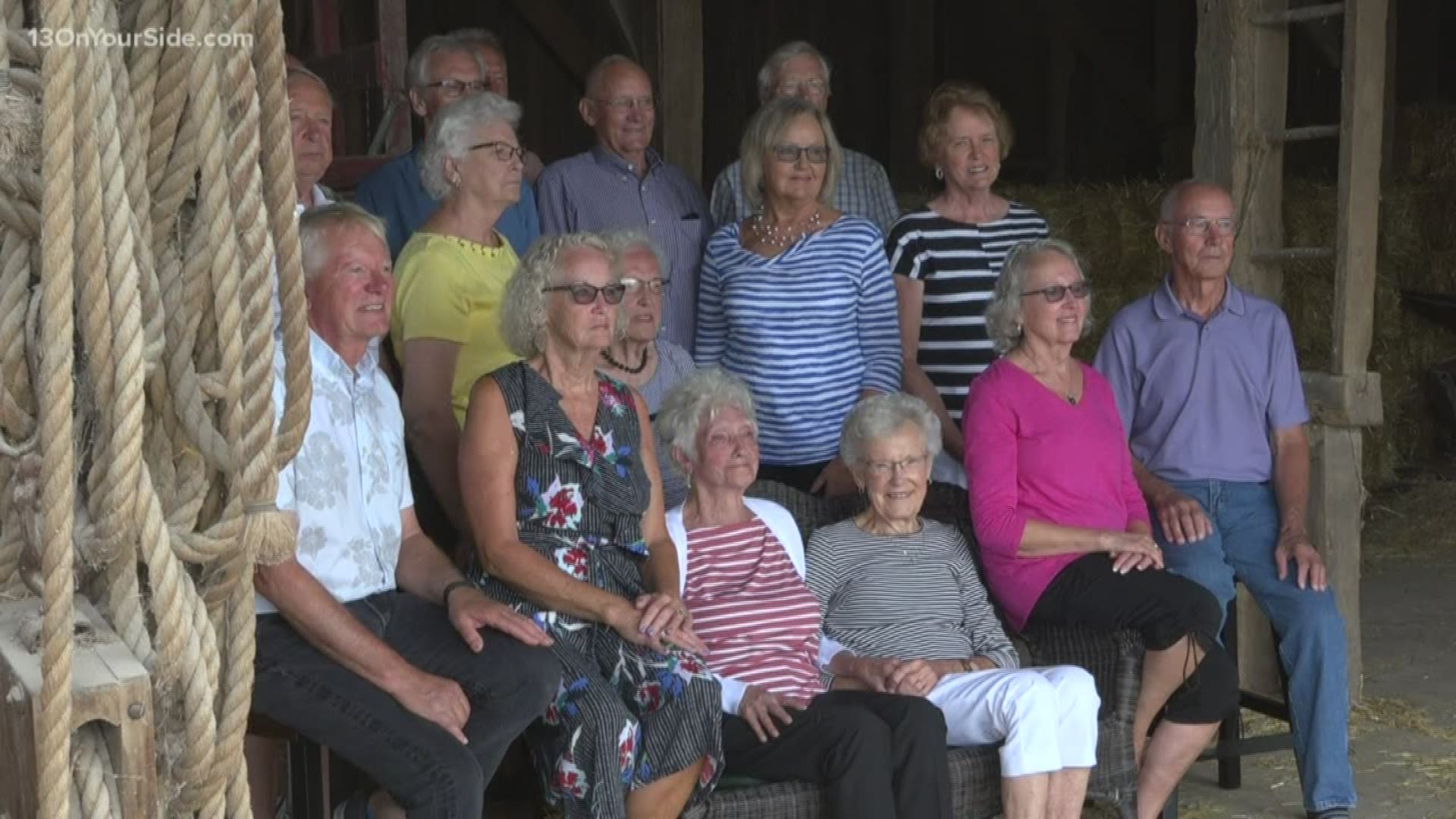 Since then, generations of Andersons have walked the property, which has expanded into a full-fledged operating farm.

The family has 16 surviving siblings with ages ranging from 64 to 89. From oldest to youngest, the lineup reads: Arlene Jean, Joyce, Tuff, Marv, Ron, Wayne, Keith, Nancy, Dawn, Gary, Susan, Sally, Kenny, Bonnie and Dean. Three of the brothers own the family property and fellow brother Ron resides on and farms the land.

Growing up, the family all helped out farming the land, but after their schooling, everyone went their separate ways, from careers in California to Wisconsin. With all but two siblings back in the West Michigan, the group has always made it a point to stay in touch, which is why on Tuesday they gathered yet again. However, this time was something special. They were gearing up for their first family photo since their mother passed about five years ago.

"The family is growing older as we all are, but we have been so blessed and so fortunate that all 16 of us are, perhaps, not as energetic and maybe not as healthy as we were at one time. But all 16 of us are still alive and well and able to get together," Keith said.

After the group photo, the family indulged in some burgers on the grill, wine and beer. They're already planning their next outing for Jean's 88th birthday celebration.