Abbey Morrow had been in the foster care system since she was a toddler and moved several dozen times before she met the empty nesters who became her family. 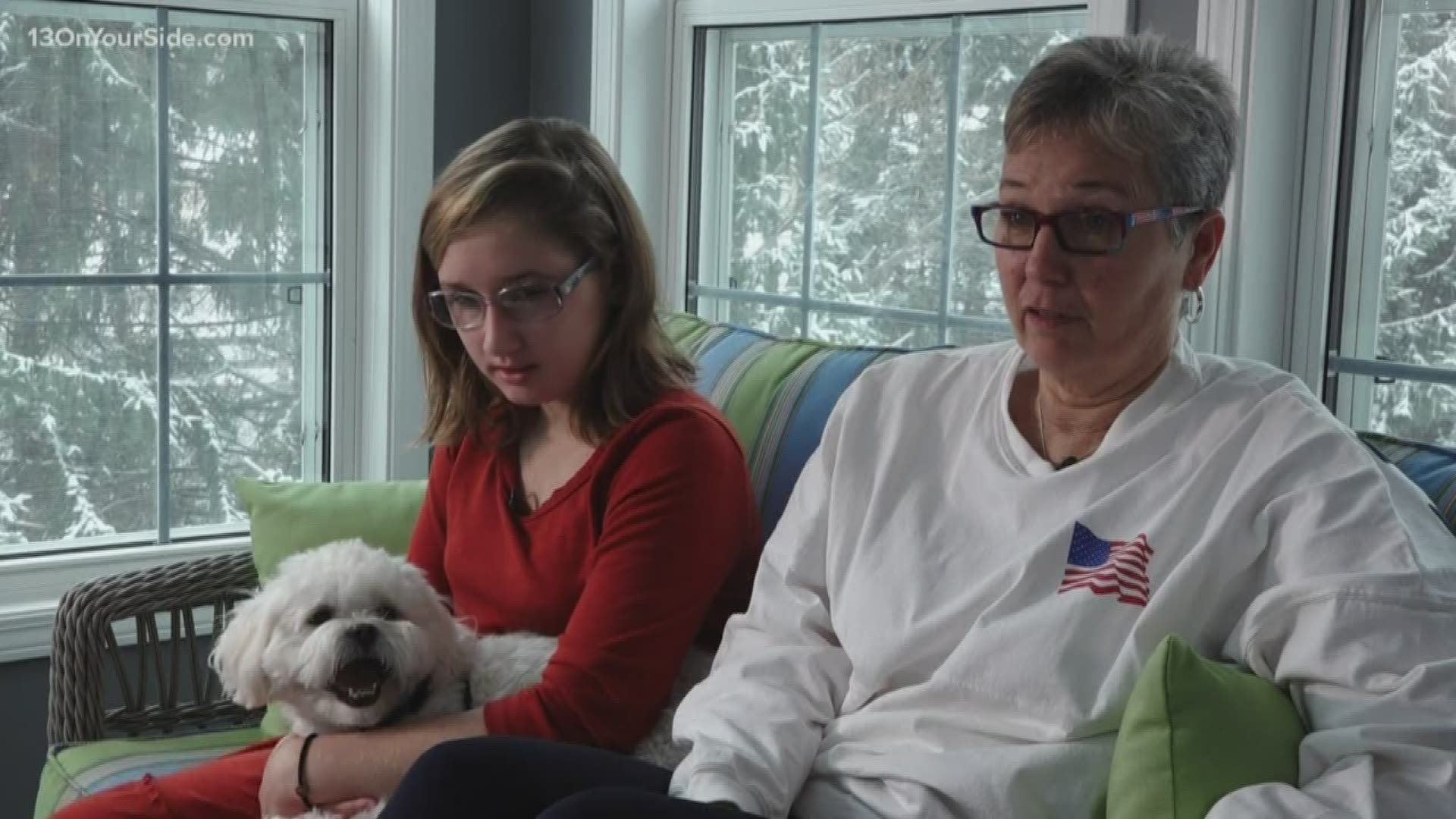 HOLLAND, Michigan — Terrie Morrow and her husband were enjoying life as empty nesters four years ago, completely unprepared for the way that a 7-year-old girl would change everything.

"We did not plan on adopting, we did not know about the need for adoption in the United States," Morrow said.

Morrow was visiting her daughter in Tennessee when she first met Abbey, who was Morrow's oldest daughter's first foster child. Abbey, who had been moved dozens of times in her years in the foster care system, was soon transferred from her foster home in Tennessee to a facility in Georgia.

"When we met Abbey...and saw her face to face, and had a relationship with her... we couldn't walk away from that," Morrow recalled.

Morrow and her husband spent the next four months trying to track down Abbey. They knew nothing about the adoption system, but they did know they wanted Abbey to be a part of their family. A woman at their church in Holland recommended they get in touch with Bethany Christian Services, a West Michigan based group that supports vulnerable children.

"When we started getting those voices that could direct us to the right places that helped a lot," Morrow said.

Morrow and her husband spent a year driving down to visit Abbey in Georgia every four to six weeks, as they worked with state agencies to facilitate her move to Michigan.

"We knew that we were pursuing her for adoption, but she didn't know that and we couldn't tell her that, so it had to be a lot harder for Abbey because she didn't know if we were coming back."

Abbey finally arrived in Michigan in August of 2014.

"They said 'you can stay' and I said, 'Oh, thank you Jesus," Abbey recalled.

Now, at 14 years old, Abbey hopes that other children will get this same outcome.

"They should be loved like I am, they should have stuff like I have," Abbey said. "I didn't used to have anything."

Morrow says the community has wrapped around Abbey in ways they never expected.

To those considering adoption, Morrow advises them to write down a list of reasons not to do it.

"And then consider the need. And consider the child. And even go meet the child," she said. "Then go back and look at your paper where you wrote down why you shouldn't and see if there is anything on there that matters as much as the life of a child. In the end, if you decide you still shouldn't and I think that's a wise thing because not everybody can...then help the people who are."

The need is urgent for children throughout the country. According to the Department of Health and Human Services, 96 percent of children 12 and older, who spend more than three years in foster care, will never end up with a forever family.

There are many ways to get involved whether it's through mentoring a foster child or opening up your home to foster children.

To find out about those opportunities in West Michigan, visit bethany.org/get-involved.