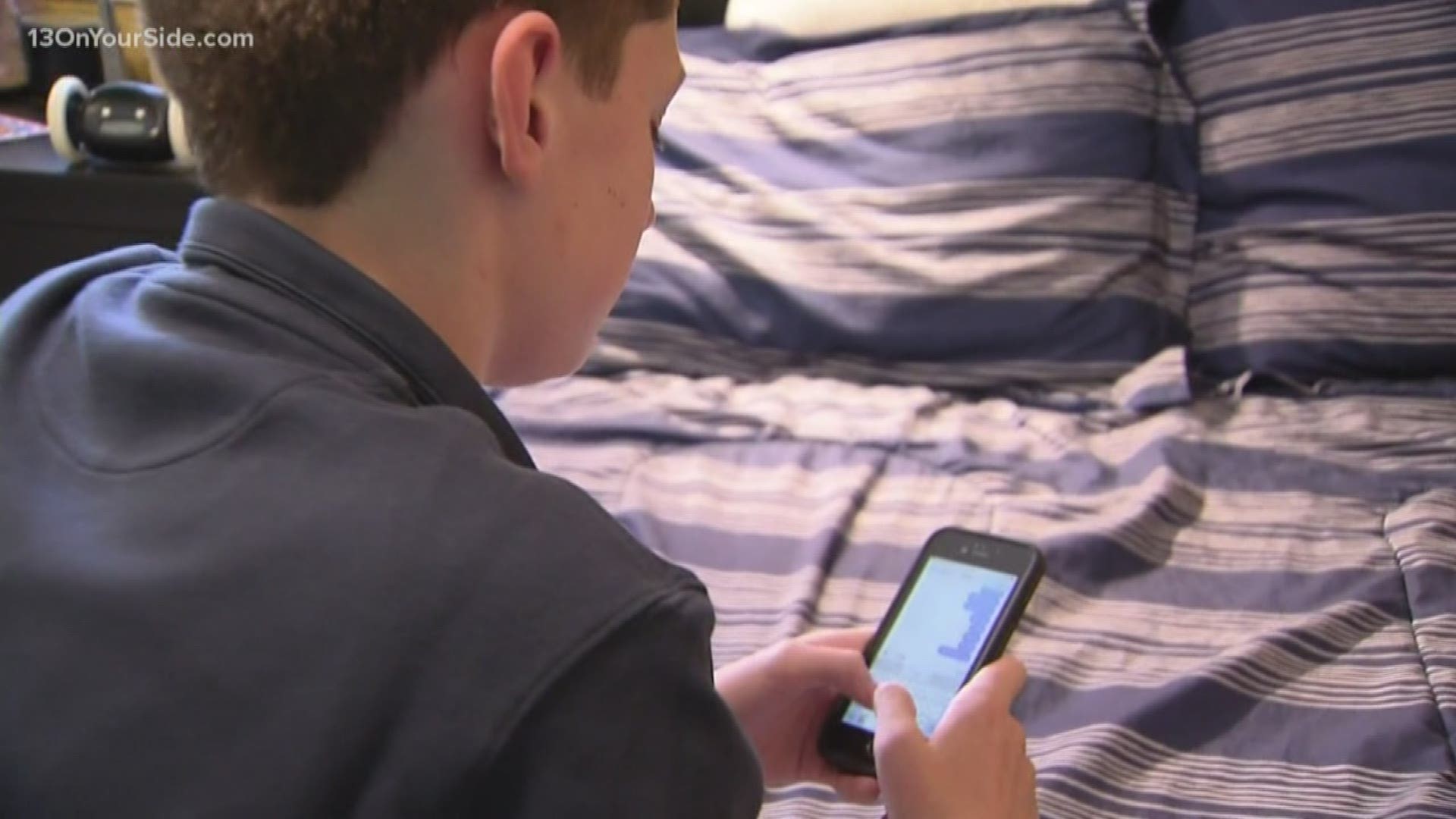 GRAND RAPIDS, Mich. — For many, it is a concern that ranks as high as drugs, sex and alcohol. In today's digital world, parents find themselves stressing over staying ahead of the curve.

"Like no other time in history, one moment can change the entire trajectory of your future," says Chris McKenna, the founder and CEO of Protect Young Eyes.

And, that thought -- keeps many parents up at night. Parenting in a digital age is an ever-changing, high-stakes job. McKenna says parents need the most help cutting through the noise and misinformation they are exposed to.

"Parents have this view that they must inoculate their children from technology. They see it as this battle against technology," he says. "But, parents need to start seeing technology as parents with kids instead of parents versus kids."

McKenna recognizes children can be exposed to serious dangers when they engage on digital platforms. But, believes most of those dangers can be mitigated by parents staying connected to what's going on in their children's lives and communicating about those things.

"Talk to your kids as often and frequently as possible about all of the awkward things that nobody talked to us about when we were growing up," he says. "Look them in the eye and ask them how they are doing."

Each year, McKenna and his team hold hundreds of presentations for curious and concerned parents. He encourages parents to stay connected to trusted resources, like Protect Young Eyes, where they can learn about the latest risks.

But, he says the core message is for parents not to be passive when it comes to their kids and technology.

"If they love playing Fortnite, play with them. Co-playing, using technology with your children, not only teaches you about what they like and what is going on inside of them but it creates trust," he says. "And, don't be condemning. Let's just accept right now that every single child is at some point going to do something with technology that you don't like. Let's accept that and not be surprised by that with disappointment and condemnation. If we accept that is going to happen, we can address those situation with curiosity, because every child that made a poor decision online did it for a reason."

While McKenna encourages parents not to be fearful of technology, he does caution them to stay vigilant.

"We definitely want parents to know about the dark places that exist online,"  he says. "You just have these brutally open and honest and authentic conversations with your children."

RELATED: Should you use GPS to track your children?

He says parents should know about and discuss the top digital dangers. Those include: things like kids receiving or sharing inappropriate material; opening the door to online predators and using secret apps, the to hide photos, videos or other files.

"If your kid isn't in high school. I believe no child should have access to the app store," says McKenna.

He tells parents to not only use parental controls but to set clear boundaries and expectations for their children, especially when it comes to social media platforms.

"Let's talk about the big four. Tik Tok, YouTube, SnapChat and Instagram. Too many young people are placed in these environments that have risks and temptations they are not ready for," he said. "When you consistently put teenagers in an app that allows you to send content that disappears and tempts you with the idea that you can get away with something, eventually you might try."

He says parents must remember that all kids will be kids.

"They have underdeveloped brains, neurologically their prefrontal cortex doesn't make awesome decisions all the time. And, then we put them in this app that was created by adults, originally for adults, and expect them to consistently make wise, good, honorable choices. That's our dumb fault for expecting that," says McKenna.

He tells parents to remind their children one Snap story -- one mistake can have life-long consequences. McKenna says having those talks at the right time will usually yield positive results for families.

RELATED: 21 apps parents should look out for on their kids' phones 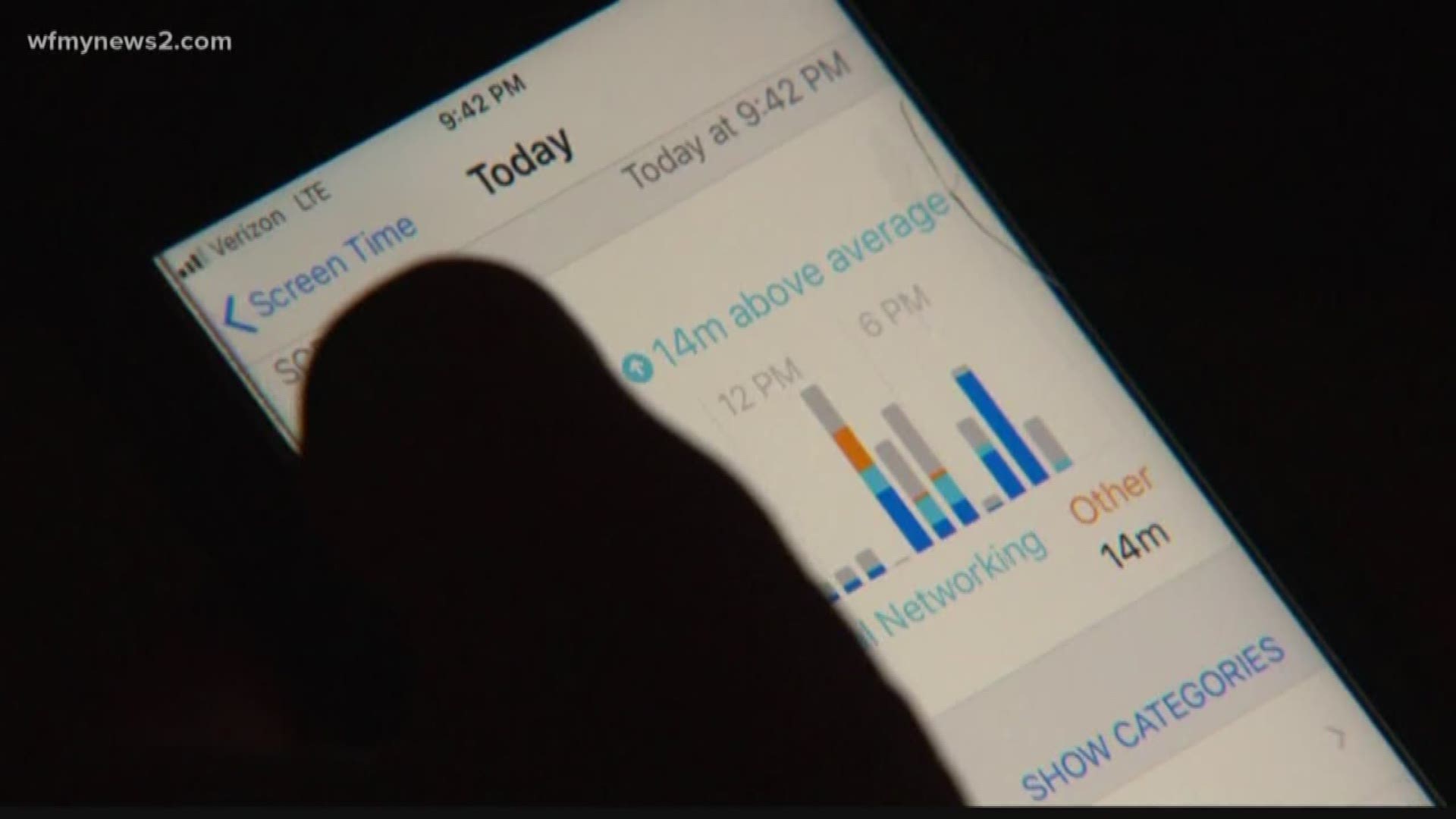