'She was throwing up': Phoenix mom says her baby's formula was tampered with

A Phoenix mom is warning others to check their baby's formula after her 9-month-old got sick with what she now believes was flour, not formula. 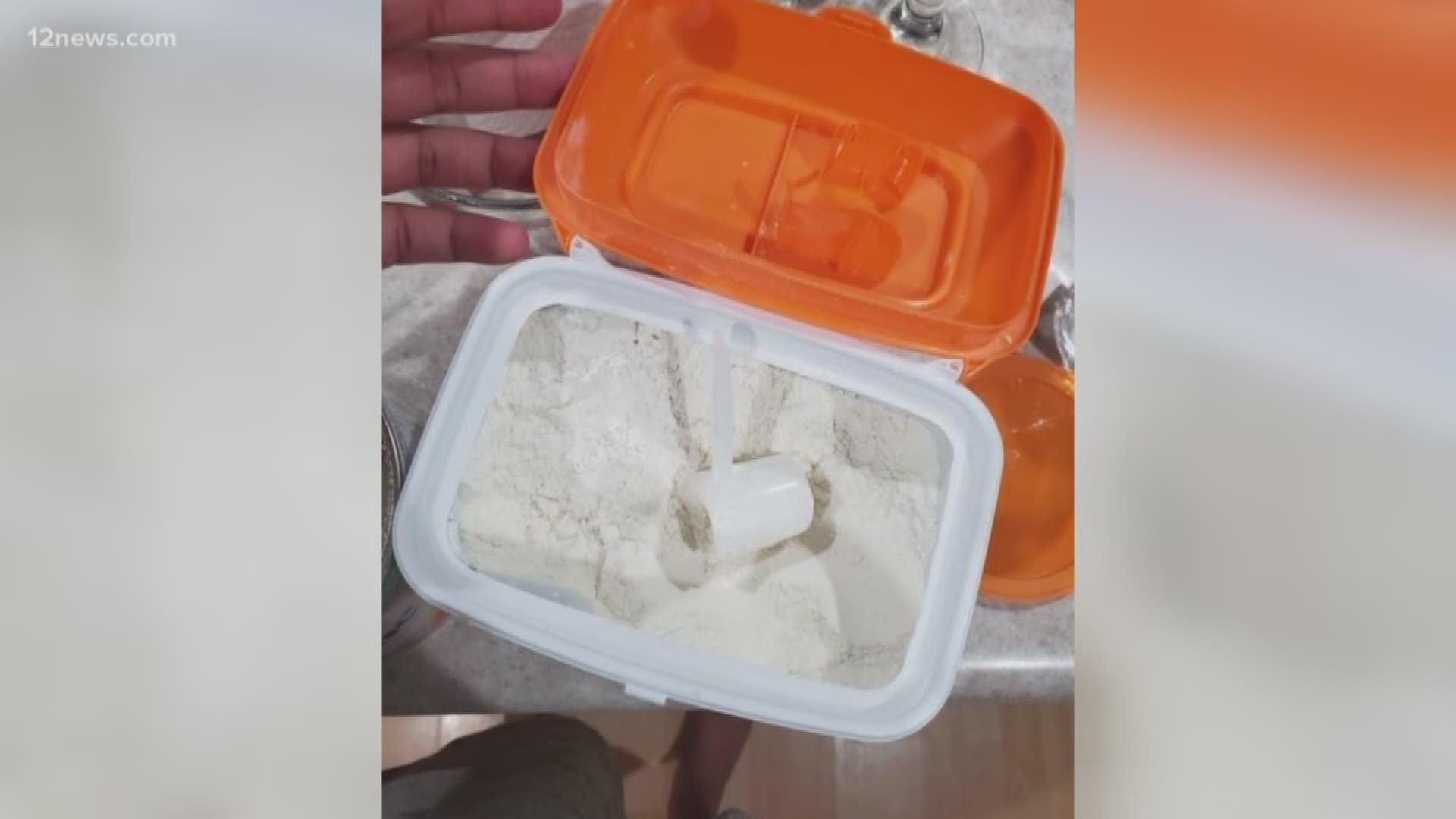 PHOENIX - A Phoenix mom is warning others to check their baby formula after she says her 9-month-old daughter got sick drinking formula she believes was tampered with.

Madeline Roque says she bought baby formula from a Valley Walmart a few days ago. She prepared a bottle for her baby on Wednesday and noticed her daughter, Adeline didn't want to drink it.

"I just thought she was going through the teething process. She gets cranky," said Roque.

She made two more bottles before she started to notice something was not right about this "milk."

"On the fourth bottle, when I was making it, I did realize something was definitely wrong. The color was different, the texture was different, so I just knew it wasn't milk."

Roque says her baby formula usually has a delicate yellow tint to it. This formula was white. The consistency was lighter as well.

She let the mixture stand for a while and noticed it separated.

"Then when I poured the bottle in the sink, and I saw how it got. That's when it just hit me. I saw how it clumped up, and in my head, I'm like my daughter's stomach is just the same, or even worse," she said.

She now believes it was flour.

As the night progressed, Adeline, started throwing up, passing gas, and having diarrhea. Roque took her to the doctor, and she is now alright, but the incident gave her quite a scare.

Walmart, where Roque bought the formula, says store policy is to not put back any returned food products on shelves, regardless of the condition. A spokesperson for Walmart says they are now investigating the incident.

These often involve people buying formula, which is expensive, swapping out for flour, then returning it for cash.

If you think this may have happened to you, you can file a complaint with the Attorney General's office here. Just select the complaints tab.