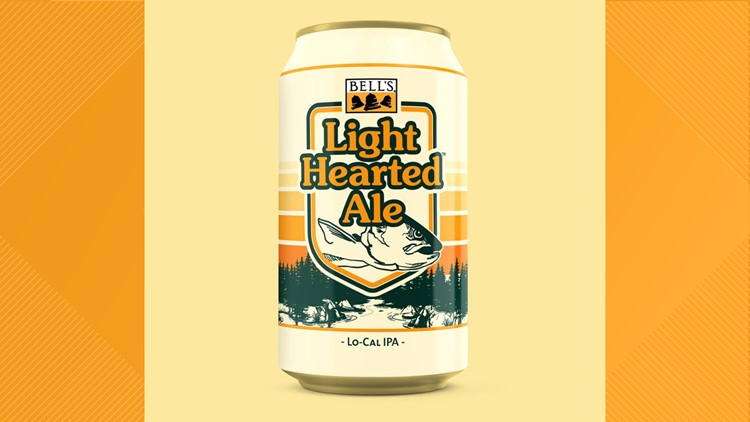 Bell's Brewery said on Facebook Friday that it is debuting a new beer called Light Hearted Ale and it should be available in 2020. The new beer is inspired by the well-known Two Hearted Ale from Bell's.

"All malt, balanced, flavorful, hoppy and only 3.7% Alcohol by volume," is how Bell's describes the beer online.

The announcement comes during Bell’s’ week-long anniversary celebration of its Two-Hearted Ale.

Two Hearted Ale was recently named the best beer in America for the third straight year by the American Homebrewers Association.

Bell’s released Light-Hearted Ale in samples as a General Store exclusive from its Eccentric Café in Kalamazoo last April according to the Detroit Free Press. In that release, those sample bottles were listed at 4.5% ABV. and had 110 calories.