A ghost kitchen is a restaurant without a dining room, operating entirely with online orders. 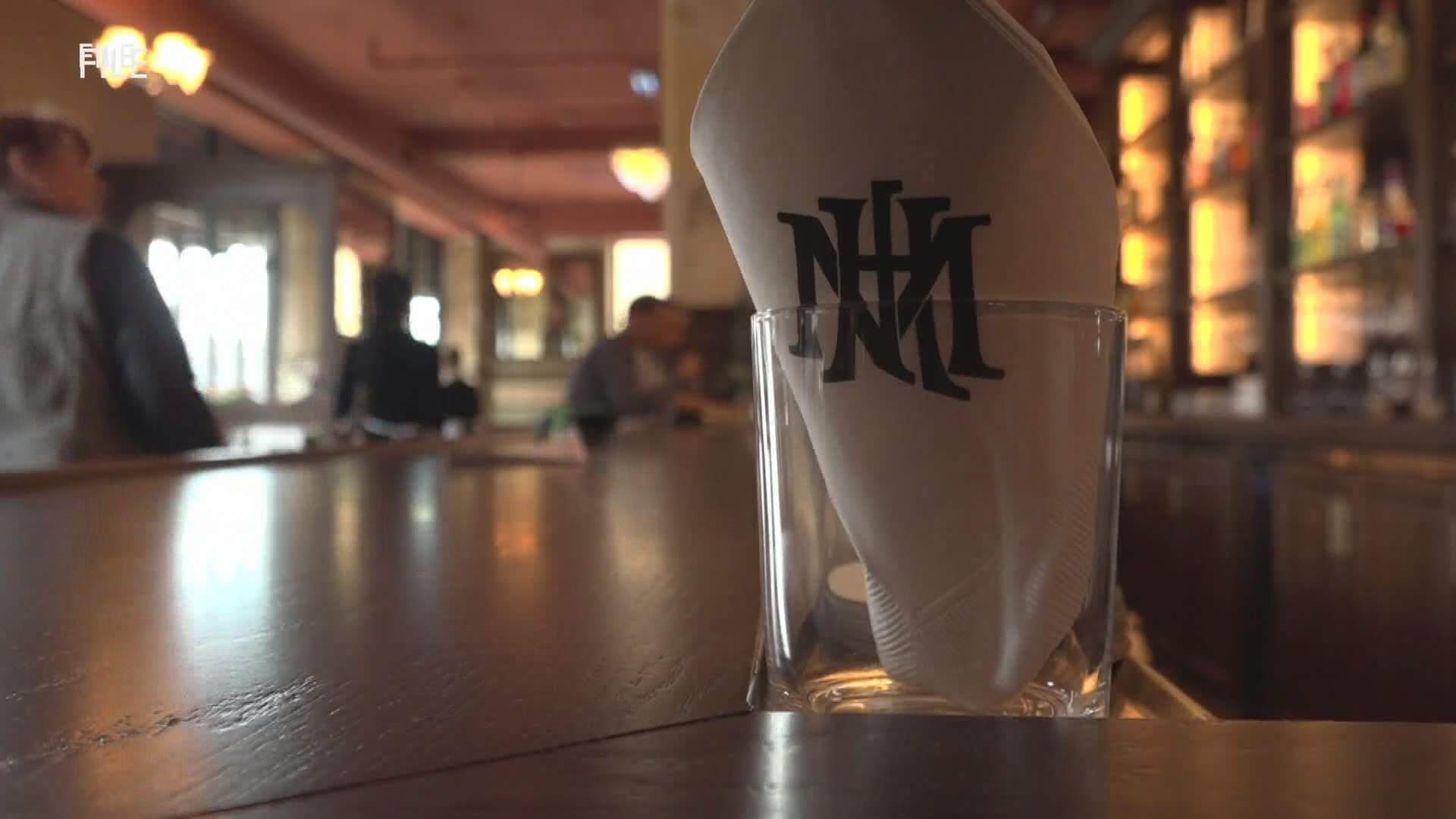 GRAND RAPIDS, Mich. — Restaurants are facing a tough time, as dining rooms across much of the state remain closed and the pandemic affects their profits.

Now, some locally-owned restaurants are getting creative to bring in revenue. Some are creating 'ghost restaurants' or 'ghost kitchens.'

A ghost restaurant is an entirely online business that has no physical dining space. It often uses the kitchen of another restaurant, and ordering for pickup or delivery is done on a website or third-party delivery app, like Door Dash or Uber Eats.

"This is an interesting trend," said Justin Winslow, President and CEO of the Michigan Restaurant and Lodging Association. "I think is going to be big. Grand Rapids seems to be on the cutting edge of taking advantage of this technology."

For many restaurants, ghost kitchens are a way to create new business when their main restaurant is pumping out far less orders than previous times.

"I think the ability to be profitable in an industry, that is frankly historically already been a thin profit margin industry, is going to be really hard in the coming months," Winslow said. "So, this is the kind of creativity you’re going to be seeing a lot of from restaurateurs. You’re ahead of the game."

A handful of ghost kitchens have popped up across Grand Rapids. 9th Street Steak opened a few weeks ago, and operates in the kitchen of New Hotel Mertens. So far, the pop-up type of restaurant has been a hit.

"This crisis happened and all of a sudden we had excess capacity in our kitchens and acceleration of need for takeout and delivery," said Anthony Tangorra, owner of Merten's Hospitality. "So, we just took those concepts we’ve been working on and accelerated them, while trying to hold the fort down in a business that was sort of crumbling around us."

9th Street Steak specializes in handmade cheesesteaks. Everything from the bread to the cheese is made from scratch. The menu is small, which allows the chefs to specialize in one thing and make it well. This is a quality of many ghost kitchens: small menus.

"I think cheesesteaks is a better fit when we’re in quarantine," said Tangorra. "They are looking for comfort food, and cheesesteaks are exactly that."

Tangorra is also opening a second ghost restaurant out of his kitchen this week. It's called Pronto Pasta, specializing in high quality Italian options suitable for taking home.

"We didn’t grow out of strength," said Tangorra. "We grew out of the same desperation that not only the restaurant community, but the entire community, is feeling right now, and felt over the past couple months."

Another ghost kitchen that is creating some buzz around town is Annika's Gourmet Grilled Cheese Laboratory. It operates out of the kitchen at Max's South Seas Hideaway.

"This is a time when restaurants are trying anything and everything to survive," said owner Mark Sellers, "and we’re no different."

Sellers said he has seen this new concept of ghost kitchens in larger cities, and realized this was the right time to try out the trend.

"This is an opportune time to start one," said Sellers, "because a lot of restaurants are underutilized right now, and there’s a lot of labor looking for work. So it’s easy right now to start one."

RELATED: Some restaurants may be adding a COVID surcharge to your bill

Sellers said when dining rooms were closed with the executive stay-at-home order, their sales took a dive. Opening Annika's has helped ease some of the financial stress, but it's still a tough time.

"Well, now instead of our sales at Max’s being down 85 percent," said Sellers, "now they’re only down 75 percent."

Linear Restaurant is also operating Ghost Kitchen To Go out of its restaurant.

The future of ghost kitchens in Grand Rapids remains unclear. For Tangorra, he said 9th Street Steak and Pronto Pasta have been in the works for some time. When the restaurant in which they are using the kitchen opens for dining, Tangorra plans to find a new space for these growing businesses.

Tangorra said in the meantime, they are preparing Hotel Mertens for a new, socially distant opening.

Some restaurant owners fear the pandemic could change the landscape of Grand Rapids' restaurant scene forever.

"This is a game changer," said Sellers, "and it’s not just a temporary curve ball. We have to change our business model, and I think restaurants in general need to be cognizant that the game has changed. And if they don’t change the way they play the game, they won’t be playing the game anymore."

Sellers said he's concerned that game could result in a loss of some locally-owned restaurants in Grand Rapids and thriving chain restaurants. However, he believes his restaurant is positioned to withstand the pandemic. He is not certain what the dining scene will be like once restaurants are able to open their doors, though.

"I’m planning on 50-60 percent decline in business," said Sellers. "So, I think delivery and takeout will continue to be a really big part of the business model for restaurants at least next six to 12 months and maybe forever." 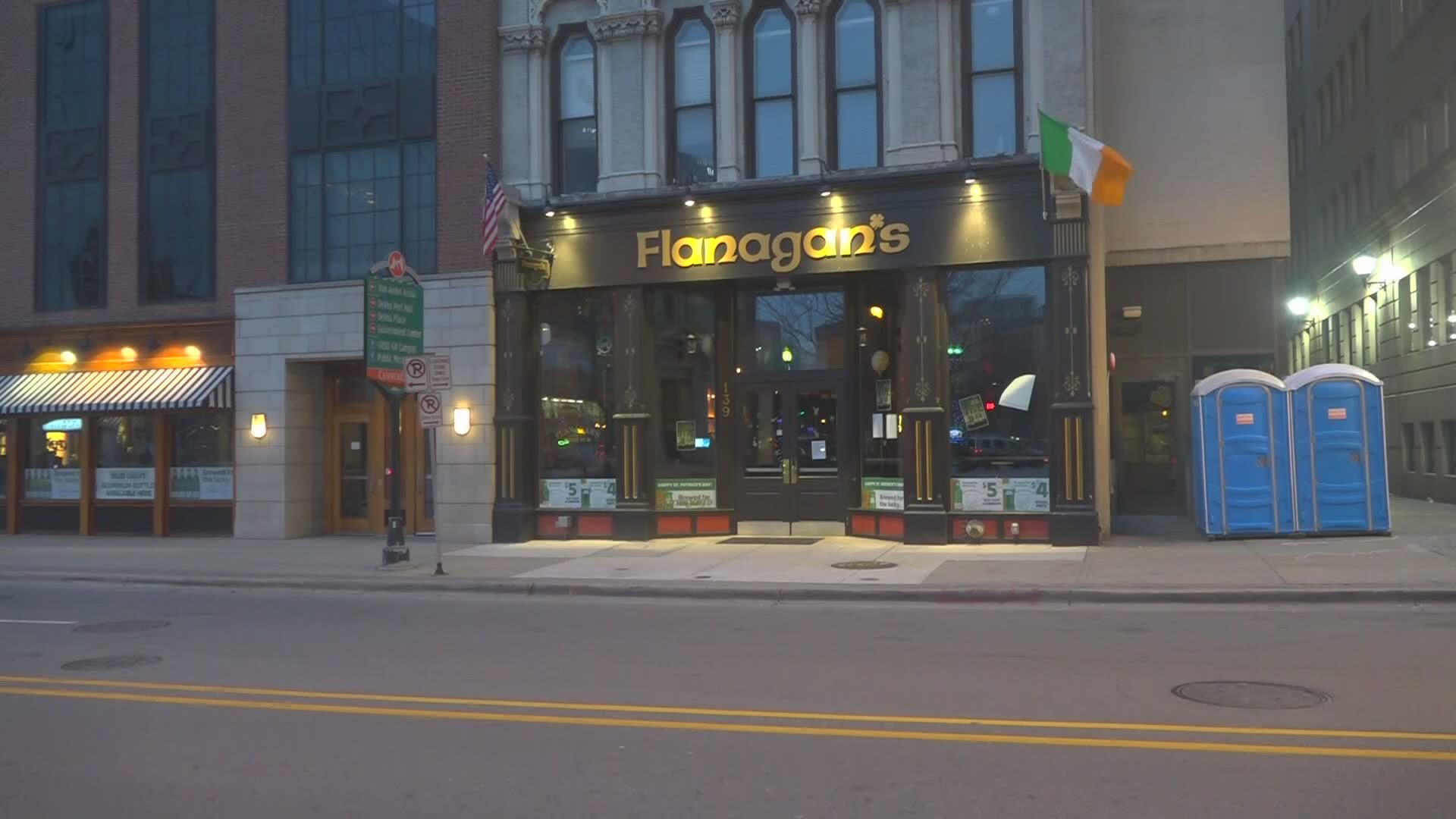