The franchise is celebrating with discounted meals. 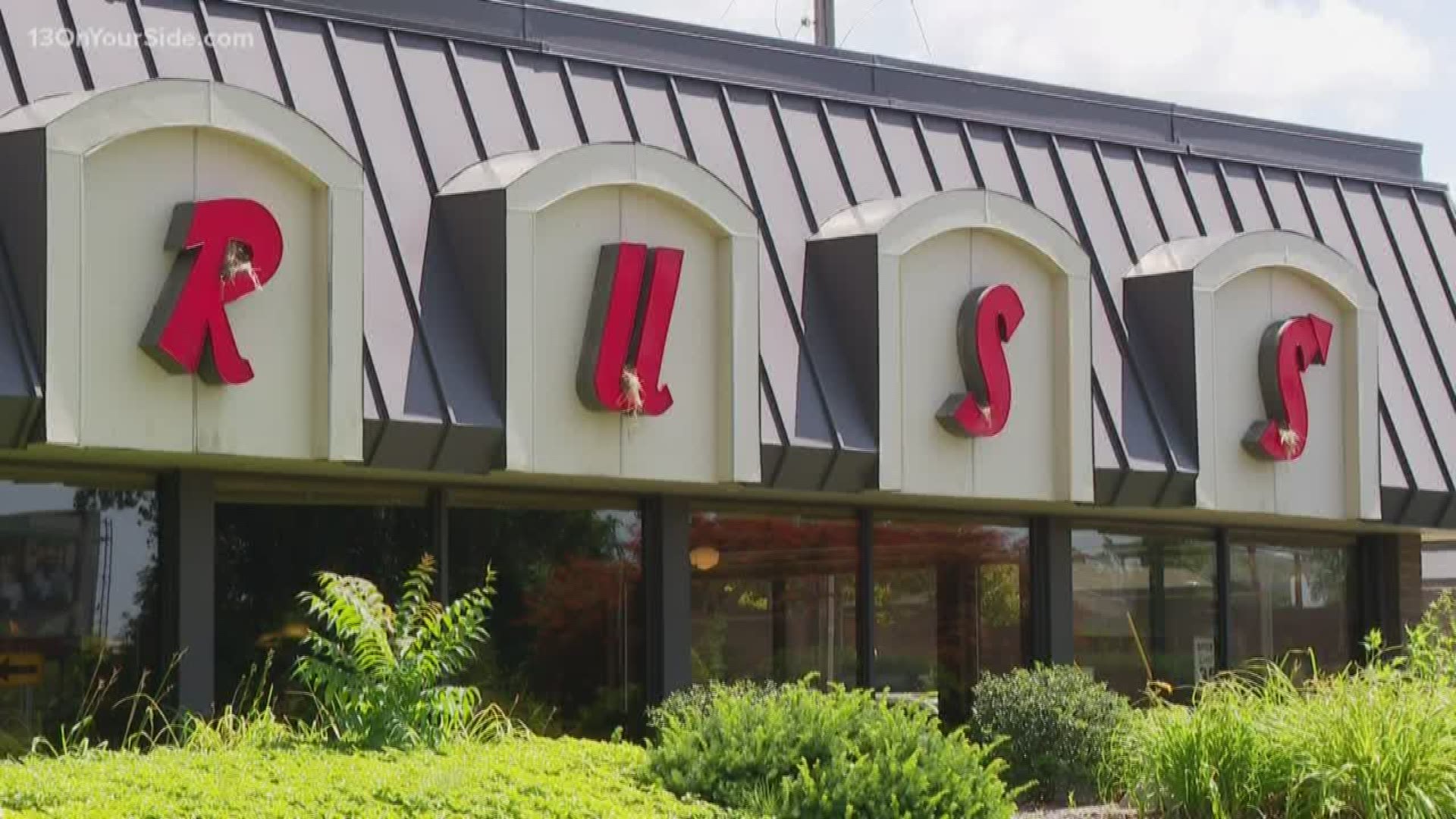 HOLLAND, Michigan — The local food chain, Russ' Restaurants, has a lot to celebrate this month, as the company officially enters its 85th year in the industry.

The first Russ' Restaurant was started in 1934 when founder Russ Bouws was just 20 years old. Looking for a creative way to combat the Great Depression, he used a $147 loan from his father to buy what was once a Doc's BBQ on Chicago Drive in Holland.

"He was brand new to it, and he admitted that he was fresh and new and had to learn it on the fly," Operations Manager, Ryan DeVries said.

However, the establishment didn't stay at that location long. Due to a property dispute with his landlord, Russ picked up the building, rolled it down the street and set it on the property that the current Holland restaurant sits on today.

Drive-thrus and phone-ordering carried Russ' Restaurant into the future, and the franchise expanded under Russ' two sons in 1970. There are now 12 locations.

"Three here in Holland, two in Muskegon, one in Grand Haven and six in Kent County," DeVries said.

While keeping important staples, the menu has evolved and now features gluten-free, vegetarian and low-carb options. DeVries says the ability to move forward, while keeping history alive, is one of the big reasons the company has seen success.

"Just a simple recipe of great food, at a great price and great service," he explained.

He also gives credit to employees, who are often the masterminds behind new kitchen creations.

"A lot of our best pies, desserts salad dressings have just been ideas we’ve picked up from some of our best employees," DeVries said.

While only time will tell what the future holds, he says customers will always be treated like family and in turn, Russ' Restaurants, will continue to see success.

"The restaurant business is always a difficult business. It was when Russ started at 1934 and it will always continue to be, but based on our customer loyalty and the fact that West Michigan really loves what we have to offer it just continues to go very well," DeVries explained.