Abigail's first week as a police officer is a resounding success

A two-days-old pile of mail has its own room at the Freeport Police Department. Gifts range from police challenge coins, prayers to a doll of Abigail’s hero, Wonder Woman sent by members of the New York City Police Department. 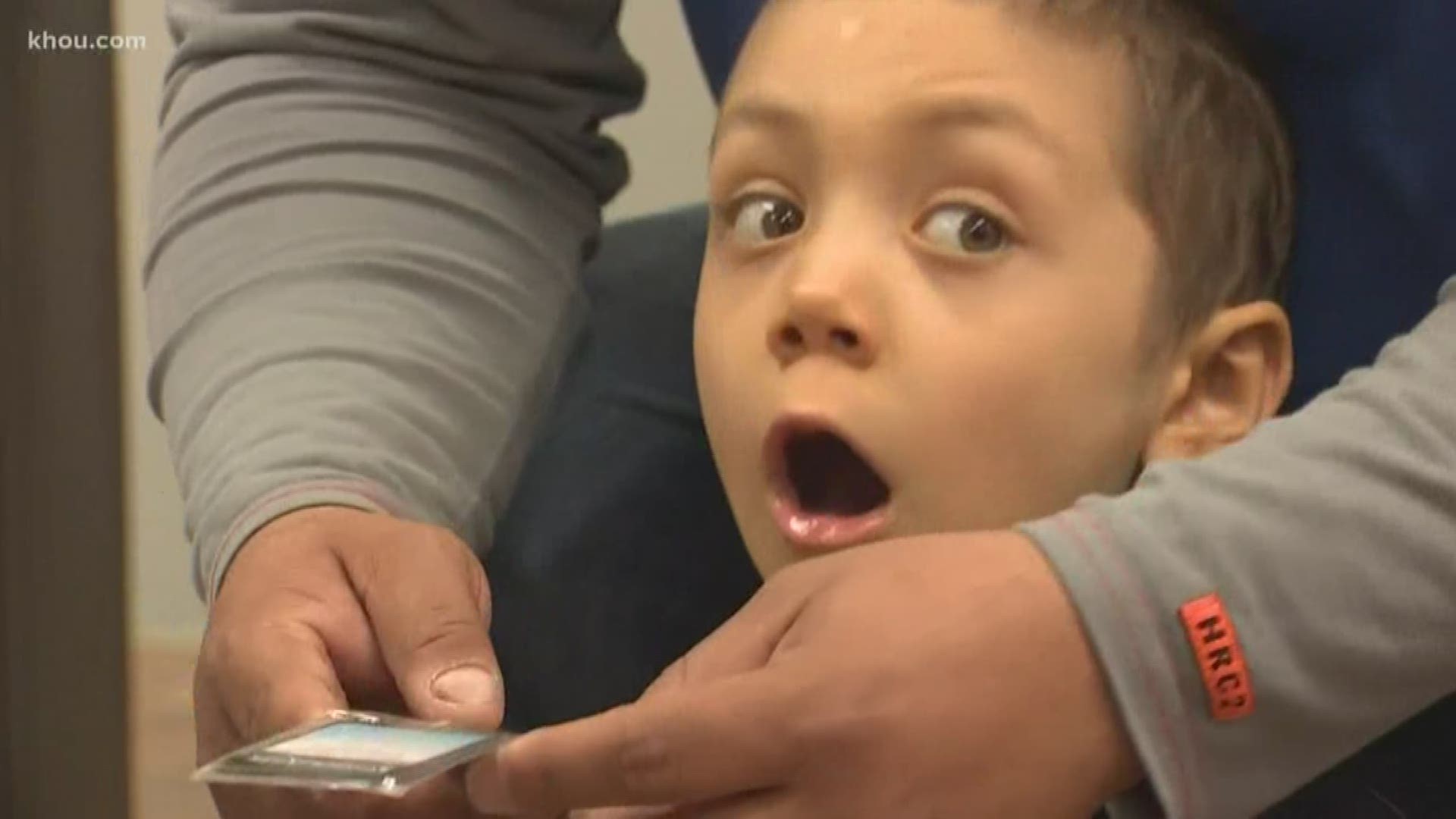 FREEPORT, Texas — The newest and youngest police officer is having an impact all over the world.

Last week, we shared the story of Abigail Arias, 6, diagnosed with terminal cancer sworn in as an honorary officer to realize her dream.

The support that came her way after amazed Abigail’s family and co-workers.

Every day since she became Freeport Officer No. 758, Abigail gets more mail than her inbox can handle.

“I’m going to talk a lot about that stuff,” she said. “I was about to blow up (with excitement) same as my brother (Ethan).”

A two-days-old pile of mail has its own room at the police department. Gifts range from police challenge coins, prayers to a doll of Abigail’s hero, Wonder Woman sent by members of the New York City Police Department.

Abigail appeared on every major television network last week.  A video of her story went viral too.  It has over 30 million views.  Abigail even got to ride in the Texas Department of Public Safety helicopter Wednesday.

Online, a GoFundMe page raised more than $9,000 for Abigail’s family.  A group of business owners in southern Brazoria County donated close to two-thousand dollars too.

All of the support is for the six-year-old who has cancer in both lungs. Doctors told her parents they know no cure.  Still, Abigail is living her dream of being a police officer with a smile.  It’s touched many.

“Thousands and thousands of fan mail, prayers, gifts that are accompanied with letters of prayers of how much their story has inspired them personally.”

For Abigail, the best part is the fun she’s having.

Next week, Abigail will be in Austin where she will become an honorary Texas Ranger.