Little Adelaide asked her parents if they could eat at her favorite restaurant. But because of her illness, she's unable to go out into public 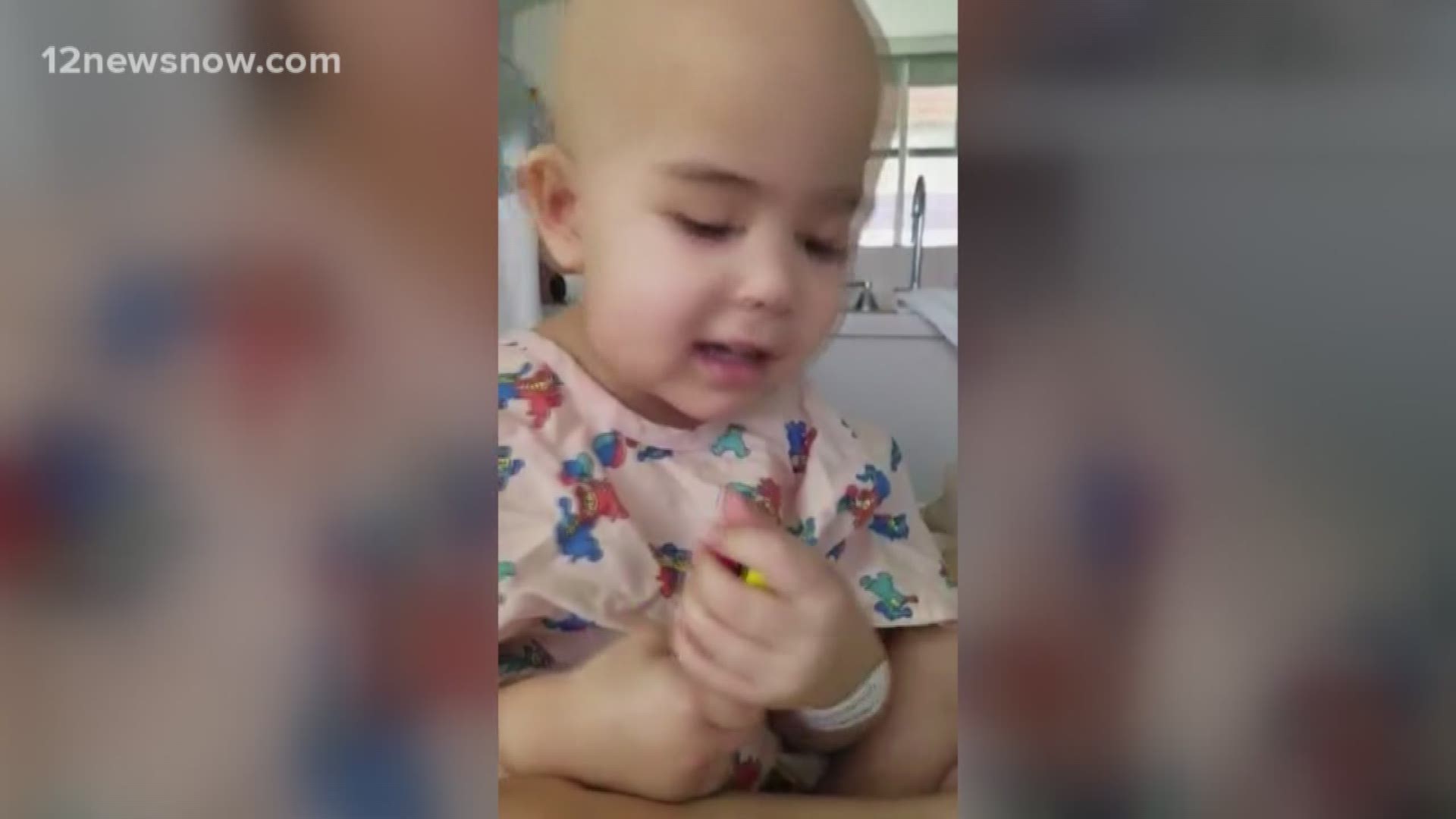 BEAUMONT, Texas — Last month, the Nguyen family passed through an intersection near J. Wilson's in Beaumont. The restaurant is one of the family's favorites.

"She recognized the sign and from the backseat she said, 'Daddy, can we go eat there?'", Nguyen said.

Sadly, her mother Vanlam had to tell her no.

"I can't even talk about it without tearing up," Nguyen said. "But it hurt."

"I haven't seen this in a very long time. To any parent who hears a doctor say that, you're heart just stops," Nguyen said.

The significance of her disease prevents her from being able to go out in public or be with friends.

"The isolation is very hard, not just for the kid themselves but a lot of your family functions you do come to a halt," Nguyen said.

Adelaide spent New Year's in the hospital and Halloween at home.

The hospital or the Nguyen home is all Adelaide has known for the past seven months.

It's no surprise Adelaide loves J Wilson's, it's become a family tradition.

Nguyen says she's been going for years and took her daughter to Sunday brunch constantly before she got sick.

When a friend of Nguyen's heard about Adelaide's request, she reached out to the restaurant and they knew just what to do.

It's the first time J. Wilson's has ever opened up early for a customer.

"It just validated, this is what we're here for. We're here to take care of our customers," Breaux said.

The restaurant made her favorite menu item—biscuits.

"We were so excited, we forgot how close we lived. So, we were 20 minutes early sitting in the parking lot," Nguyen said.

They even decorated everything in her favorite color.

"It was decked out in pink ribbon and the tablecloth. She had the pink hat," Nguyen said.

Adelaide's mother says it's been awhile since she's seen her daughter so happy.

"Just the fact that we got to be a part of this means a lot to us. Always makes me happy to see the little ones enjoy our restaurant," Breaux said.

Even though Adelaide remains isolated, Nguyen said this memory will help her power through her treatment.

"The thing about kids is when they smile, it's genuine. I'm very thankful and I love this place," Nguyen said.

Following the brunch, Nguyen says Adelaide asked if she could go back the next day.

Although Adelaide remains isolated with her treatment now, there is good news around the corner.

In two months, she will enter what's called a maintenance period, meaning she can begin to go out in public a lot more.

More importantly, if all goes well, doctors expect her to be cured of her illness in September of 2021.

Have you seen them? | 'Most Wanted' by Hardin County Sheriff's Office