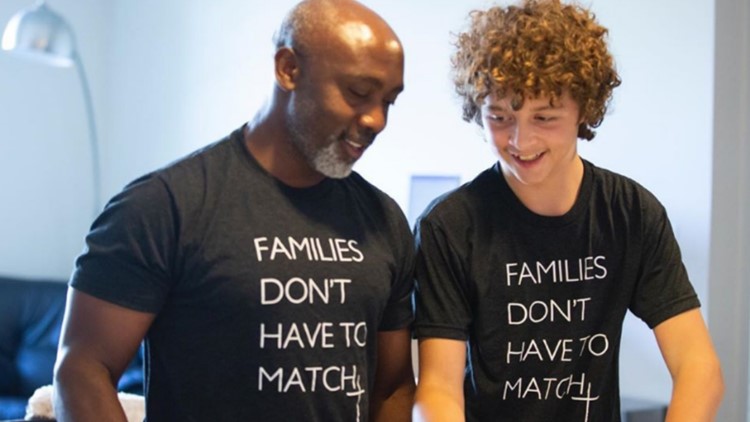 CHARLOTTE, N.C. — Tony’s trip through childhood has not been an easy one.

He knows nothing about his birth parents, and he became a foster kid at the age of two. At 4 years old, Tony was adopted by a couple in Oklahoma – but after he turned 11, his adoptive parents dropped him off at a hospital and never came back.

That’s where Peter Mutabazi in Charlotte, North Carolina, comes in.

According to FOX 35, he’s been fostering children for three years, and when he received a call about Tony, he decided to take him in.

It was just supposed to be for a weekend, but when Mutabazi learned Tony's story, he knew what he had to do.

"By that time, I was crying. I thought, 'Who would do that?'" Mutabazi said to GMA.

"Once I knew the parents' rights were signed off and he had nowhere to go, I [knew] I had to take him," he said.

Two years later, they made it official – and permanent. Mutabazi adopted Tony, and they both couldn’t be happier.

“I was chosen, I was wanted, I was cherished, I grew in his heart, I was the missing piece and I’m loved today,” Tony wrote on Instagram.

"From day one, he's always called me 'dad.' He truly meant it and he looks up to me. He's proud to show me at school and say, 'Hey, he's my dad.' That's something that I love about him," Mutabazi said.