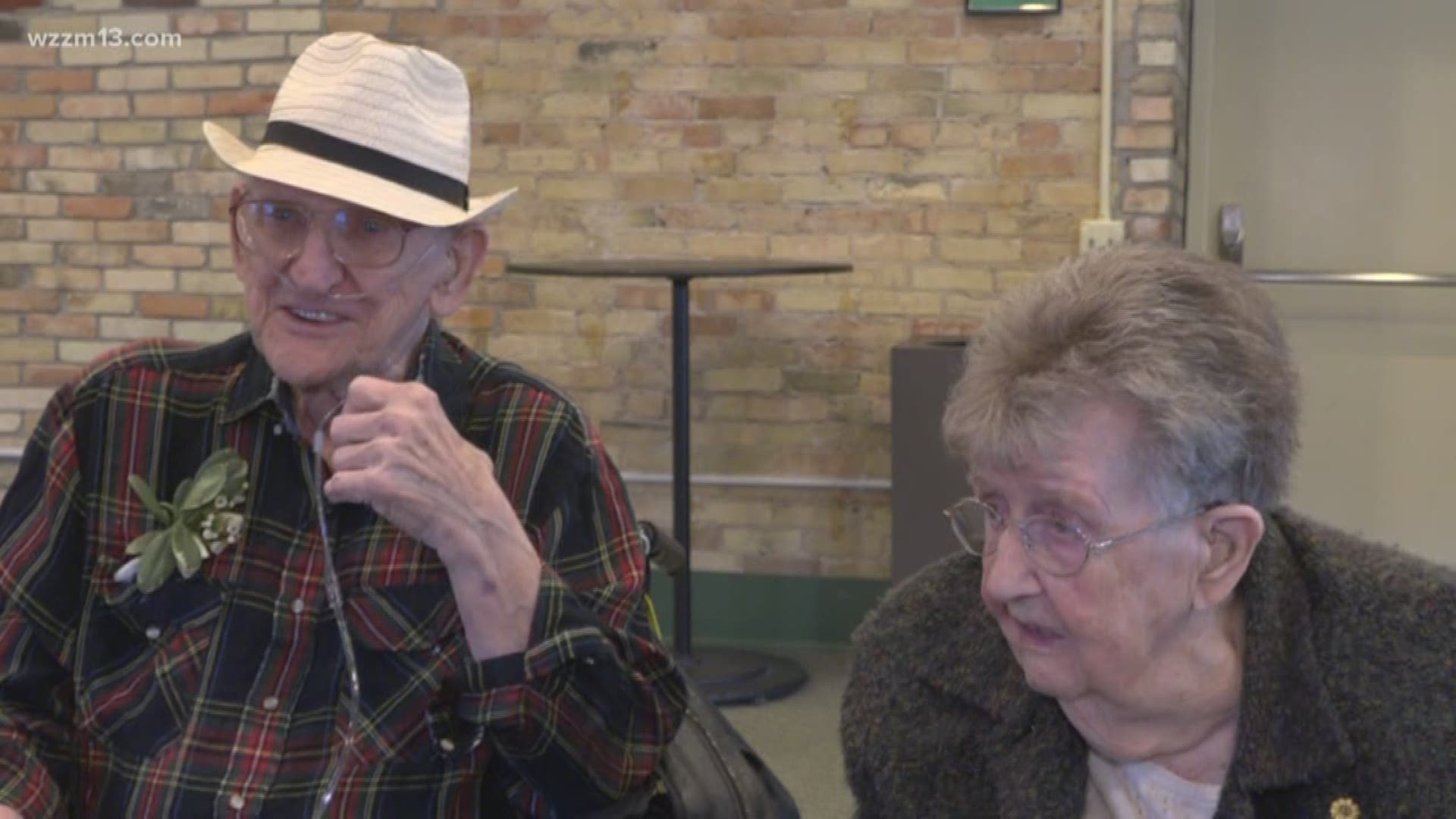 GRAND RAPIDS, Mich. — The doors shut, and lights went down as audience members settled into their seats at the Grand Rapids Civic Theatre on Sunday afternoon. “Mamma Mia!” actors took the stage, to immerse the crowd in the romantic, musical drama, but the real show was happening in the audience.

Bernie Doublestein and his wife Mary Ann had a long journey to the theater, over 64 years in fact. The couple met in high school through a mutual friend, and the two say sparks flew at the prom.

The couple eventually got married and had three children: Terry, Dale and Laurie.

“He’s always been there for me,” Mary Ann said.

Bernie, now 84, is a patient at Emmanuel Hospice. While in spirit he is vibrant and eager to try new things, breathing difficulties keep him from doing everything he wishes alongside Mary Ann who also has dementia. Brookcrest Rehab & Life Center helped the couple enjoy one more date together just in time for their 64th wedding anniversary. With the help from Brookcrest’s Silver Bucket List and recreational therapist Christie Vander Meer, the Doublesteins were able to safely enjoy a night out on the town, including dinner and a show.

“The Silver Bucket List is kind of a bucket list that allows them to fulfill another list, and Bernie wanted one last date with Mary Ann,” Vander Meer said.

While Bernie said he was most excited for the play, Vander Meer said Mary Ann was giddy about a different part of the date.

“Mary really wanted to go to Logan’s where she can throw the peanuts on the floor.”

In addition to seeing the play, Bernie and Mary Ann had a meet-and-greet with the actors before the show. Logan’s Roadhouse also sponsored their dinner and corsages were donated by Maggie’s Flowers. Their children also arranged for the two to get haircuts and picked out date night outfits. However, Bernie wasn’t impressed by his children’s style skills.

“The things they gave me I didn’t like. I pushed them out, and I got my own,” said Bernie laughing.

Nevertheless, he said they enjoyed the night.

"I'm really pleased with it, and I think Mary Ann feels the same way."

“When it's done we try and see which resident might benefit from it again."