Custodians retire all the time, but Mr. John is different. 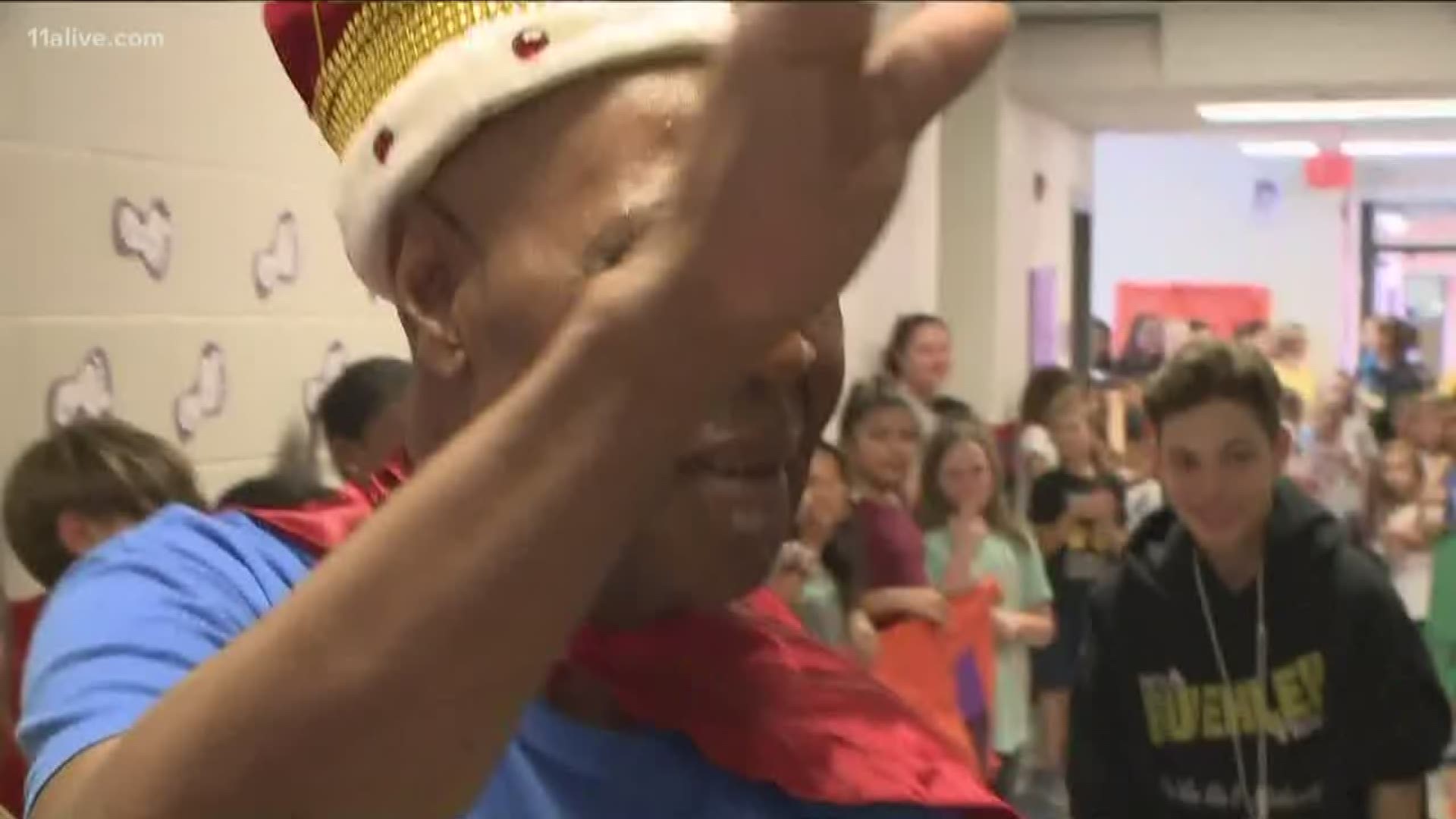 John Lockett had a sendoff fit for a king.

He's worked for the Carroll County School System as a custodian for more than a decade, but that was only after a long career in construction. He's now going into retirement.

Custodians retire all the time, but this one is different.

"He's at work every day no matter how bad he feels with a smile on his face," said Sand Hill Elementary Principal Carla Meigs.

To the children there, he's more than a janitor. He's a positive role model who has a warm heart.

"Almost the grandfather at school," said Meigs. "The kids like to give them hugs."

The students call the 83-year-old "Mr. John." He's worked for two schools during his 12 years with the district. About six of them were at Ithica Elementary and the rest of his time was spent at Sand Hill.

"These kids mean the world to me," Mr. John said. "I come here and try to clean their school and I try to do it right because I know germs and disease is out there."

The students and teachers at Sand Hill showed Mr. John how much he means to them on Friday.

"I was surprised to death," he said with a smile.

He was celebrated with "Mr. John Day". They draped him in a cape and gave him a crown. He had no clue what was about to happen.

"Me and my friends were like, 'He's the king'," said Sand Hill third grader Eli Mays.

They handed him a basket and he walked down the hallway collecting cards from all the students as they chanted his name. His wife of 25 years was there. She was also in on the secret.

Meigs said the beloved custodian has been having health issues and she tried to get him to retire in December.

"He said he wanted to try to wait and go out with the kids at the end of the school year," Meigs added.

And he did just that.

"The school is definitely a family to me," Mr. John said. "I love everyone of those teachers."

Since he is retiring, he will now get the chance to spend more time with his grandchildren. The teachers and the students said they just wanted to make sure Mr. John knows how much he really means to all of them.