The album was mistakenly donated to Outreach Thrift Shop. One woman bought the album and took to Facebook to find the owner. 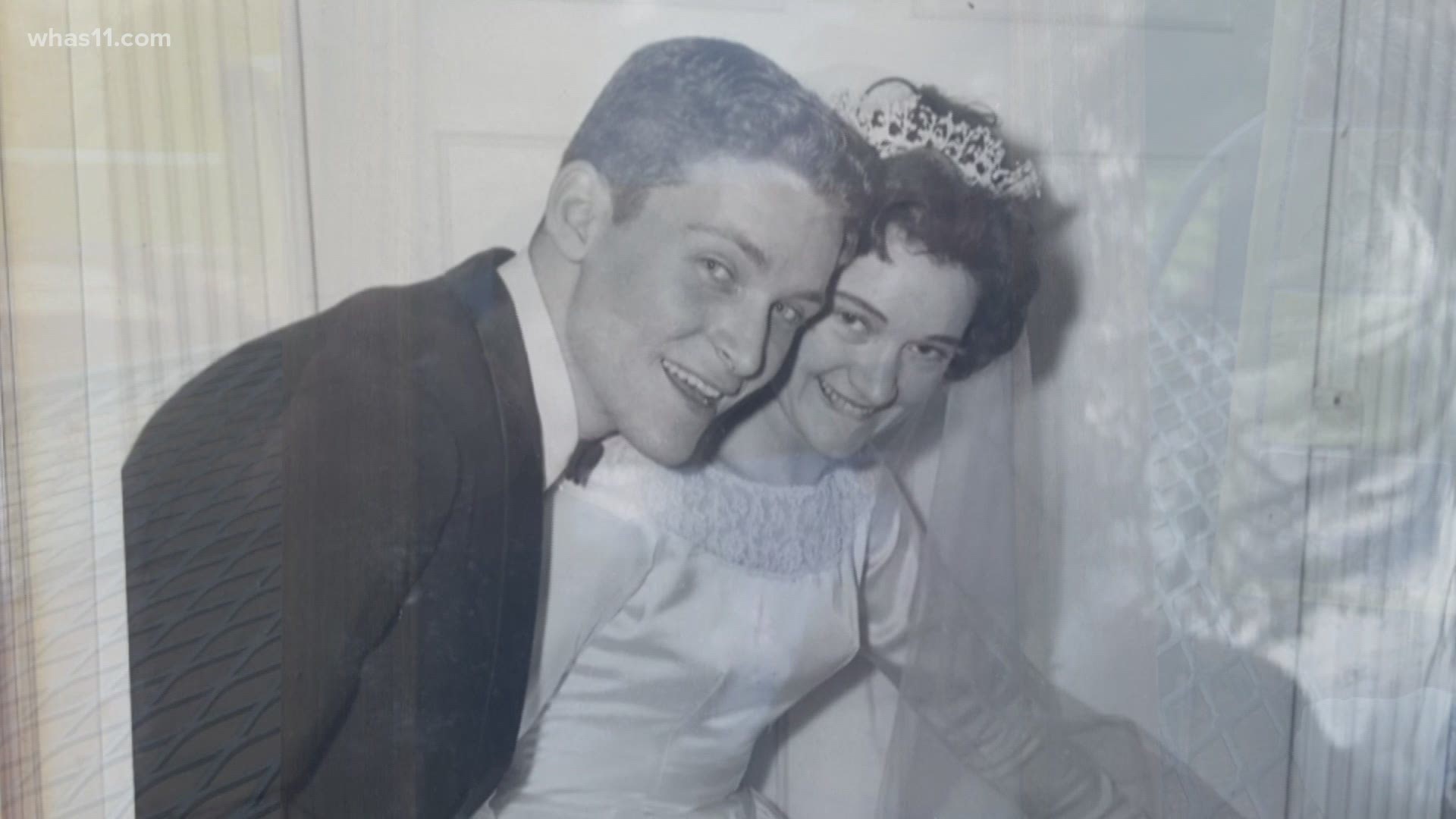 SHEPHERDSVILLE, Ky. — Social media can be a powerful tool to help us connect with family, friends, and sometimes even strangers.

A simple Facebook post in a Shepherdsville group helped reunite a woman with a special family heirloom.

Missi Lotze was browsing at Outreach Thrift Shop in Shepherdsville.

She found a wedding album from the 1960s with beautiful black and white photos inside.

“I thought, this was not intended to be donated,” Lotze said. “I can’t imagine anyone would try to get rid of this.”

Lotze bought the album, hoping to find its owner. She documents her own family genealogy and thought someone would want the album back.

“They sold it to me for 10 cents,” Lotze said. “So I went out to the parking lot, sat down in my truck and took snapshots of several iconic photos.”

Lotze posted the photos to a few Facebook groups. Within four hours she made contact with the family.

She met Valerie Jones, the daughter of the couple in the photos, and gave her the album.

It’s an album Jones remembered looking at growing up, showing the special moments between her parents that started their family.

Receiving the album was made even more special because now the people in the photos live on only in Jones’s memories.

Jones lost her father two years ago this October, and her mother just this past August. She believes the album was mistakenly donated while she and her siblings were clearing out some of her mothers’ things.

“I’m grateful to have it back,” Jones said. “I feel like I have the happiest day of my parent’s life right here in my hands.”

While her parents might be gone, now Jones can always have that special piece of their special day to flip through and remember.

“It’s a treasure, and I get to look at it whenever I want to,” Jones said.

RELATED: Bonded by faith: Nurse who cared for a baby in hospice is now taking his high school senior photos

RELATED: Do you know them? Man hopes to reunite family with portraits he found in alley