Often confused with Halloween, this holiday holds a valuable relevance worldwide aside from its staple sugar skulls and candles. 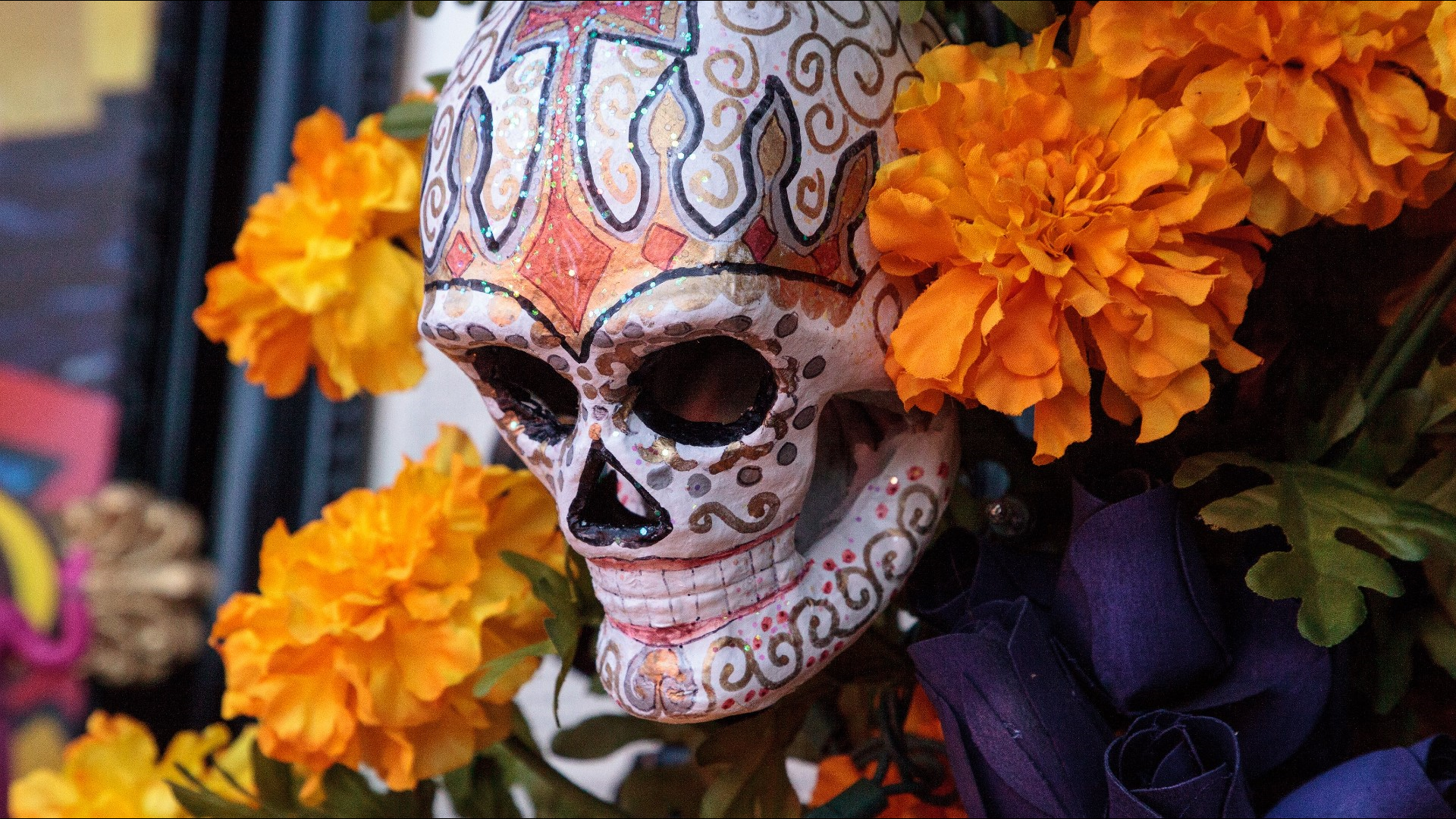 DENVER — Dia de los Muertos, known in English as Day of the Dead, is a Mexican holiday that represents when people of Latin American countries and the U.S. honor their ancestors.

The holiday commemorates the return of deceased relatives and loved ones to Earth to celebrate with their loved ones during the two-day period, according to UNESCO. The celebration also represents how influential Mexico's indigenous communities were when developing the holiday.

The holiday combined pre-Hispanic religious rites brought by Spanish colonizers and indigenous Aztec rituals, according to National Geographic. Dia de los Muertos is celebrated on All Saints Day and All Souls Day, two days that are part of the Catholic calendar.

The holiday's rituals honoring the dead dates back 3,000 years in pre-Columbian Mesoamerica, according to History.com.

Who is La Catrina?

La Catrina soon became a popular symbol in Mexican culture and served as an influence for notable Mexican artists like Diego Rivera and Jose Clemente Orozco.

The iconic Catrina can be found at the center in Rivera's mural, Dream of a Sunday Afternoon in Alameda Park alongside Posada.

It's a seemingly decorated altar designed as a shrine to both honor and display offerings for ancestors who are returning to Earth to reunite with their loved ones.

What is pan de muerto?

Pan de muerto, or Bread of the Dead, is a sweet bread baked and offered as a type of ofrenda that is part of an altar. Its delicious texture and intricately detailed designs make these a must while celebrating Dia de los Muertos.

Ofrendas are offerings that are placed on the altars so they're visibly available for ancestors visiting Earth during the holiday.

Aside from photographs and personal belongings set on the altar, candles, sugar skulls, pan de muerto, flowers (typically marigold flowers) and incense are offered as a gift and guide for these ancestors.

How did it impact popular culture?

With the popularity of Disney's animated film "Coco," the holiday served as the film's inspiration and gained a younger fanbase while educating viewers about the holiday's importance in Mexico.

The film follows the journey of a young boy who travels to the Land of the Dead and meets his ancestors, who then teach him about the holiday's significance.

This year, there's an array of events and businesses holding their Dia de los Muertos celebrations throughout Denver.

Have a recommendation for where Dia de los Muertos will be celebrated? Email us at webteam@9news.com.

RELATED: 9Things to do in Colorado this weekend: November 1-3