Rilynn ran in the 5/3 5k to raise money for another little girl battling a form of Leukemia, and presented the check to her at an Ionia Girls Softball game. 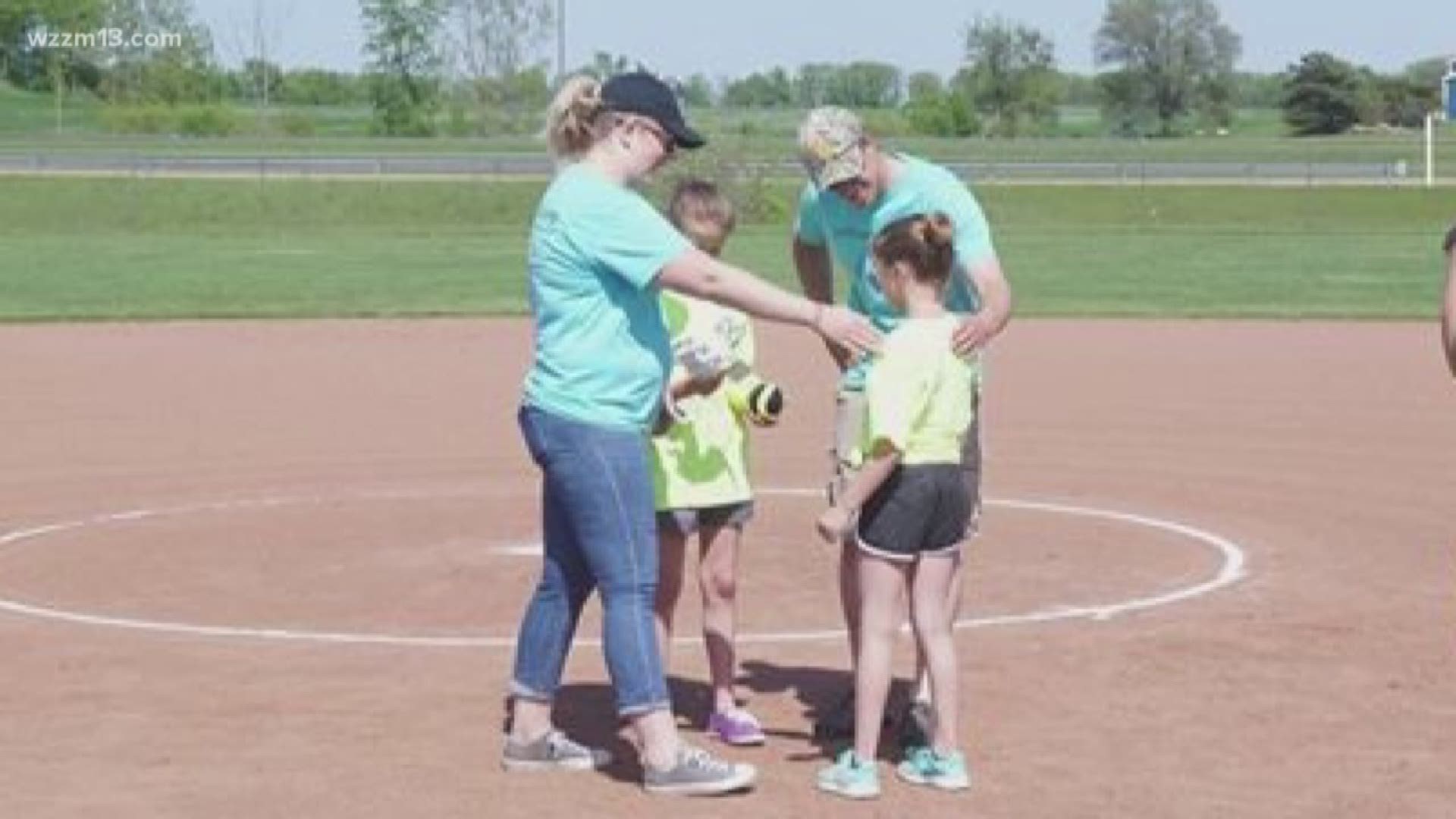 We've got a One Good Thing follow-up today. I recently told you about little Dalilah Tubergen. She has a form of leukemia, and her classmates really stepped up to make sure she knew she isn't alone in her fight. That support continued.

Nine-year-old Rilynn Flanders ran the 5k portion of the Fifth-Third Riverbank Run in Dalilah's honor. In the process she raised more than $800 for Dalilah and her family. Wednesday, Dalilah was throwing out the first pitch at the Ionia Girls Softball game. Rilynn was there, and presented her the check.

And there's even more to this story. Rilynn and Dalilah didn't really know each other. But, about three years ago, Rilynn's father, Chris - who is a police officer - was dispatched to a 30-year-old unresponsive female. That woman, was Dalilah's mother, Stephanie. And he helped save her life.

There is so much good going on in this story, I don't know who to end it with. But, Rilynn, for your generosity - you get One Good Thing. Chris, thanks for everything you do as a cop. Stephanie, we're glad you're ok. Dalilah - keep fighting, kid.

If you have a One Good Thing you'd like to submit - someone or something that makes West Michigan a good place to live - email me at OneGoodThing@WZZM13.com.