One Good Thing: Mother gets grant for 6 book boxes to feature work from black authors

A local mom wanted more books that her daughters could relate to. The idea took off. 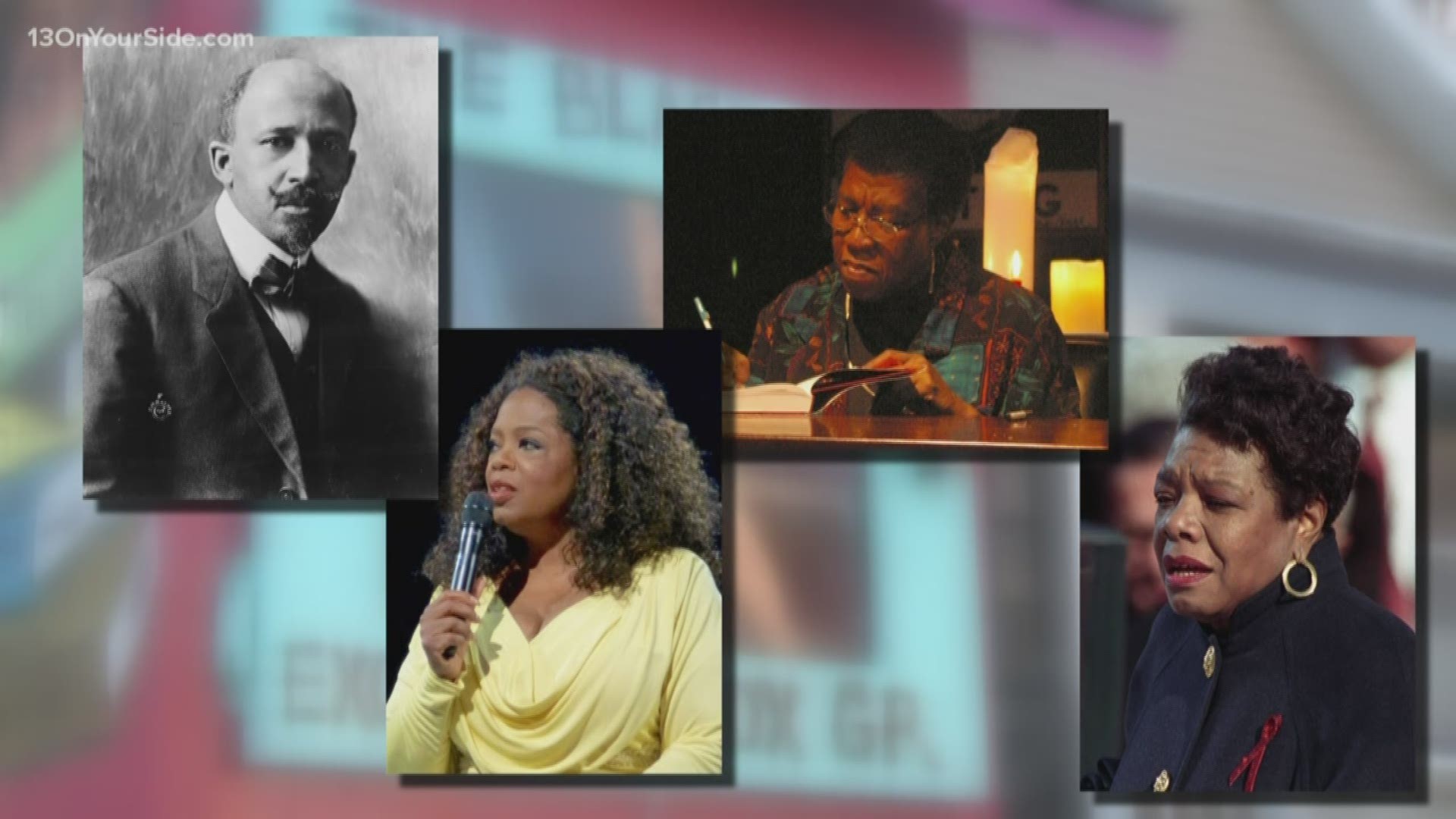 GRAND RAPIDS, Michigan — The best stories do one or more of several things: they take you somewhere, teach you something or just really entertain you.

It helps if you're able to somehow relate to the characters. The lack of that particular literary connection is the motivation in one local woman's story.

You see them nearly everywhere. Along busy streets. Across from schools. Or off the beaten path in quiet parks. Little Free Libraries offer within them an escape from the world outside them.

"The one around the corner, my daughters would visit," said Aarie Wade.

Wade found that option—and many others like it in predominantly white Kent County—lacking.

"They would bring books back that didn't look like them. Didn't represent them or their culture," Wade said.

Coincidentally, the mother of two, was gifted a book exchange box which now sits outside her home on Francis Street in the Garfield Park Neighborhood in Grand Rapids. What makes this box different, however, isn't the story behind it but the stories inside of it.

"I wanted that for my community and my children to see the beauty of multi-cultural books," said Wade.

"People of color get overlooked all the time," she said. "But our stories and culture is rich.  And I think it should be shared with the world."

That one box was so successful, she applied for a $2,500 city grant. It paid for five more boxes, constructed by the Center for Community Transformation which— among other things—teaches young people building skills. And they were painted by artist Ella Luster Webber.

"I was proud that our city saw that was worth investing in," Wade said.

Her next step: figuring out where to put the next six boxes with the second $2,500 grant she's recently received.

"Hopefully people are inspired to create their own Black Boxes that represent their cultures, Hispanic, Asian population.  I would be so cool to see other cultures embrace and take that idea and so the same."

Now, this isn't a part of the Little Free Library system.  It's called the Black Book Exchange Box GR.  If you want to know more, check out her Facebook page. Aarie Wade gets today's One Good Thing.

If you have a One Good Thing you'd like to submit — someone or something that makes West Michigan a good place to live — email me with your photos and-or video at OneGoodThing@13OnYourSide.com.